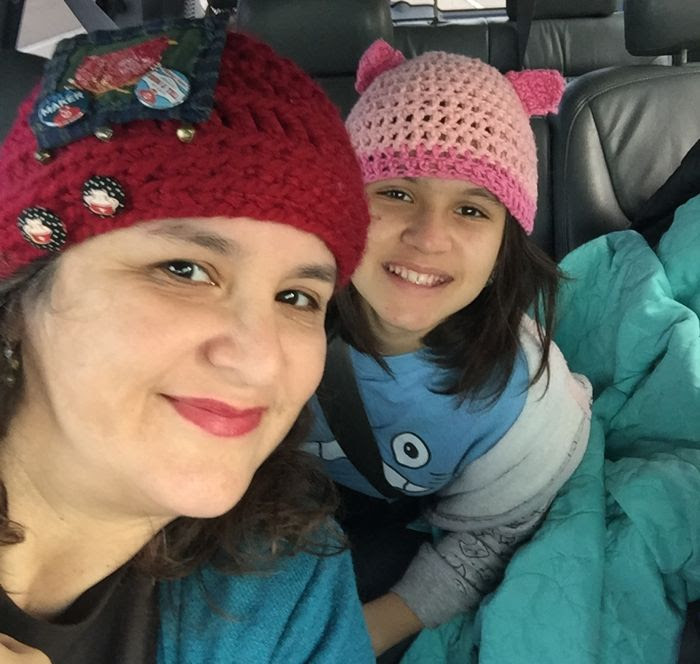 On the way to San Diego, Maria and I talked about what we were marching for. We've had many such talks, good ones, necessary ones, hard ones. While Geoff drove us to the Women's March, I hastily posted a selfie to FB, with a quick summary of our interests and concerns. We went to march for "peace, for STEAM, for love, for respect, for democracy, for our rights, for science, and for the ideals we hold and practice through Benevolent Order of Makers."

I went feeling anxious, a bit apprehensive. Later, on the Internet, I saw a sign I could have carried, "So bad, even introverts are here." I didn't want to be the target of hate, to yet again defend myself, and my daughter, from sexist barbs, racist aggressions, dogmatic rhetoric. I didn't want to be jostled around in a crowd of angry protesters, rants, or senseless chanting. And even though I had good feelings, and hopeful thoughts, too, it was actually all of the Women's Marches in other countries, posts about Rome and Tokyo, Antarctica, Canada, England, Scotland, Spain, Belgium, that gave me the push and courage I needed. Seemingly everywhere, on every continent, people were standing up, moving forward and coming together for the sake of human justice, to address the fears, concerns, and rights that we hold dear, aspire to attain or safeguard. My fellow Earthlings! Thank you! The resolve and hope you showed me restored my faith and will.

The Women's March in San Diego was good. It was calm, it was uplifting, it was informative, it was affirming. It made me feel supported, and eager to reaffirm my support of women, men, children, our environment, our neighbors, our ideals. There was no violence, even in the midst of differences, of varied stances and degrees of expression. How many thousands of men and women and children, and even a piglet, were we marching with, and Maria and I did not hear one unkind remark or see a hostile rebuke. Even most of the angry anti-Trump slogans were more pragmatic than violent. Truly, all in all... it was a day best summed up by one of our favorite chants, "This is what democracy looks like!

I wish you could have been there. That's how I feel whenever I've had a positive, uplifting experience, when I have been reinvigorated and bolstered. Even when art, or expressions, were a stretch for my sensibilities, I found that I was happy to reach a new understanding, find common ground, and was stimulated by the challenge of appreciating the freedom of people to make many expressions. There was no whining, no crying, no special snowflake imploring. It was a great movement of civic discourse, duty,

Sadly, I have read at least one commentary on the March from a woman who proudly does not support the March, and did not attend... she listed all of her objections and the perceived offenses, she admonished us, and said, "quit blaming, take responsibility... But do not expect for me, a woman, to take you seriously wearing a pink va-jay-jay hat on your head and screaming profanities and bashing men." There was more, and I can see that she would not have been happy at the March, even though no one was bashing men, screaming profanities, or indifferent to any of the suffering endured by women around the world, and I did not see one vagina hat. Vagina. Vagina, Lis Arndt. It's a part of our anatomy, and it has a proper name, and I've been inspired by some intelligent, artful, political, humanist, and kind women and men to take back our bodies and the words hurled at them. Pussy is a cat, and if you grab mine, I will defend it, and a "va-jay-jay" is a silly and demeaning way of commenting on the part of my body, and every woman's, that should never be grabbed, nor pinched, nor raped by men who feel entitled, or think they "no longer have to be politically correct."

So yes, I went with my own ideas and principles to defend and march for, and Maria has her ideas and concerns, and because I was paying attention, and listening, I learned some things, too. It really was quite a good day.

"When you talk, you are only repeating what you know. But if you listen, you may learn something new." ~Dalai Lama


With Infinity More Monkeys, a picture a day.
Posted by Natalie, the Chickenblogger at Saturday, January 21, 2017 4 comments

Links to this post
Email ThisBlogThis!Share to TwitterShare to FacebookShare to Pinterest
Labels: American Dream, California, Maria, Read It, What I Think 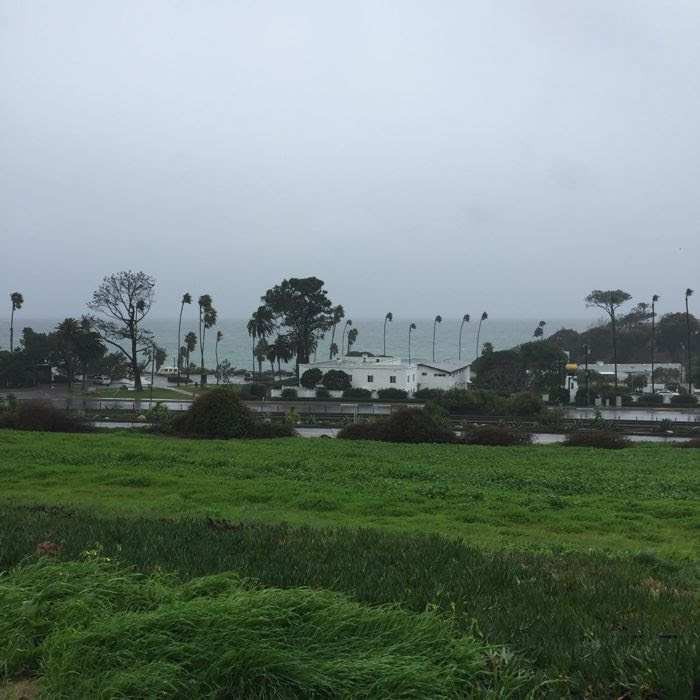 The devil whispered in my ear "You are not strong enough to withstand the storm."
Today I whisper back, "I am the storm."

With Infinity More Monkeys, a picture a day.
Posted by Natalie, the Chickenblogger at Friday, January 20, 2017 0 comments

Links to this post
Email ThisBlogThis!Share to TwitterShare to FacebookShare to Pinterest
Labels: American Dream, Beach, California, Read It, Weather, What I Think 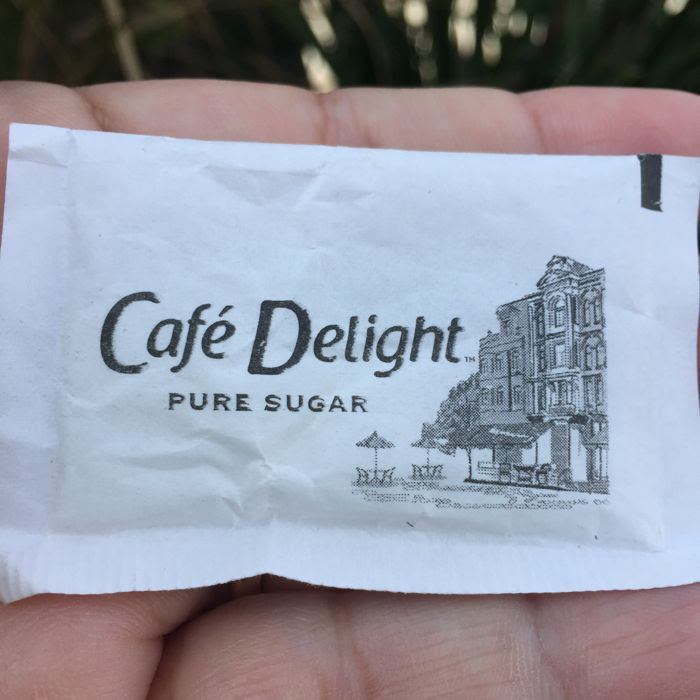 On Friday the thirteenth, I was with Max, at his school, and I drank some coffee. Having picked up too many sugars, I put this one packet in the pocket of my raincoat, and promptly forgot all about it, until I happened to pull it out the day after Jennifer found herself dreaming of pure sugar. And I felt such a glow and delight to think of why this small discovery was so nice.

Jennifer and I share a long history of synchronicity... countless connections, similarities, simultaneous happenings, common thoughts, kindred feelings. We don't look for them, or attempt to make more of them than what they are... because when they happen, they are of themselves distinct and dear enough to make us smile, and know, though we are many miles apart, we are somehow, sweetly, linked.

With Infinity More Monkeys, a picture a day.
Posted by Natalie, the Chickenblogger at Thursday, January 19, 2017 0 comments

Links to this post
Email ThisBlogThis!Share to TwitterShare to FacebookShare to Pinterest
Labels: Friends, Gratitude, Heart and Soul, New England, What I Think 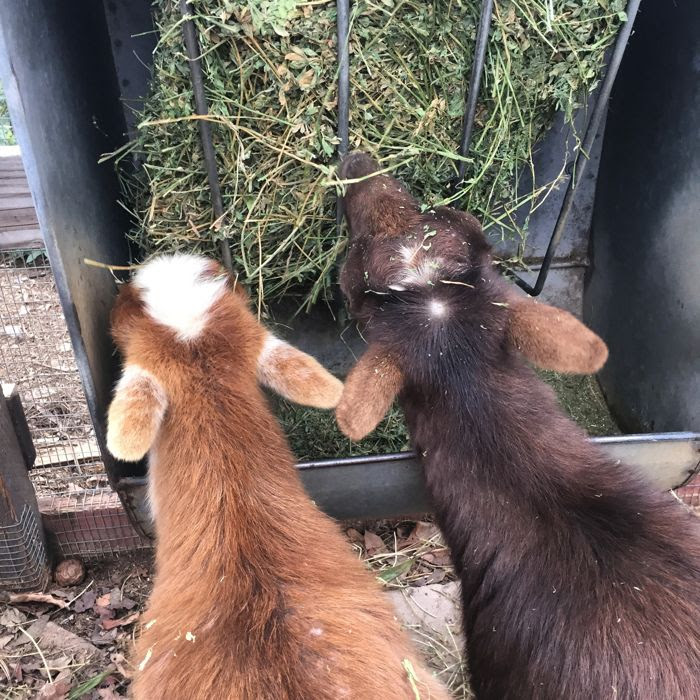 Alfalfa is the feed of choice in this brisk and wet winter. The goats are very appreciative. Lots of ground cover going down to cover over the mud and muck. It's been a busy stretch managing things through our storms.

With Infinity More Monkeys, a picture a day.
Posted by Natalie, the Chickenblogger at Wednesday, January 18, 2017 0 comments 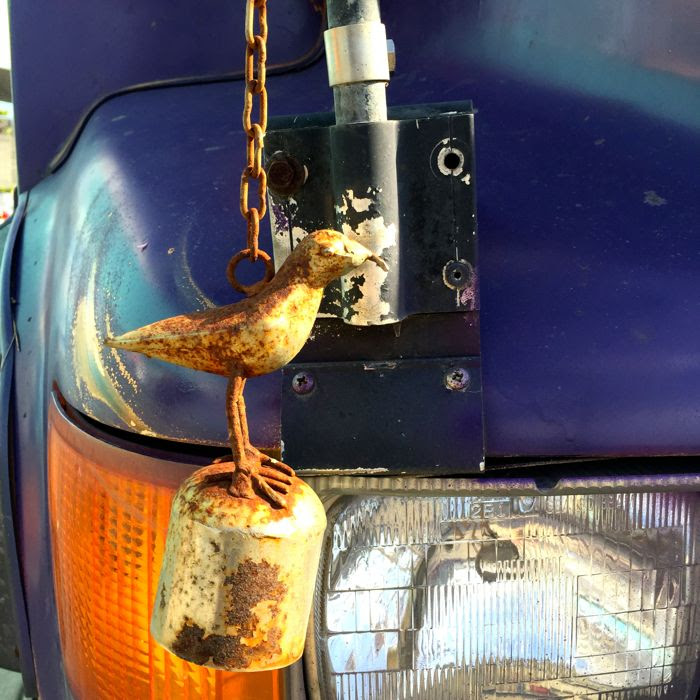 One detail on an art bus. The bus smelled distinctly like nineteen-seventy something... I guess that would be old wood, patchouli incense, beach sand.

With Infinity More Monkeys, a picture a day.
Posted by Natalie, the Chickenblogger at Tuesday, January 17, 2017 0 comments 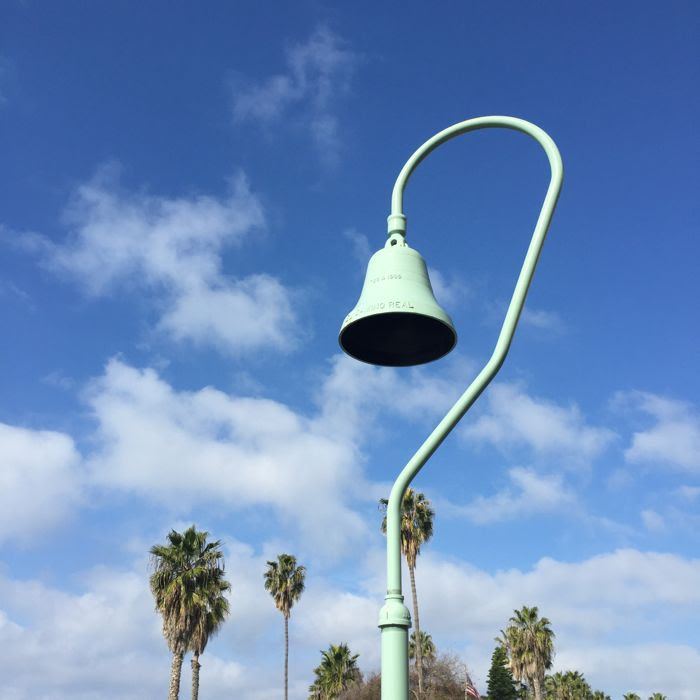 A place in history.

With Infinity More Monkeys, a picture a day.
Posted by Natalie, the Chickenblogger at Monday, January 16, 2017 0 comments 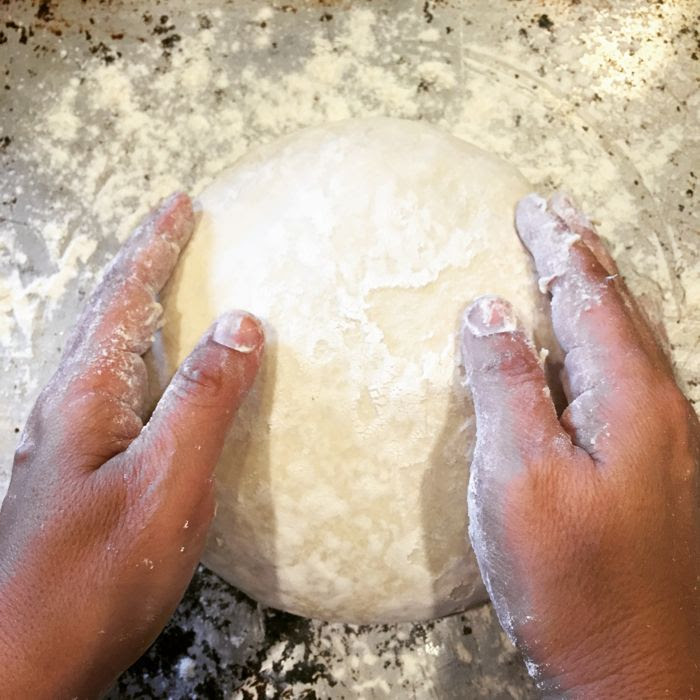 Preparing for a community dinner. The ultimate measure of a man is not where he stands in moments of comfort and convenience, but where he stands at times of challenge and controversy. ~Martin Luther King

With Infinity More Monkeys, a picture a day.
Posted by Natalie, the Chickenblogger at Sunday, January 15, 2017 0 comments