Weigh Hey and Up She Rises! 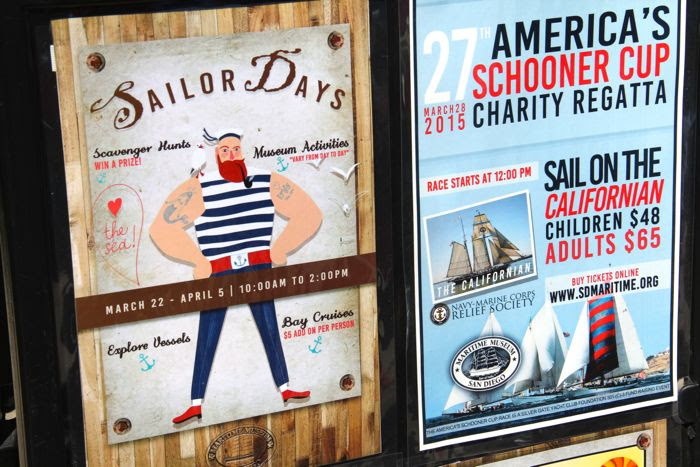 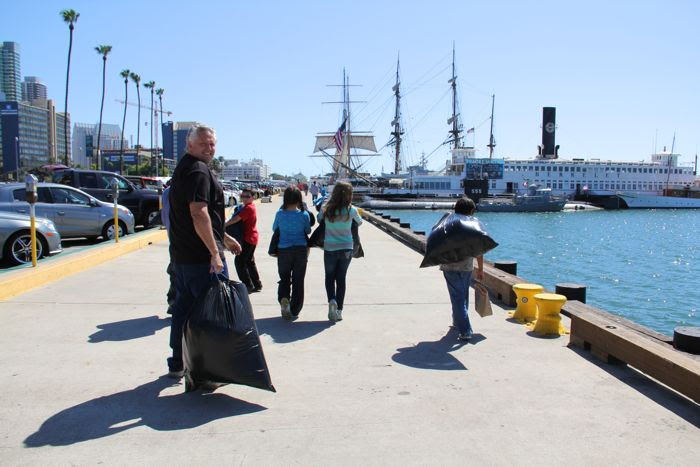 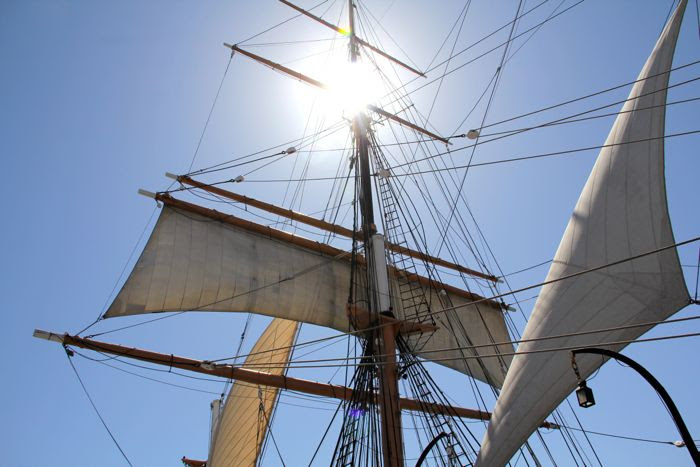 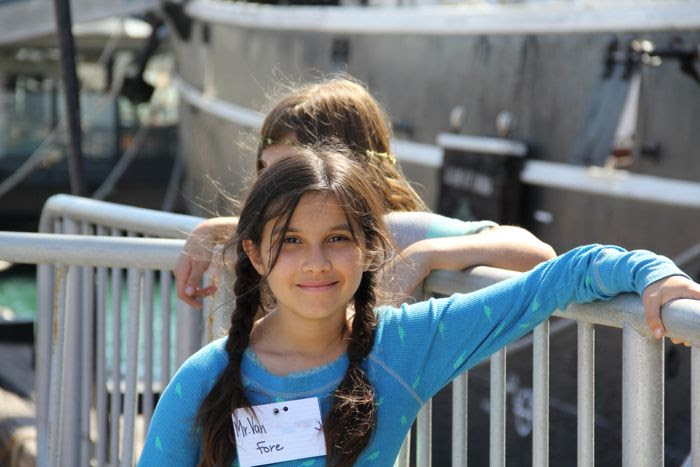 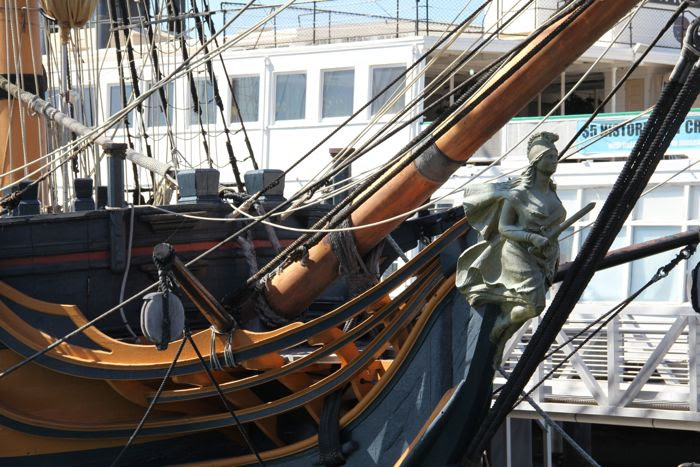 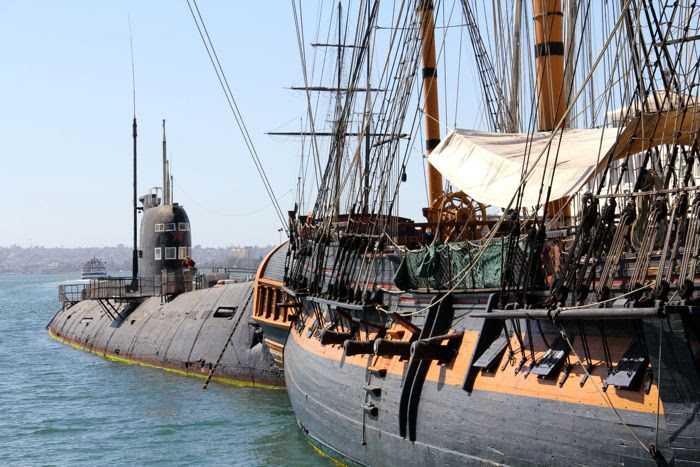 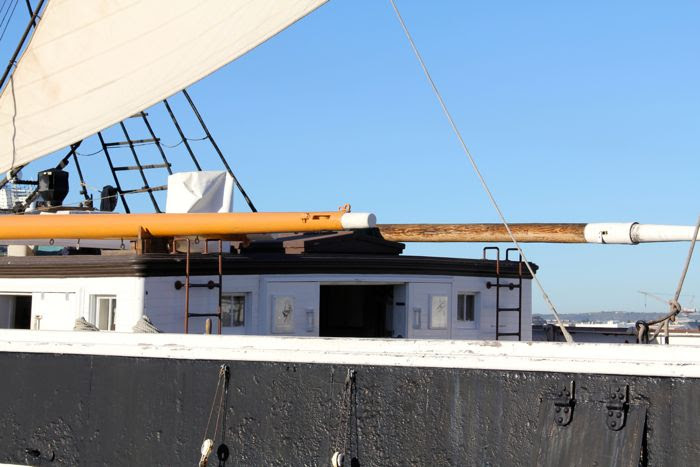 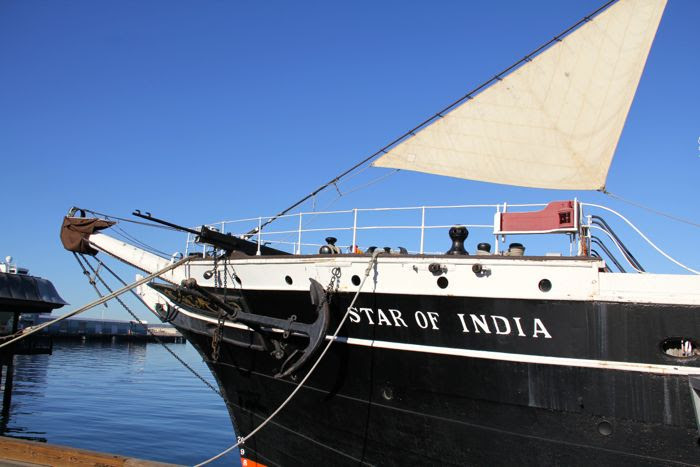 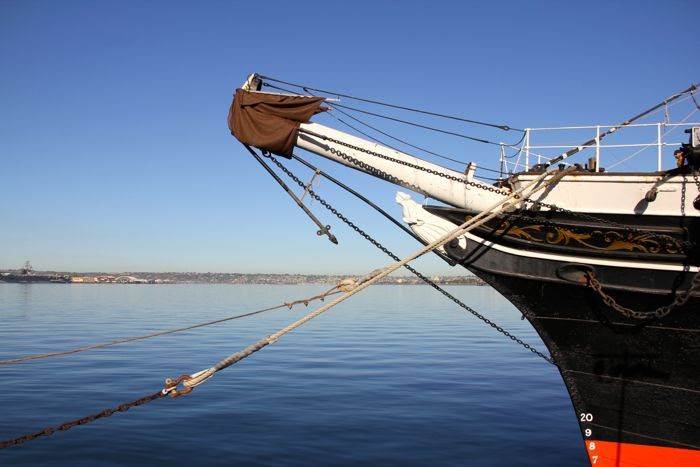 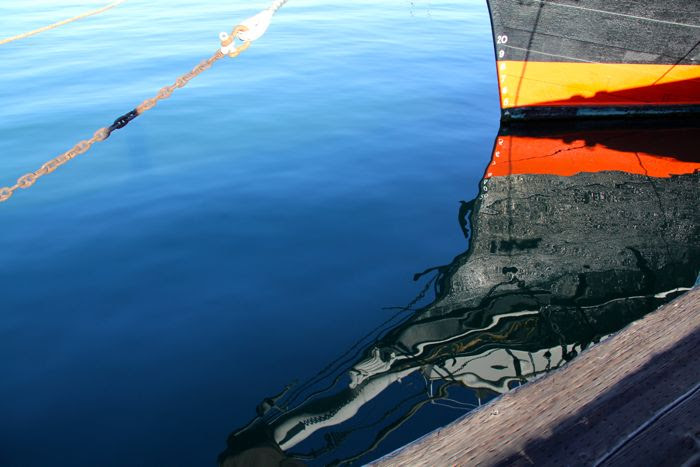 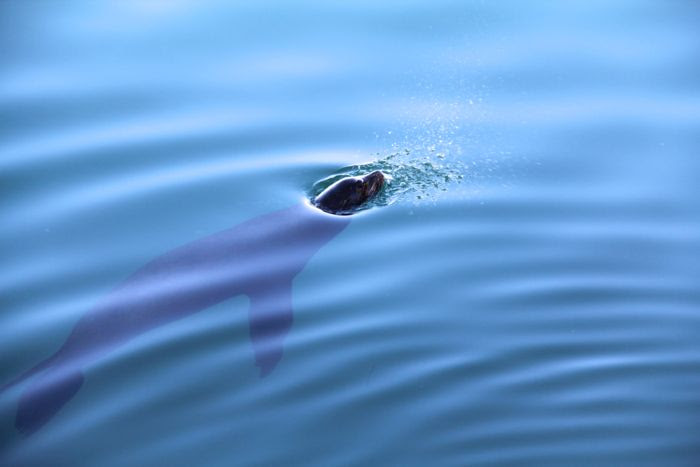 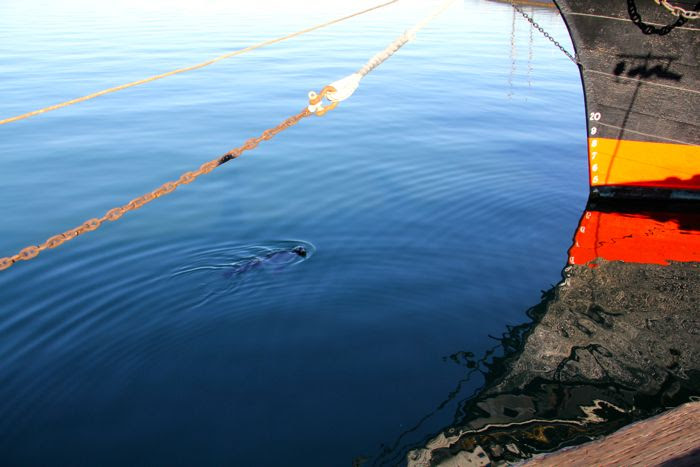 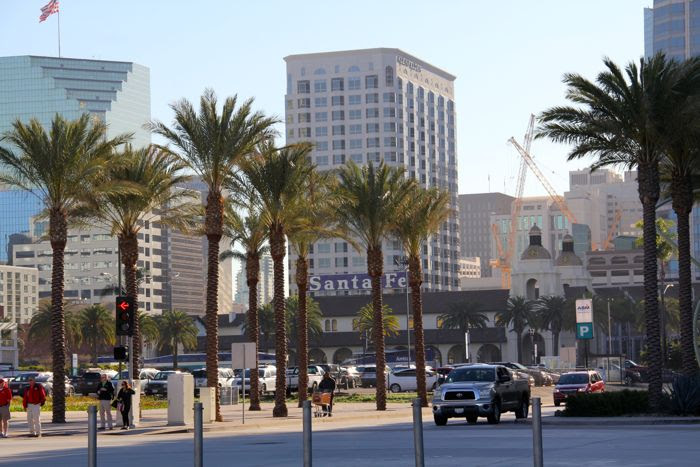 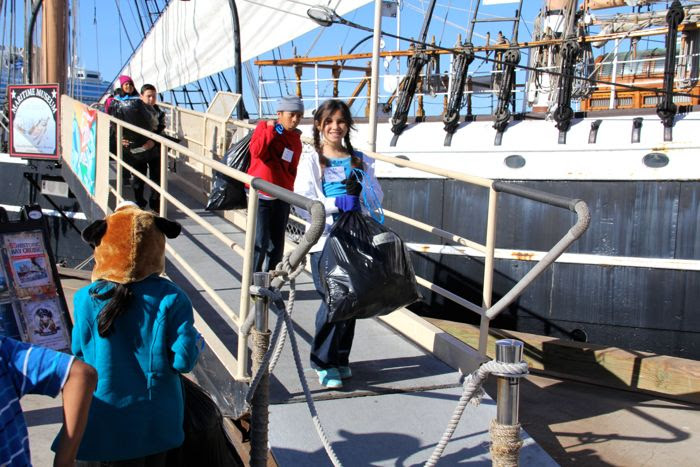 Fourth grade. Maria has anticipated fourth grade, and its special activities and rites of passages, since first grade. It's the same for fifth and six grade... she's known about the egg drop from the hundred foot ladder truck, and camp in Cuyamaca, and she has been eagerly anticipating, even preparing for all of it, since she was six years old. And now, she has experienced a big one, the night on the Star of India, working as a mate aboard the world's oldest active sailing ship with her classmates, teacher, and best of all, her dad as one of the chaperones. When I realized that Geoff's break might align with this trip, I was excited, too, because it was such a great opportunity for him to participate in something very special. As a driver to and from San Diego, I did get snippets of their experience, like hearing the captain remind parents that they needed to be there for safety, as observers, but should otherwise "Sit on your hands, and keep quiet," because this adventure is about the children, not adults out to prove they are the smartest fourth graders! Funny, and wise. Parents were not in their own children's groups, either, so as much as possible the students could immerse themselves in 1850, sailing to California for a gold rush opportunity. Maria's wish to be a mate, taking orders from the first mate, and taking charge of her own crew, came true, and she was assigned to the fore deck, and walked the first watch until 11 o'clock at night. They ate rat stew, and slept below decks on the ship's wood floor. They even slipped into the long, dark and narrow passage to inspect the bilge! They raised sails, heard yarns, and swabbed the decks. And they sang! And danced! All the songs Maria and Geoff have been learning, those unsavory lyrics, and funny tunes!

Everyone came off the ship smiling and well-worn out, some a bit bewildered... either lack of sleep or the return to the 21st century was to blame. Maria is still beaming, three days later, and still singing those shanties, Geoff, too. Geoff says it was something he will never forget, and he's glad he went. Maria is bursting with stories, and marvelous little facts and tidbits about life on a ship, her duties, and sympathies. For me, it was a chance to step back, and wait and see. It's bittersweet to see that overnight, Maria grew. I can't help wanting to be part of everything she does, to be needed, but this life of hers is blossoming so nicely, I am very happy to enjoy the sweetness of her making it her own. Next year: That much anticipated egg toss from the hundred foot ladder truck! And, we solemnly vow to leave all the engineering and construction of her egg cage in her very capable hands!

Geoff and Maria are up. Geoff's got an ear-worm, and has been whistling the one about Nelson's blood {shudder... what a gruesome yarn that goes with that shanty!} The tune echoes in our empty living room. This Chcikenblog post brought up more stories from their voyage, and Maria mentioned, in passing, something about everyone 'getting their fates,' and I had to ask her, 'Fates?' All the sailors chose either to stay on the ship, be dropped off in the Sandwich Islands, or head to the gold fields of California, and then next morning they received their fates. Maria said hers was one of the weirdest fates: "I chose to go to Hawaii, the Sandwich Islands, but then I was struck by lightning while on board the ship," she paused for dramatic effect. It worked. I did not think this was a happy fate, and then she added the weird bit, "The lightning strike left me 'enlightened,' and I became a fortune teller in Hong Kong!" Weird, indeed. Geoff's fate... it's so plausible I can't stop laughing: He chose to stay aboard the ship, and his fate? Well, naturally, he worked hard, rose through the ranks, and this led to him eventually {inevitably?} becoming captain of his own ship! I love it.
Posted by Natalie, the Chickenblogger at Saturday, March 28, 2015 5 comments

A single photo, capturing a moment from the week.
A special moment. A moment I want to remember.

If you're inspired to do the same, leave a link to your 'moment' in the comments, for all to find and see. 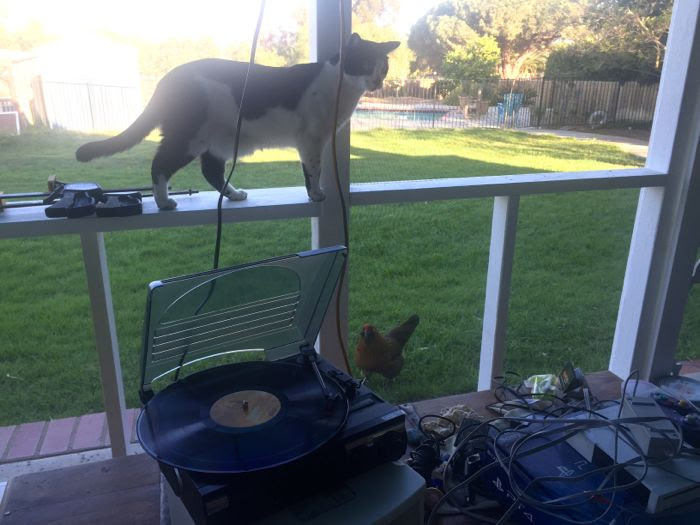 H.M.S. Pinafore on the porch, with a cat, and a chicken, in spring.
Posted by Natalie, the Chickenblogger at Friday, March 27, 2015 2 comments

The Chain Reaction Spreading Far and Wide, and Other Domestic Perils 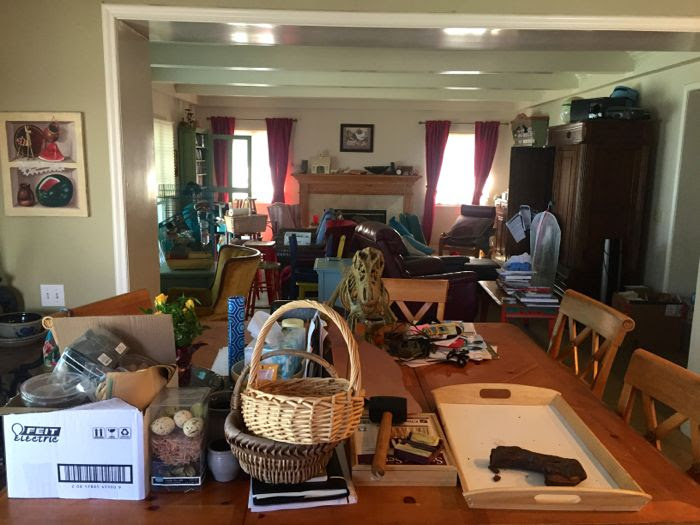 We are in the middle of a simple little update to our existing porch. Nothing too elaborate, you know. Just add a roof, replace rotted beams, add some metal brackets to hold things up, slap some screen fabric on there, maybe paint a bit. Easy peasy. Lemon squeezy.

Actually, I do not have a single complaint, not one... okay one: We had to order doors three times! But that's been it... the only hiccup in this whole venture. {So far.} Easy peasy. Lemon squeezy. And I have always wondered if it's possible to go through a remodel or construction in an orderly, stress-free, timely manner, because it seems to me, from plenty of first-hand experience, that Home Improvement is synonymous with Headaches, Trials, Setbacks, Delays, Collateral Damages, and Moments of Profound Regret.

Now I am learning something new: When things run smoothly, when the results look great, and no one has been to the ER, or moved into a motel, there is a temptation, a huge compulsion, to keep going, to add more to the To-Do List of Wishful Thinking. And that, my friends is where we are today... on the cutting edge of doing a little bit more. Nothing too elaborate, you know, just repair the ceiling from the rain leak damage in the living room, then replace the broken tiles on the fire place hearth, rip out that grey-brownish carpeting that was once... light beige? It's a chain reaction! Somehow, nearly every room in the house is affected, as we move things around, making way for painting the porch, or reassigning furniture for a new purpose, culling the art supplies from the cabinets and drawers throughout the house, that will all reside on the porch. While we are at it, moving and shifting, we are also purging. Cleaning. Yeah, that's why it looks like an ol'curiosity shop, and salvage yard. It looks like this because we are cleaning, and working, and facing mounds of domestic perils.

Last night I spied the window dressings that hang above two windows and the doors in our kitchen. They're plaid, a shiny fabric, well made, and (once) well suited to the room... but. Not my taste. Not offensive, mind you, but as we really settle-in, and make the Bird House our own... those curtains are suddenly glaring at me, clashing, and begging to be updated. Alex agreed, adding, "They make the windows look like Colonial women in bonnets." And so, the chain reaction spreads, and our Colonial look has got to go!

Quick question: If your living room had not been painted in 11 years, and it was empty of furniture and flooring, wouldn't you feel compelled to paint it? Maybe a new color, or at least a fresh coat of the same?
Yeah. I thought so, too.

A mystery metal piece Alex found on the beach, that is being investigated by the Maritime Museum.

The dining table.
Posted by Natalie, the Chickenblogger at Tuesday, March 24, 2015 1 comments 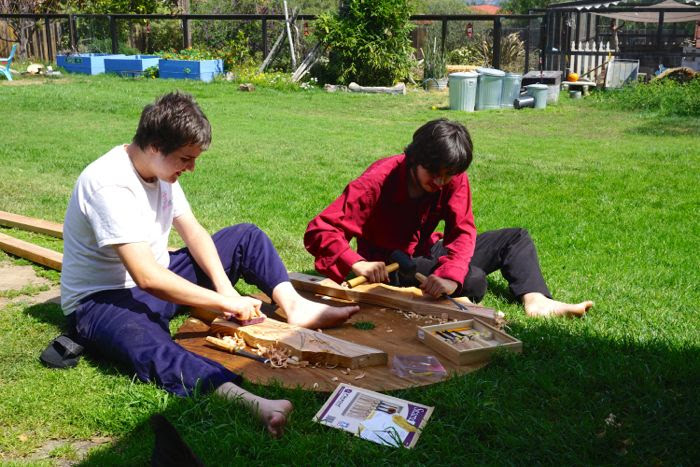 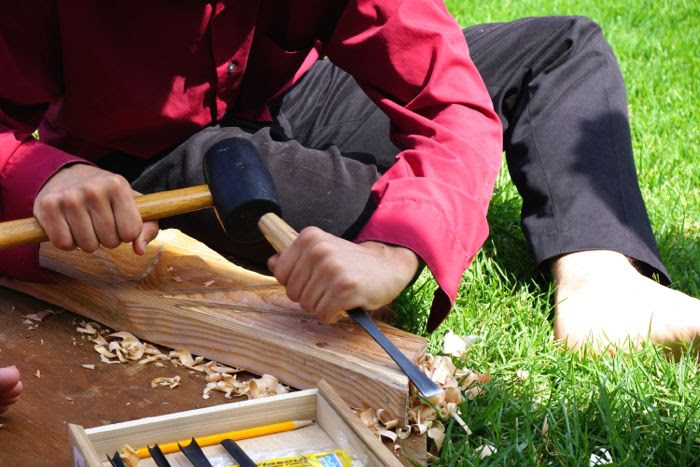 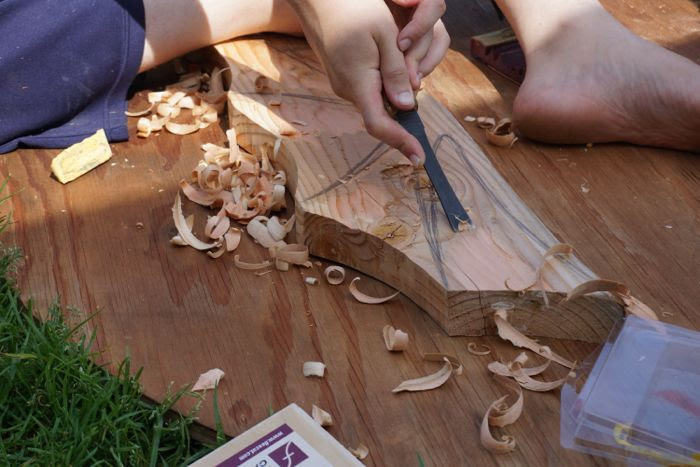 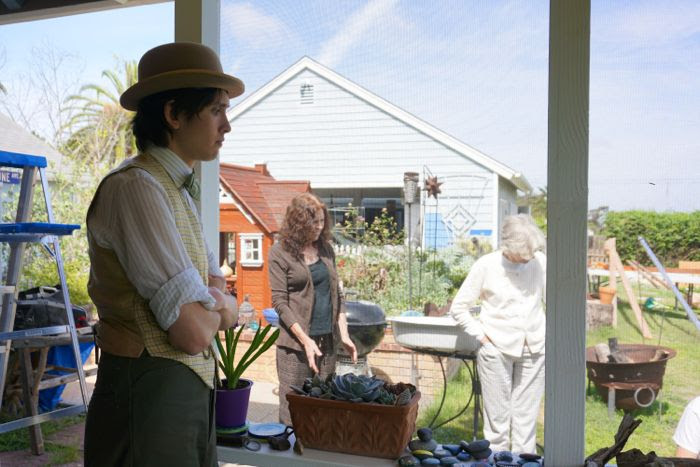 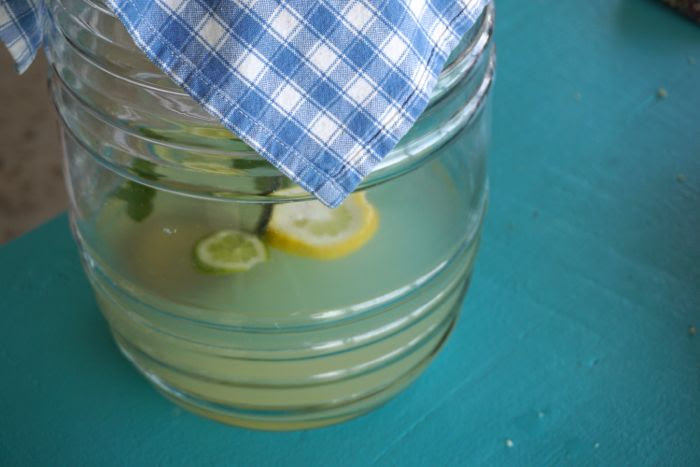 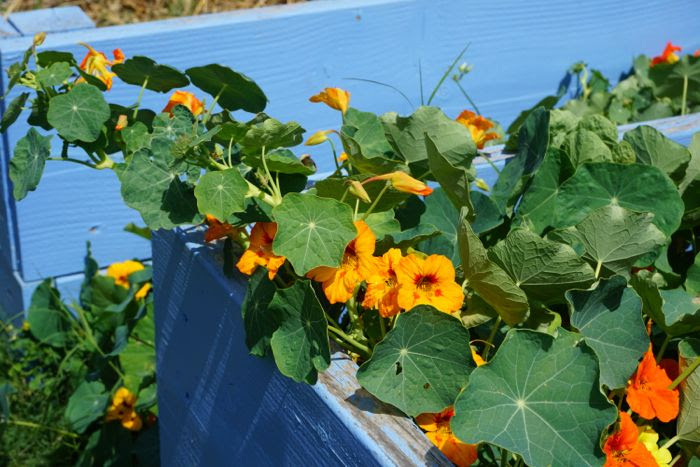 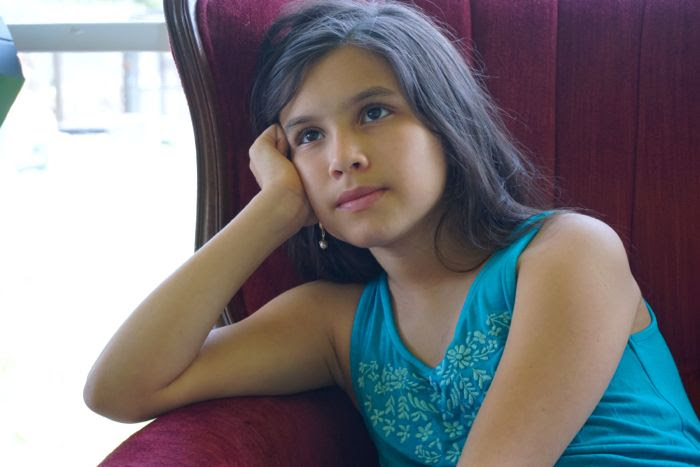 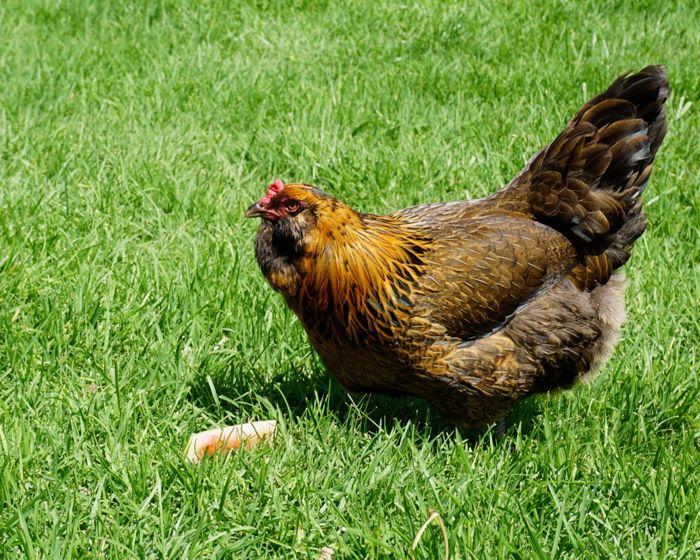 Aunt Margie is in town, visiting from her Chicago home. I have such happy recollections of visits with Margie. There haven't been nearly enough visits, but each of them of them has been very nice. We shared St Patrick's Day dinner at Tutu Ruth's, and a rousing game of white elephant with dearly wrapped gifts from Margie. We brought home a collection of light-up toys and fiber optics... fun stuff that the kids made a show of all the way home. Then yesterday, Tutu Ruth and Margie came to the Bird House for a late morning brunch... {or, is late morning the definition of brunch? Never mind.} We feasted. Good food, and good company... I just love how those two enhance each other. We walked through the neighborhood, which is a particularly pleasant thing to do when someone has been enduring a long winter! Margie was delighted with every green leaf and blossom, even the flies were appreciated. Anything was better than freezing temperatures!

{Oh shoot! I just remembered that I forgot. Darn. I wanted to sit with Margie and have another crochet lesson from her. Seven years ago she (tried) to teach me a unique kind of double-waffle stitch... it's difficult to start, but easy once it's passed the first two rows, but I cannot remember how to start it. I need a refresher!!}

Alex and Max started on the carving of the Viking tent's A-frame... our genuine inauthentic Viking tent. The tops of the tent poles will be carved as dragon's wings. I guess I lost the petition for the Viking tent to have a chicken aesthetic!

2. Being invited for another delicious dinner prepared by friends Mark and Jola.

3. Maria enjoying the challenge of learning a new dance to perform for an Art Festival.

4. Math 24 coaching for Maria from Alex S and Jola.

5. The return of Mike, and the commencement of phase two: Finishing the porch, and repairing the ceiling of the living room, etc... Things are looking really amazing around here.

6. Things are upside down, shifted, and in an upheaval, too... but I like where things are going!

7. We are getting close to spring break.

Blogging has slowed down, for a number of reasons, and not just here, but all over the blogosphere. It seems to be a fading genre... it's certainly changed since I started 13 years ago. I've toyed with quitting, often. But today, searching through archives, recalling wonderful moments from long ago, I am reminded that Chickenblog is a nice diary, a precious scrapbook. I may not post everyday, or about every passing event, but I don't think I can ever quit blogging, not for reals. As always, engagement is the best part of blogging, and if you would like to share some good things from your week... please do~
Posted by Natalie, the Chickenblogger at Monday, March 23, 2015 2 comments