Tonight our moment is brought to us by the massive Southwestern power loss. Will school be cancelled? Will it snow? Will people keep their wits about them? Stay tuned.

In other news, one last chica is trying to hatch. The Silky sisters seem to have their wings full with the first six, and it appears they have abandoned this one. No power= no heat lamp. We hope for the best.

Time to grill dinner, set up candles, and settle into what may be a very interesting evening.

My fellow Californians: peace, calm, common sense! Quit honking in your cars. No looting! Save face. Stand tall. Eat beans. We shall overcome.
Posted by Natalie, the Chickenblogger at Thursday, September 08, 2011 5 comments

Links to this post
Email ThisBlogThis!Share to TwitterShare to FacebookShare to Pinterest
Labels: California, Life and Details, Summer, What I Think, Wore It 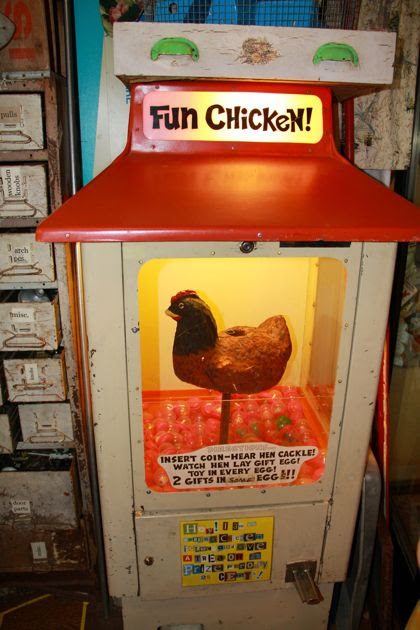 Today, this fun Chica is a tiny bit whiny.

I need to cackle, a little bit.

#1 I have cootie eyes... they feel reluctant to open, and heavy, feverish.
#2 I have cootie throat... tender, sore, on the verge of a meltdown.
#3 Someone forgot to do all the laundry, file all the paper work, and write an interesting blog post.
#4 A rattlesnake was seen entering our carport. Seriously? Seriously. Not good.
#5 I don't wanna (insert any number of adult activities of a responsible nature)
#6 Starting now, I gotta kick my own posterior and make stuff happen.

Sorry, all cackle, and no gift egg.
Posted by Natalie, the Chickenblogger at Thursday, September 08, 2011 4 comments

Mamas and Their Chicas 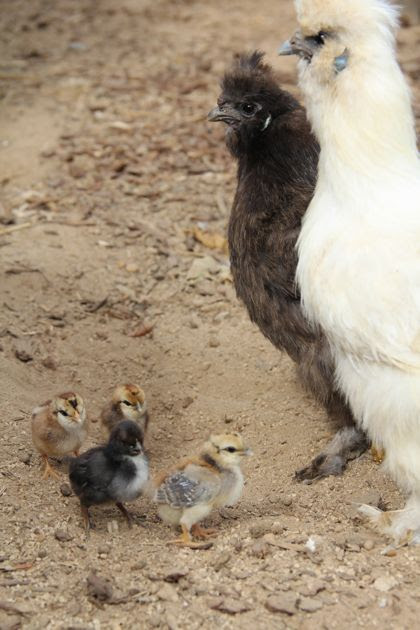 ::Smaller chicas in back are the latest to hatch. They are barely two days old. Two chicas in the foreground are almost a week old. Puff and Zelda are the Mamas.::

In Spanish chicas are little girls. And that is exactly what we are hoping each of these precious chicks are, chicas! 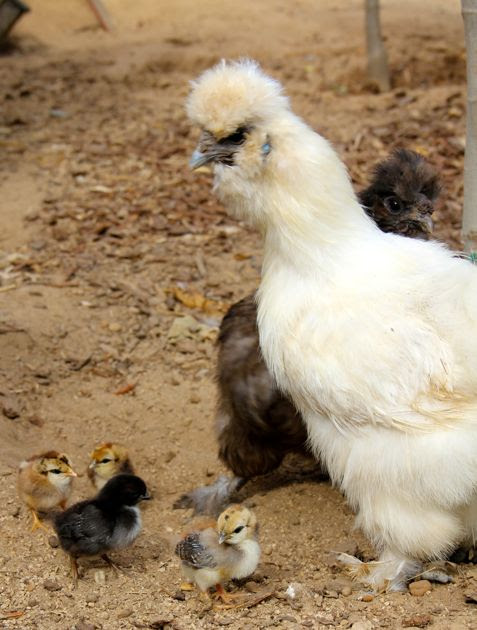 The Silky sisters, Zelda and Puff, are Mamas. Between them they have hatched a happy little clutch. 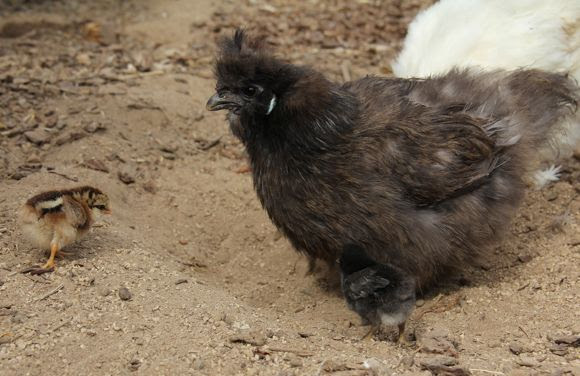 There have been some losses, which is heartbreaking, and yet it has given Maria the opportunity to appreciate the natural world for it's beauty and frailty. Books and classes are good, but the intimacy of life and it's processes are best appreciated up close. While retaining her regard and tenderness, she has reached the point where I thought: She could be a doctor, a forensic pathologist, a research biologist, a real farmer. She was very observant and inquisitive about Tuck's condition. And she has gained sophisticated knowledge of the hatching of chicks, embryos, placenta and umbilical cords, blood. 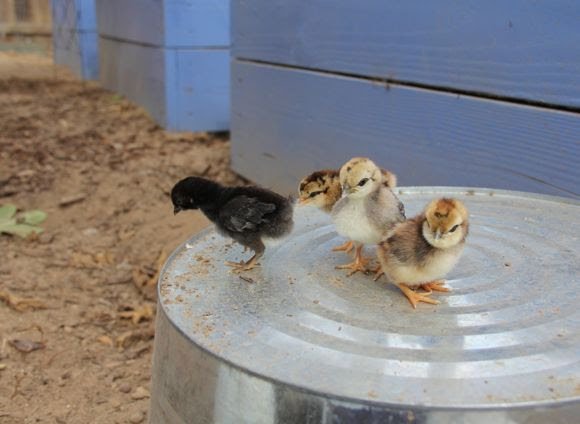 The older chicas have stretched out their egg shape, and are braver and more assertive. You can see the newest babies are still lil' puffs... of course relatively they are all lil' puffs!::

At the moment there are four chicas. Two about the same age, and two about four days younger. It might not be typical for them to be so far apart in age when they are from the same clutch, but technically they are from two clutches in one nest. There are four unhatched eggs in the nest, and one is breaking open as we speak. Will we get one more dark, Puff-like chica, or another chica that bares her father's stripes? 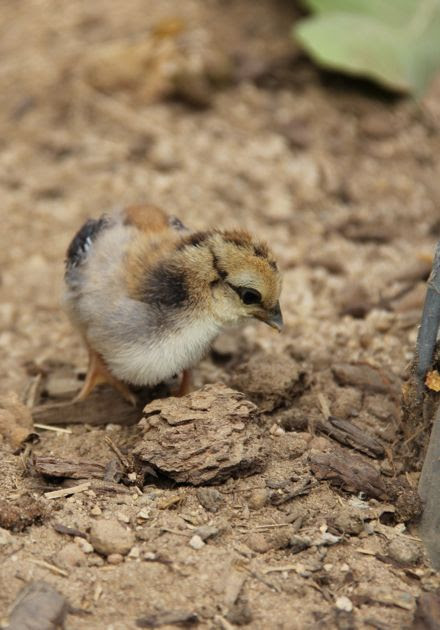 ::This is the one my Mom, Delia, calls PiaMia::

I am trying to be more present in these chicas lives, which is why I bring them water from a syringe, and tiny tomato worms, and I hold them frequently. The hens that Zelda raised all by herself are completely skittish and flighty. They do not trust me in the least. Emotionally, I can cope with their indifference, but it's not as fun in a practical sense. They run away when I need to help them and behave with scandalous fretting and squawking when anyone tries to get close. Hopefully the new chicas will know me as a friend, not a threat. 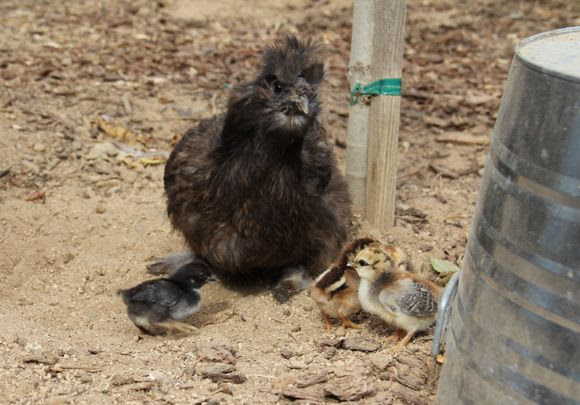 Among all the chickens, Puff has been on the bottom rung of the pecking order. Some days she looked like a bottom rung chicken, with feathers askew and stuff stuck to her fluff, and she watched her Silky sister, Zelda, with a longing to be a mother-hen too. I am happy for her. She is an even more attentive mother than her good sister. This is a good time for Puff. 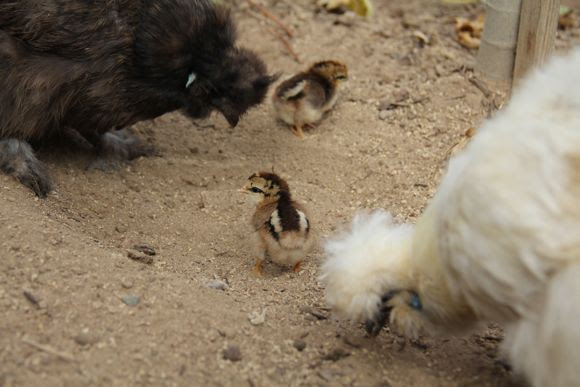 Can imagine being this teeny-tiny-itty-bitty?

Sorry about the itty-bitty talk. It's somewhat cliche and precious to speak that way, but frankly chicks will do that to you. A few minutes in their company and your voice will rise to a lyrical pitch and you will say things like: adorable, eensy-weensy, cutie-pie, and itsy bitsy-tweety bird. 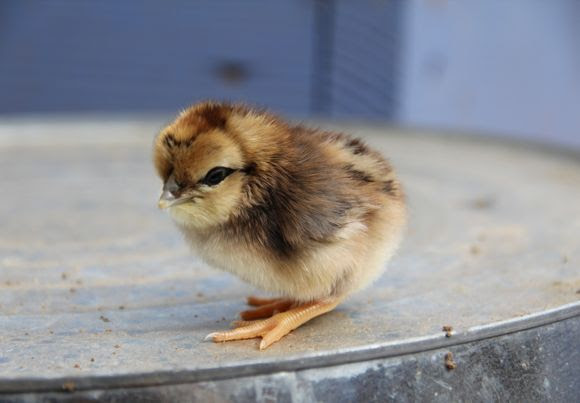 And then... then you will scoop one up into the cup of your palm, and coo to it and stroke it's tiny head... and more utterances of affection and cariños will part your lips, like: que hermosa, pollito mio, besitos mi'ja, ¿y quien es la princesa mas preciosa? I kid you not. In Eh-spanish. 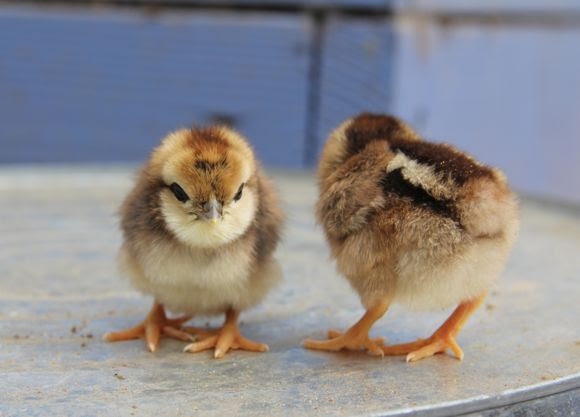 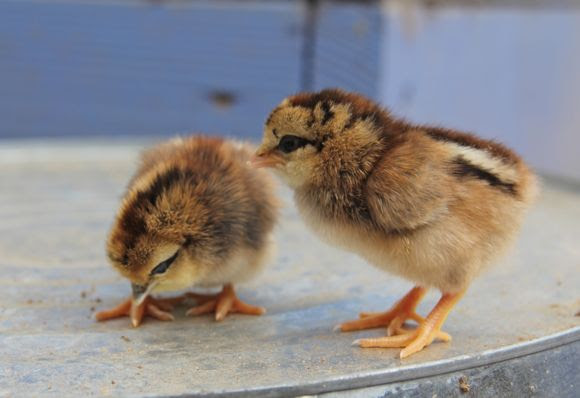 Excuse me. I need to tend to my farm. They need me.
Posted by Natalie, the Chickenblogger at Monday, September 05, 2011 13 comments

If We Were in Wisconsin... 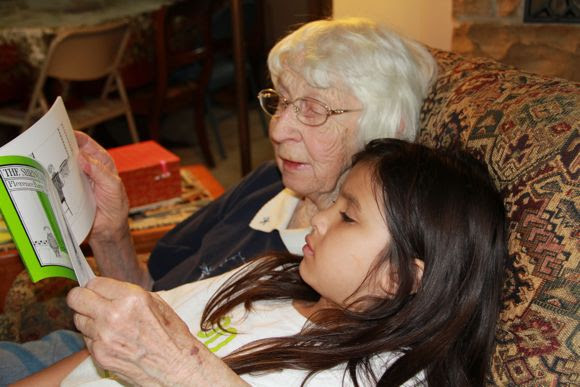 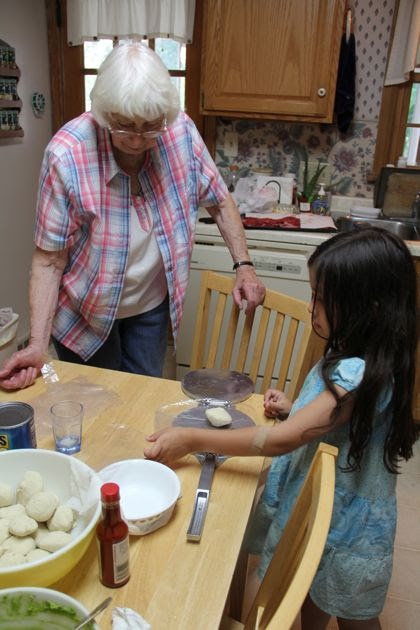 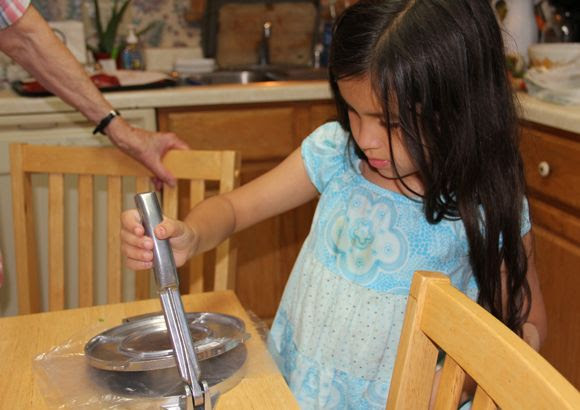 We could visit the shops in town, and stop at the bakery. We could stay in, and draw pictures. We could step out back for a swing, wait for dusk and the fireflies. Maybe we would watch a storm roll through and feel the air charged with electricity. 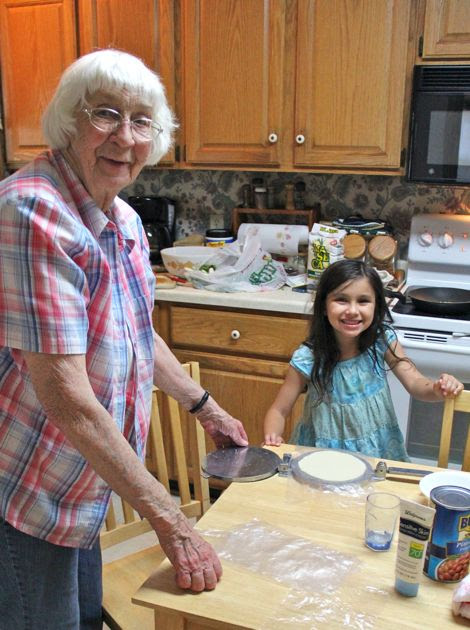 If we were at Great-Grandma's house she could tell us about Mineral Point and the theater, the monkey that bit her, and the midnight playing of the Beer Barrel Polka! 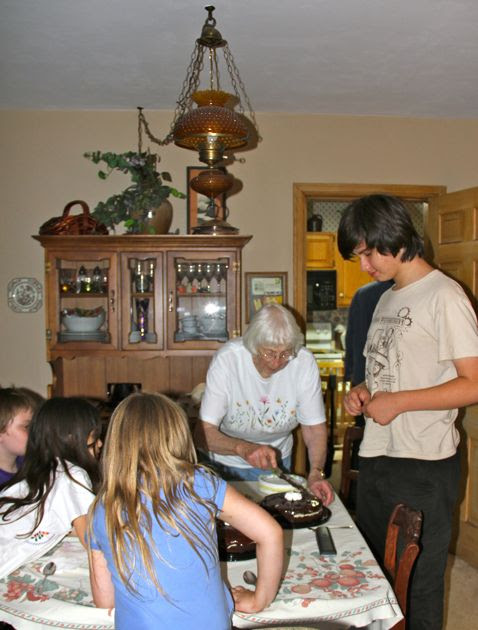 There would be cousins to play with, and aunts and uncles coming by. We could run through the sprinklers, and draw with chalk on the sidewalks. Maybe we could go to the Lake, find some canoes. 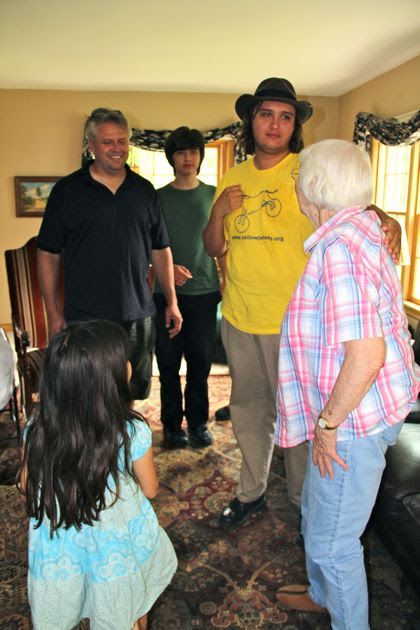 If we were in Wisconsin we could be wishing Nancy a Happy Birthday, and celebrating her life with hugs and affection.
Posted by Natalie, the Chickenblogger at Sunday, September 04, 2011 2 comments