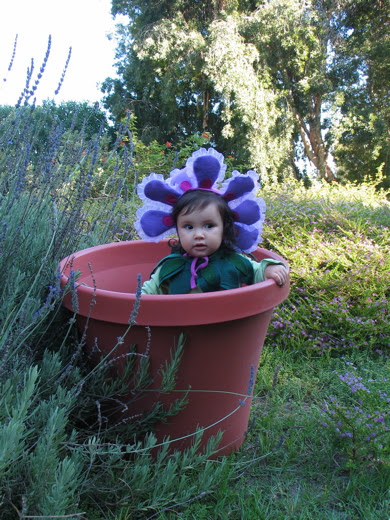 Okay... we really like Halloween around here, and this year I wanted the boys to put creative effort in to their costumes. We were experimenting with paper mache and Alex made himself armor. He then painted scorpions on each shoulder plate. He drew and cutout a scorpion stencil for his shirt, which he painted red. The costume was LEGO themed in honor of the Shadow Knight. Max gathered all the black and skeletal details he could find to be a fearsome skeleton. He was quite scary. Maria made a fetching flower... 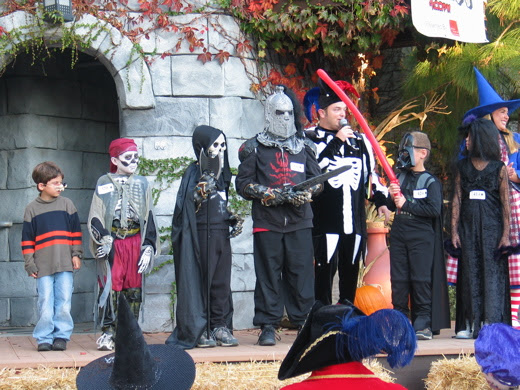 Alex wanted to be at Legoland for their annual Halloween Contest and after the effort he put in to his costume we thought we should oblige him... so yesterday two scary boys and one little flower got up on a stage with about 100 other enthusiastic children and posed before a panel of judges. There were a lot of good and creative costumes, but there could only be 5 winners. "Funniest" was a little girl with an old lady wig and cowgirl boots, a witch's hat and huge glasses. She was cute and original. Most "Imaginative" went to the Lord of the Rings Elf; he was complete with arrows and ears. There was a prize for the boy that came as a LEGO brick, and the overall best costume was for a girl dressed as a candy vending machine. Her costume was quite original. Alex and Max made a very scary duo, and Alex was voted most scary of all! Alex is still beaming with pride. We all feel like winners; Lego gave very generous prizes. 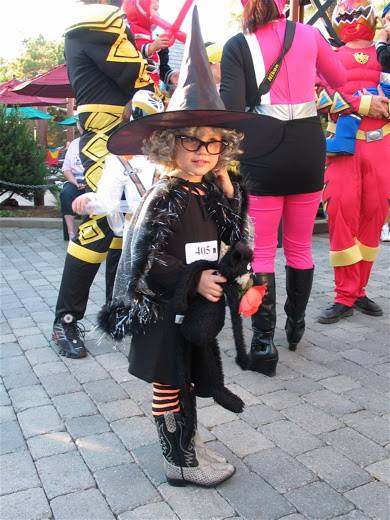 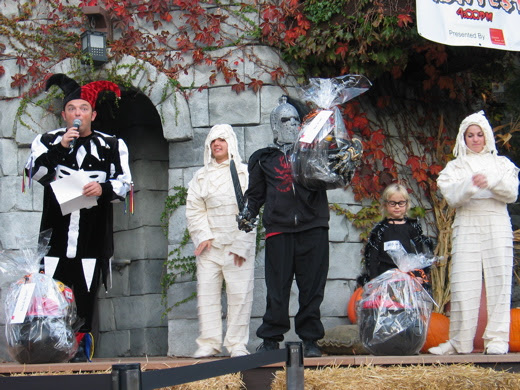 Alex was surprised to hear his name called. 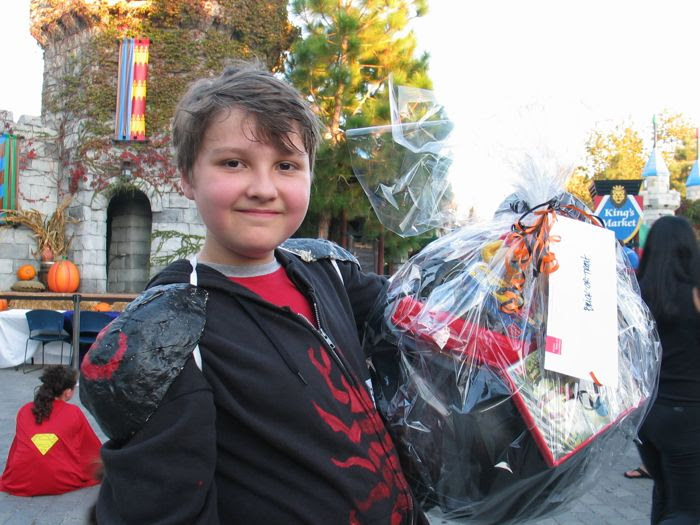 Pride. He earned his prize. 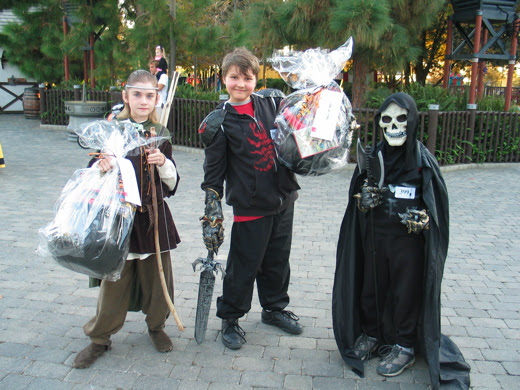 
... there's more to share, but I better get back in the kitchen.
Posted by Natalie, the Chickenblogger at Tuesday, November 01, 2005