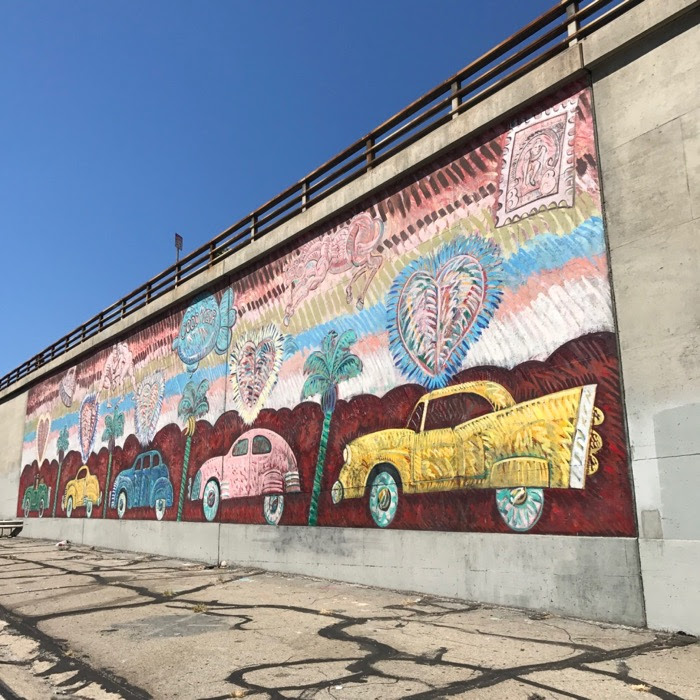 Sometimes it really frustrates me that I blog, that writing is my most compulsive, instinctive, means of being, of expressing, of connecting with my own feelings, and relating those to the world. All of this frustrates me, because I feel my skills are too limited, my efforts feeble, my success mediocre. When I feel most sincere, most impassioned, I dread being too much... too sensitive, too effusive, and not nearly sophisticated, nor articulate, enough. I resign myself to recording moments and occasions for my own pleasure, to keep track of happiness, to make a narrative of what we do, what we love, and I often censor myself, saying less, being less. But, there are times when I want to reach... to capture and convey, in exactitude, something that transcends nouns and verbs, and genuinely, coherently carries my experience, observations, emotions, to connect with you, the friend, the stranger, the person I imagine might like to perceive what I am trying to reveal... even just so I can make sense of what is in me. I wish that I could exude words from my hands, deposit the amalgam of emotions, sensations, ideas, and impressions that are in me, onto paper, a screen. I can imagine a keyboard with a kind of symbiotic empathy, to give form to my intangible impulses, beliefs, sensations... I find this appealing, and appalling.

I pause. Uncertainty creeps in, and I think about the laundry that needs tackling, the list of things that need doing, that are actually important. And I wonder, really puzzle... How do people do it? How do people work, and create, exercise, clean, inspire, and succeed? You amaze me. It's wrong, I suppose, to assume that everyone else is 'doing it right' and has a handle on things, but I've seen it. There are amazing people out there, and I am in awe of what they do. I have these ideas and feelings, a narrative formulating and I can't help but try to say it, to put it into words... but I stand in my own way, with lists of chores, with self-doubt, second-guessing, with a kind of gnawing anxiety of doing it poorly, of being too much, or not reaching quite far enough. Sometimes, likely too often, the results are a half-baked post, bills paid late, and no clean socks in the morning.

What I had intended, hoped to do, was write about a concert, about incredibly talented, hard working people who gave so generously of themselves that 18,000 people stood and cheered, danced, and sang along. I meant to find the words to say that there is a power in music, in the hearts of people who make music, to convey energy, to project their joy, their message, their intentions, and it's so effective, so tangible that one can feel... zealous? The insinuation is not good. I mean it less fanatically, more inspired, connected emotionally. I wonder, in another language, is there a word or expression for energy that crosses from one person to another, an unseen force that connects us?

But, I have errands to run, and we are almost out of clean socks...

Posted by Natalie, the Chickenblogger at Wednesday, August 30, 2017

Email ThisBlogThis!Share to TwitterShare to FacebookShare to Pinterest
Labels: Art, California, Pointless, What I Think

Sara at Come Away With Me said...

In my opinion, whatever you say here, you say extremely well and I have sometimes found myself thinking of you in those terms you mention thinking of others . . . "how does she do it?!" with your wonderful, creative family and all the things you do together, and your expressive and lovely and honest way of sharing thoughts and ideas and life here. So . . . I am probably missing your point, but do want to say I'm glad you do blog because you've enriched my life in many small ways through your photos and words.

Sara, thank you. I cannot let anyone believe that I am somehow accomplishing anything... without neglecting something else. However successful I can manage to be with family time or creativity, I struggle quite a bit with more things than I care to admit. Did I have a point? lol... maybe, just that it's hard to feel like I am not achieving as much as I'd hoped, that I feel as though my calling and my actual skills don't always align to my satisfaction, and that I am burdened with insecurity about all of it. Thank you, for sharing kind words about what you see here. It's not easy to say what I feel, because I am not fishing for compliments, and I don't want to create a pity-me-party. It's only that I do get criticism about the blog, and I feel like I could just crawl under a rock, but I write... so then I stress out about having this impulse, this compulsion, that can be great, and gratifying, but also a drain of time, and energy, and a risk... exposure, vulnerability, honesty. I put myself in a paradoxical and wide open position. Anyway, your comments, and others', are generous and helpful... I appreciate being able to unravel things, and hear other points of view, commiserate, and celebrate.

It's Saturday. William is waiting for a delivery from New Zealand. Maria is half way through her junior year of high school. Max badly sprained his ankle. Bambi had Pippi and Chica over for a visit. Alex made a grocery order for another Heroes' Feast recipe. Geoff is into Sea Shanty's on TikTok. One of the cats barfed on the porch, and won't own up. I rarely know what to say when anyone asks, "How is everyone? What are they up to?" This is for practice.
January 16, 2021
10:41 am
First I scoured the Internet for homes in Wisconsin. Then I dove deep into Portland, Oregon homes for sale, followed by houses and property on the Big Island. And between those searches I was regularly visiting the animal shelter website, where I fell in love with more than one dog. I have spent hours dreaming up names. All of this, I am sure, proves that I look for trouble when I already have too much on my plate.
January 15, 2021
9:27 am