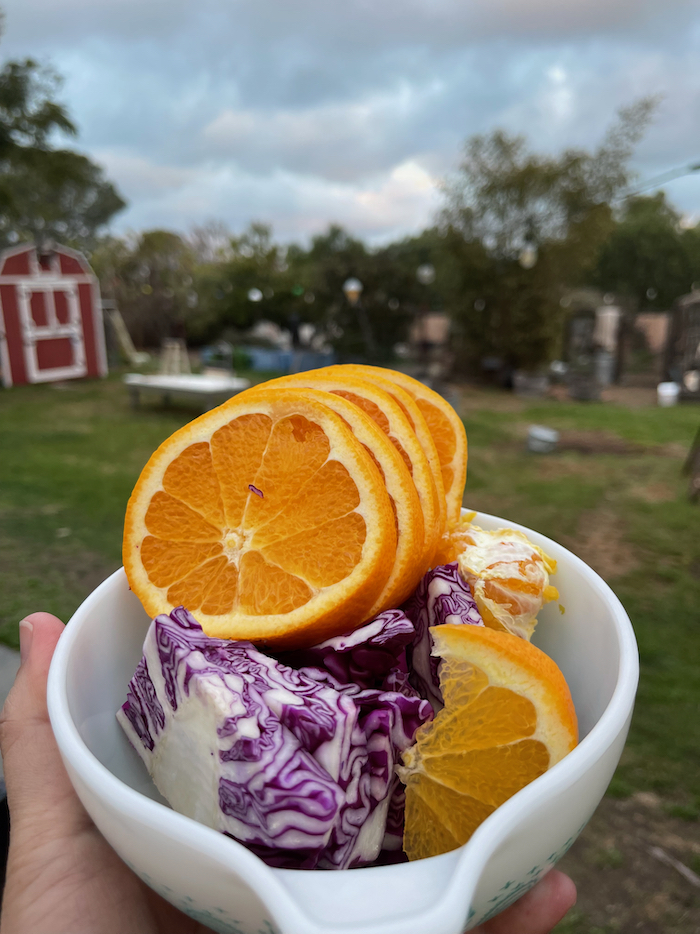 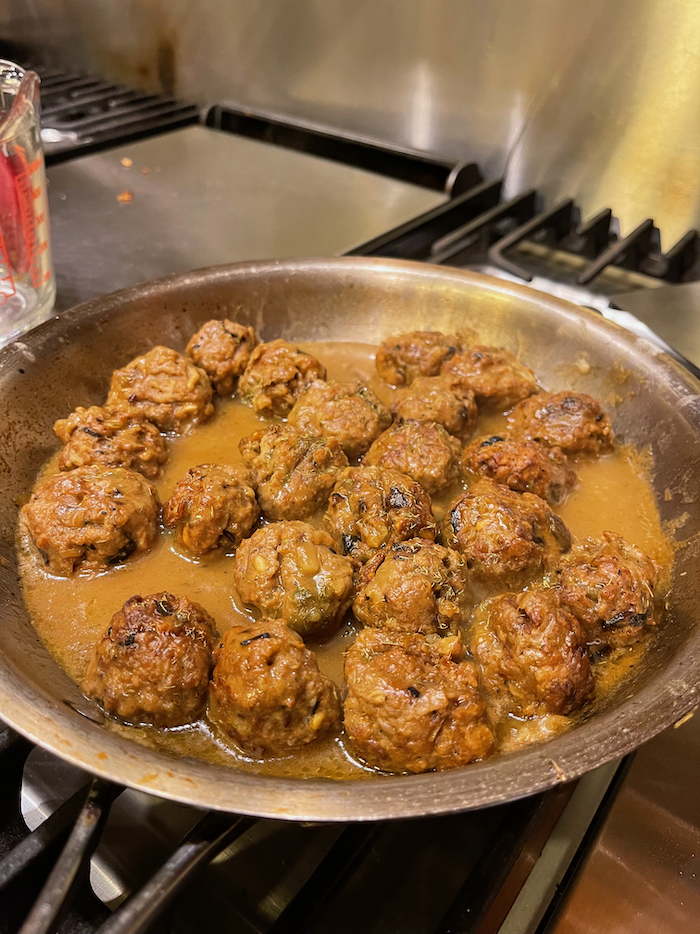 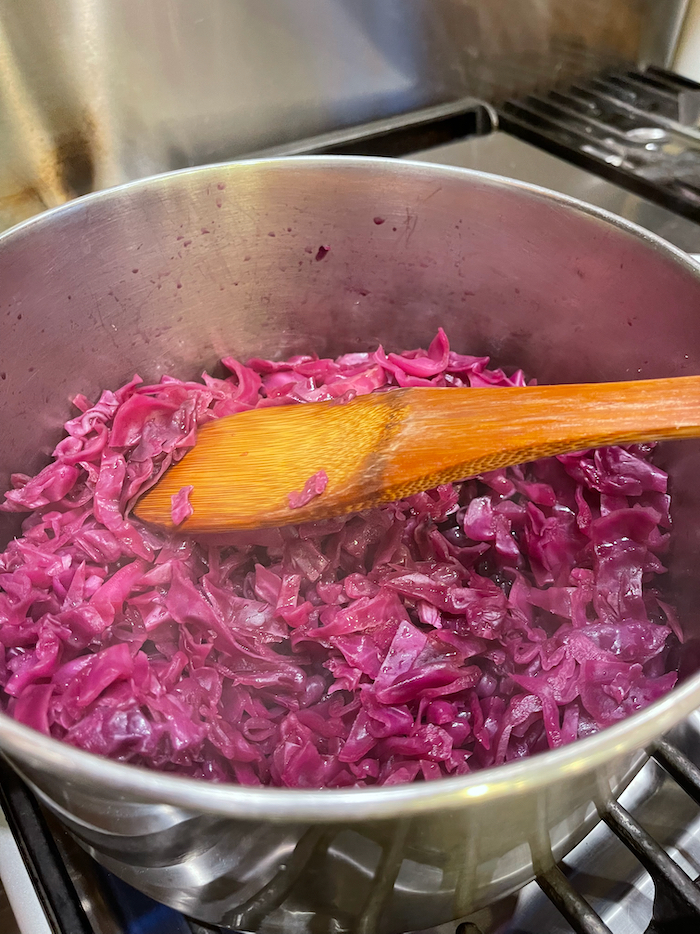 This is a post about New Year's Eve, and New Year's Day, but I think it's really about the joy of cooking, or kitchen meditation. To begin with, a disclaimer: I am not thrilled about cooking, not like I used to be. I am not making three square meals a day, baking daily, or relishing kitchen time, much at all these days. It has become a chore. That is sad to admit. It's not even that I am obliged to slave over the stove, or feed everyone. We feed each other, really. Everyone takes turns, and we can pick up meals. I am not looking for sympathy, only admitting that after two years(? who knows?)... it's just lost a lot of its charm, which is a shame. I like to cook. So, when the mood hits me, when I recognize the ol' spark of inspiration, it's really nice to step up and enjoy cooking, to feel that mindful intention and process, like a deep, gratifying meditation.
For New Year's Eve, we fell into the rhythm, the joy of cooking. Alex made vegan Swedish meat(less)balls, from scratch. William washed and prepared potatoes, then made a vegan gravy. About that gravy... it's my favorite. Gravy, all my life, I could do without. It didn't matter, but this one is nice, and I ask for it. I fixed the red cabbage that I like, and Max made Shirley Temples, with pomegranate and pineapple juices, and some ginger ale. We had Trader Joe's meatballs, too, and lingon berry sauce. This is the dinner we call "Viking Dinner," and it pairs well with Lord of the Rings, and Dungeons and Dragons, and cold winter nights.
For New Year's Day, I sent out a message to some friends, inviting them to brave the cold night, in exchange for beans and tortillas. I had chicken, prepared for tamales, that I froze. Vaguely aware of the usual list of things I should be doing, things that are messy, or neglected, or simply too daunting, I dove deep, into cooking, into that kitchen meditation, as though I not only love to cook, but it was necessary, essential. I prepared a pot of beans, and minded the heating chicken, checked the seasoning. I prepared a vegan dish, sliced avocados, dished up cheeses. Then I realized we would need tortillas, since I wasn't going to make tamales, afterall. And so I tripled the tortilla recipe I turn to for reference, and I use oil, not butter nor lard. Triple! It turned out to be 50 tortillas that I rolled made, and parheated on the comal! The recipe says it will yield "8 tortillas," but I use less dough per tortilla and roll them out thinner than they suggest. I learned at my Abuela's side. She made them daily, sometimes twice a day. And she didn't use a rolling pin. When I am making tortillas, it's like having an old, beloved film running, as I replay in my mind all of the times I walked into a kitchen where she stood at a table, over a hot pan, open fire. I picture her beautiful wooden bowl, her soft hands, and the dusting of flour on her dress. Her patience, and grace, the matter-of-fact calmness of her whole being comes to me, and I enjoy making tortillas. I enjoy the memories, and her company, the lessons, I had not realized I was absorbing. And. And I am a bit chagrinned to think of being tired of cooking, of the number of times, lately, it's felt too onerous. I never once saw her get take-out, or murmur a complaint. She made us tortillas, she smiled when I asked for a piece of dought to "help;" to turn hard and gray from over-practicing, actually! I feel like I absorbed some of that gift she had, in those unspoken lessons, to enjoy the process, to feel the pleasure of making, and sharing. 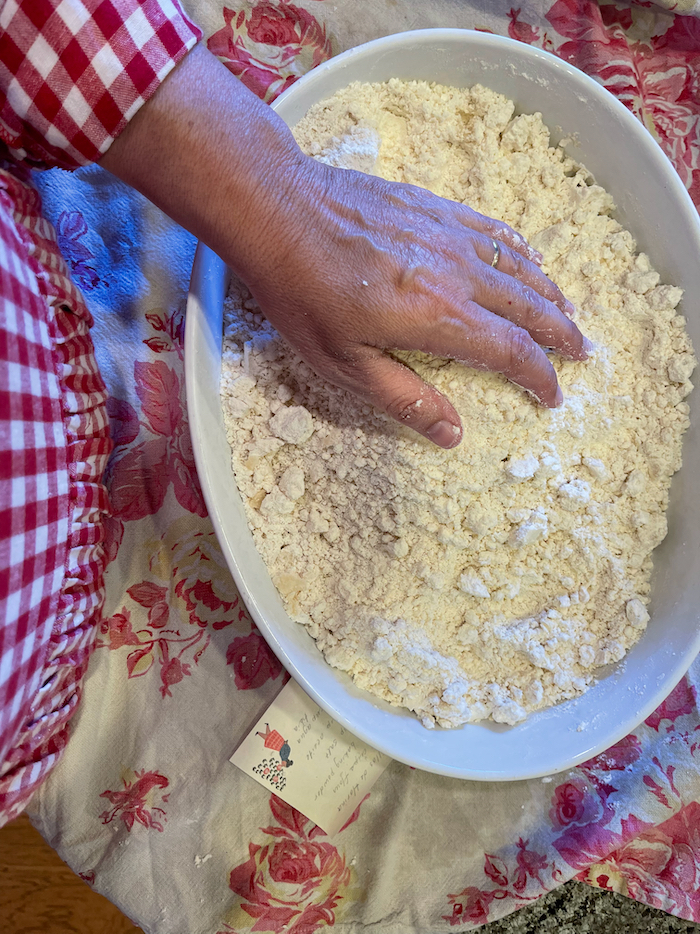 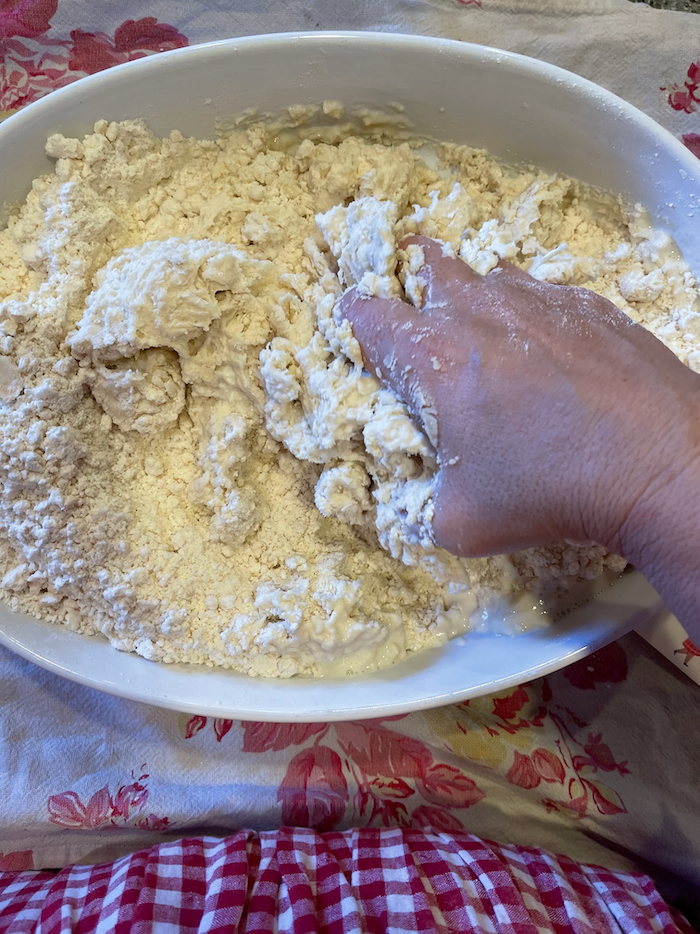 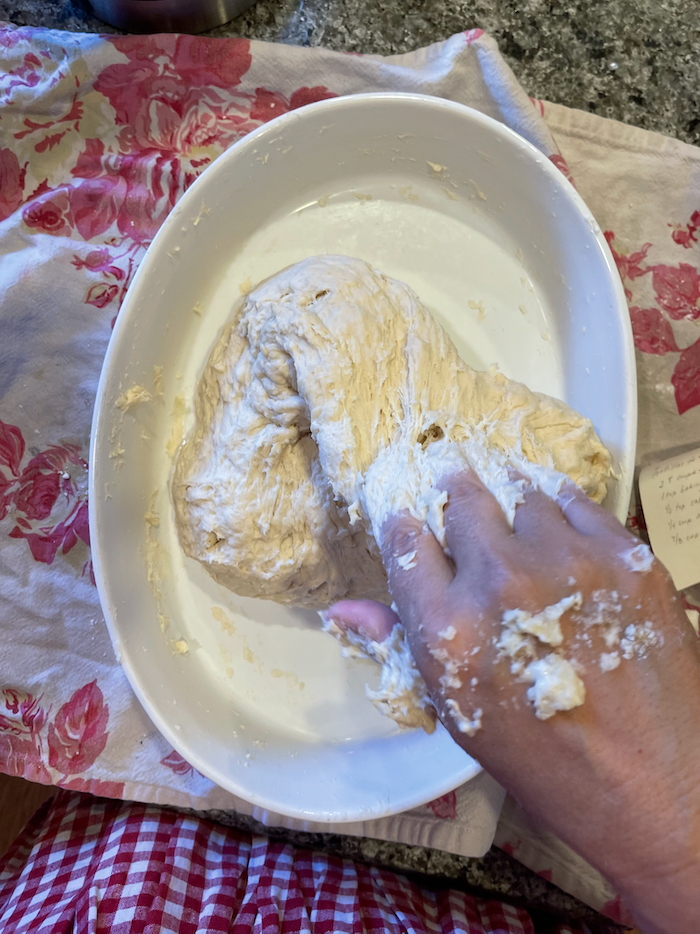 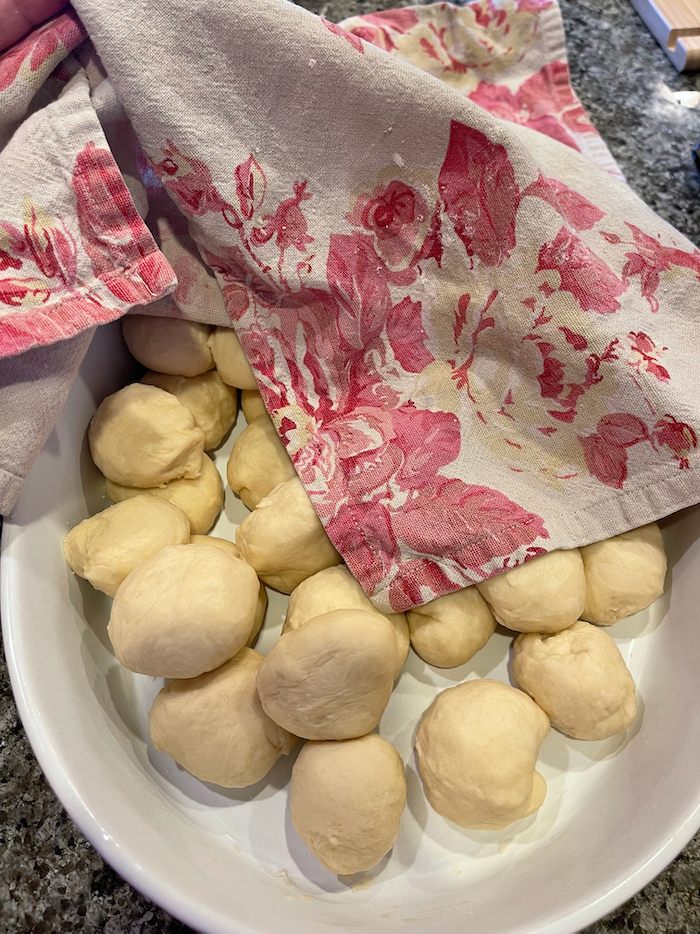 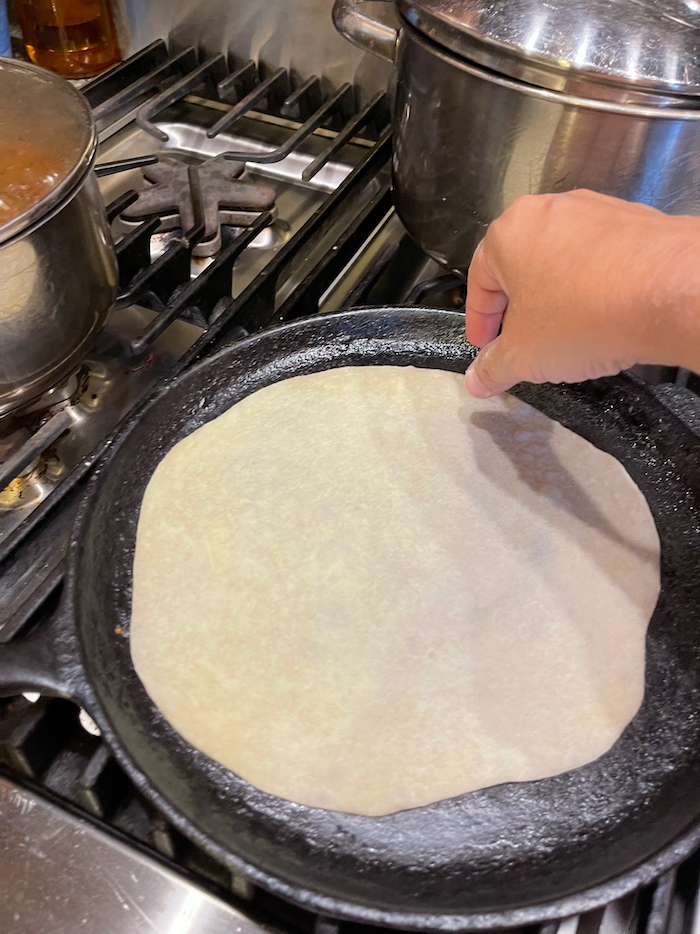 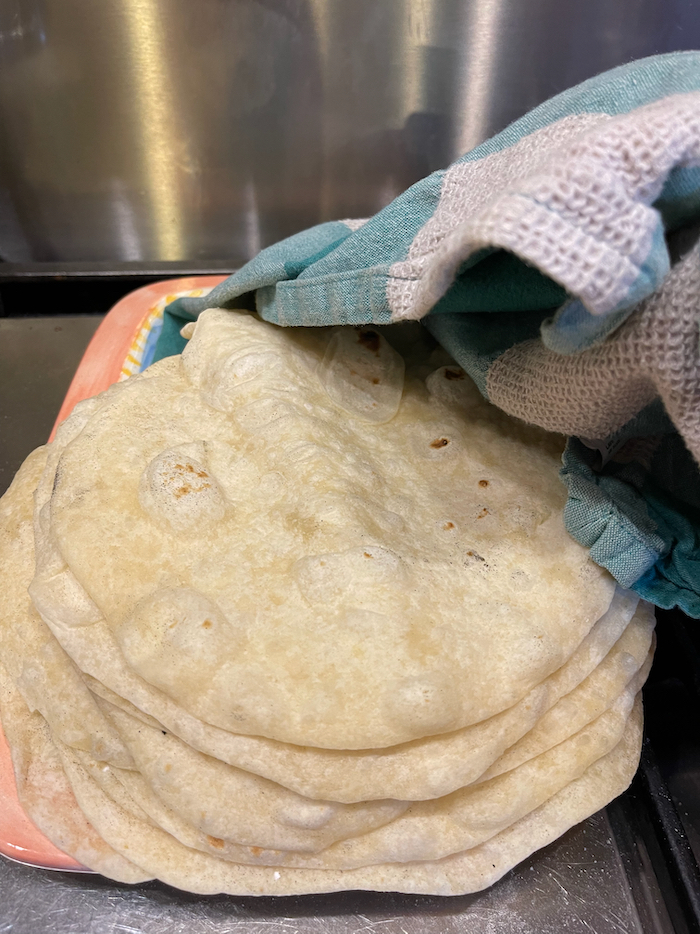 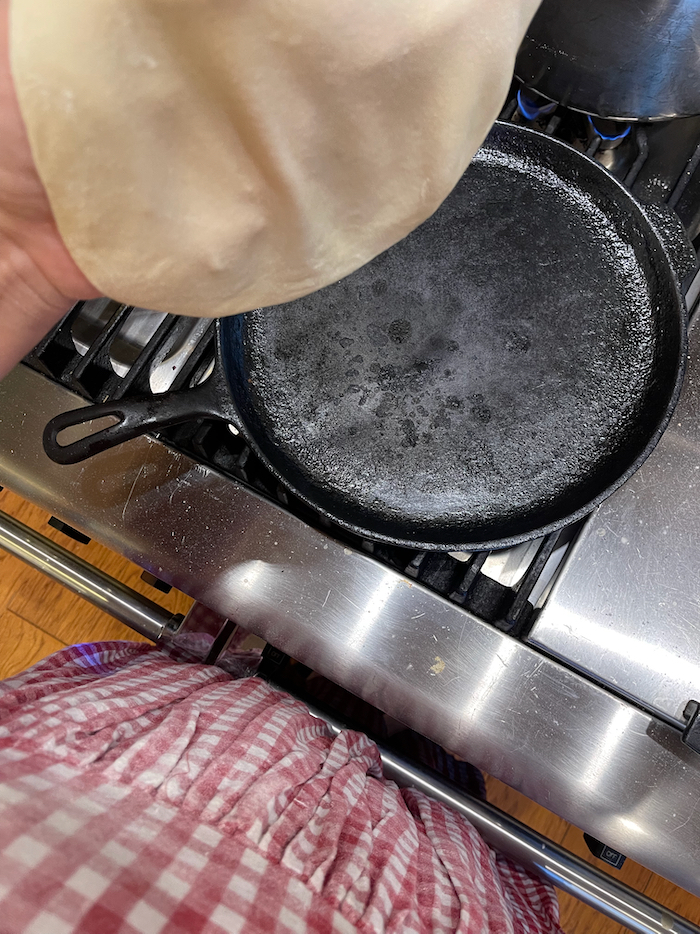 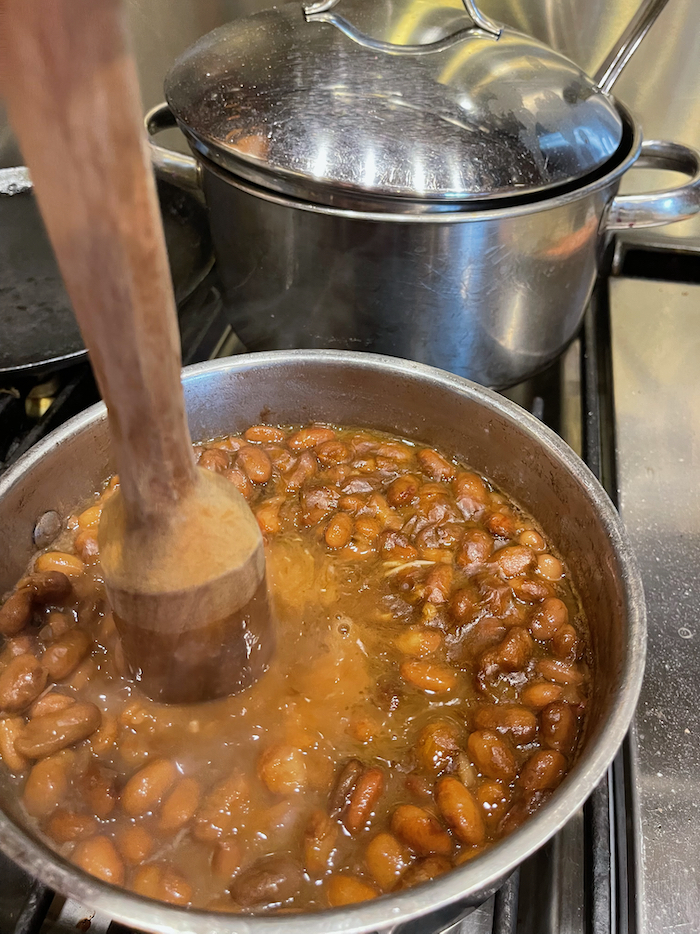 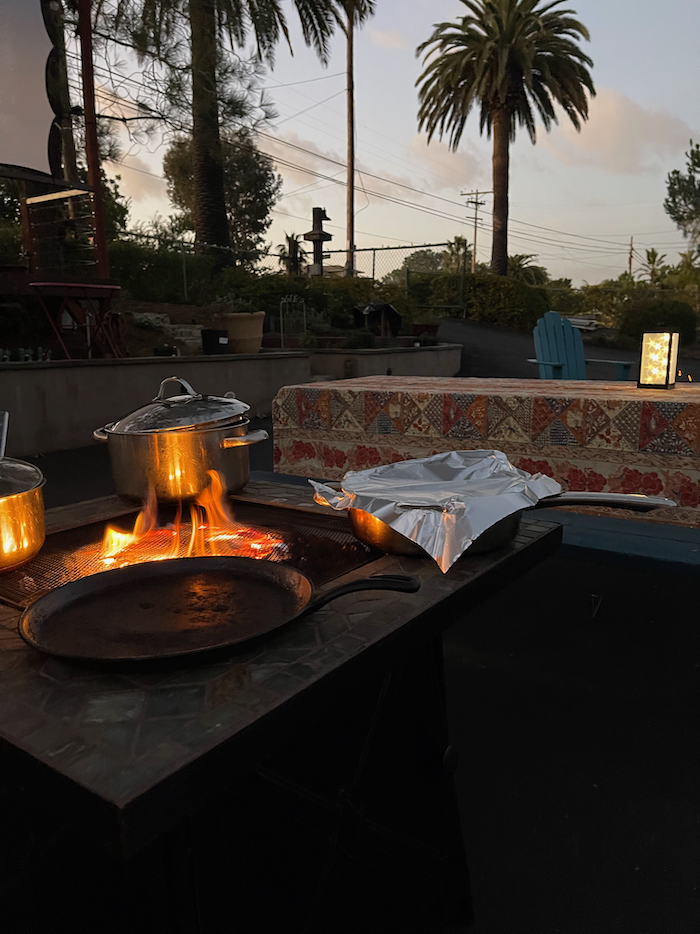 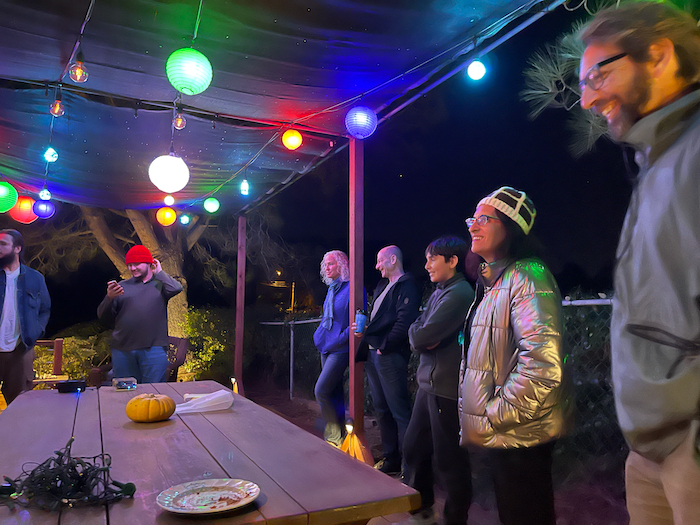 We shared a lovely first evening of the New Year. Gordon and Molly joined us, and so did Matt A, and Leslie and Ido. And Leo, out training for track, dropped in for a quick bite and visit. We saw stars, heard owls. Bex shared her new sticker making craft, which is a really fun and easy craft. Alex brought out the Tesla coil he got for Christmas, which is a really neat display on a cold winter night. And we ate, of course. All of the beans, and most of the chicken, all of the vegan dish, and Maria and I were very much thrilled that a few tortillas were leftover, because yum!
I haven't seen/heard a lot of New Year resolution talk. I want to have a special word, an intention, and I would like to have a resolution, something to reach for, improve, learn, but it's also slightly frustrating to think of self-improvement, and striving when the world feels so turned on end. Does anyone else feel the fatigue of 'toxic positivity,' of running in small circles trying to keep our spirits raised, masks on, hopes up? I am still thinking on it. Maybe it will have something to do with mindfullness, or finding my kitchen spark, again. Maybe it will be more pragmatic, like I resolve not to scream, or I intend to keep flossing.
Posted by Natalie, the Chickenblogger at Tuesday, January 04, 2022

I like to cook, but because of the pandemic I cook ALL THE TIME and I feel like it's lost its charm. I need to figure out how to get the joy back, like you!

Yes... the cooking "all the time" part definitely changed the dynamic! And, now I think on it, I am missing the part where we are cooking for friends, for extended family, for gatherings and celebrations. The moments when I feel the joy, are when I am being more intentional and anticipating sharing with (more) loved ones! Which is sounding like a reminder to myself to be more mindful and appreciative... not save it for special occasions. Ooof, though, these couple of years have been a drain!

We were bummed to miss out on the New Year's Day gathering. We did manage a visit to see Paul's sister and husband safely before the arrival of their little one (due Feb 8th). It was good medicine to spend time with them. We wanted to split ourselves into two when we saw your invite come through.

I made a Swedish meatball with dairy-free gravy for us too. It turned out surprisingly well. Now I need to find a good gluten-free meatball recipe. ;)

As for resolutions, just keep on being you! You are amazing!

We missed you, but you were in a good place. I haven't met Pauls' family, yet, but I feel the happy anticipation of that baby, and I hope there is plenty of safe time and space for you all to spend lots of time getting to know the new one when they arrive.
Well, we are always game for Viking fare, so I hope you do find a good recipe!
Janece, thank you... I feel uncertain and floundering these days, but, as usual, you see me in such a loving light.

You are easy to love.