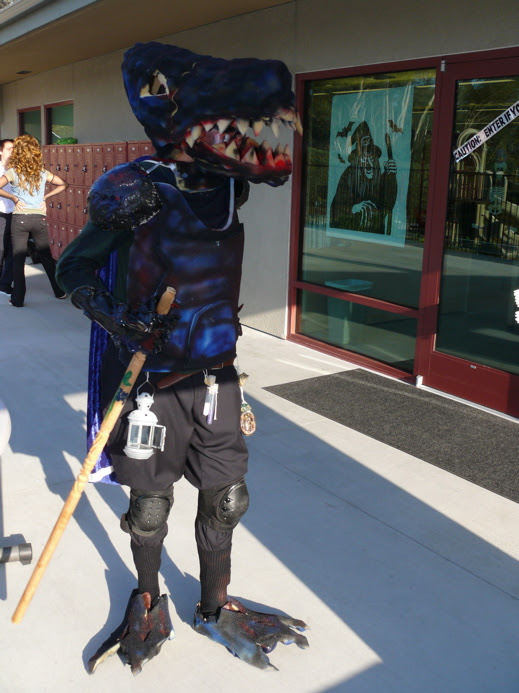 Alex the Dragon Wizard is roaming the halls of academia. Much like last year, when he was the invisible man, his costume is home-grown, creative and a family project that should have been started 6 months ago. Trouble-shooting and design challenges aside, he looks pretty cool in his dragon head and with his apocathry belt laden with potions and salves.

Maria is wearing anything with tulle... a thrift shop dress and a tutu and yellow ribbons in her hair. She says she is a princess fairy. I love that she made it herself, picking what passed for her vision and adamantly declining anything did not fit in her plan.

I will have to post in increments today. Max is, unfortunately sick... some post-fire cough, a little fever, sore throat and a mix of too much school party anxiety. He is not really sorry about the prospect of missing the parade and festivities. He is worried about missing school work. He's in our bed doing school assignments. I am looking forward to sharing his very Max costume... stay tuned!

William and I are going to juggle today, wearing many hats as volunteers, doing his school work, keeping Max company and finishing William's costume. I think I will be Eeyore... it just fits. 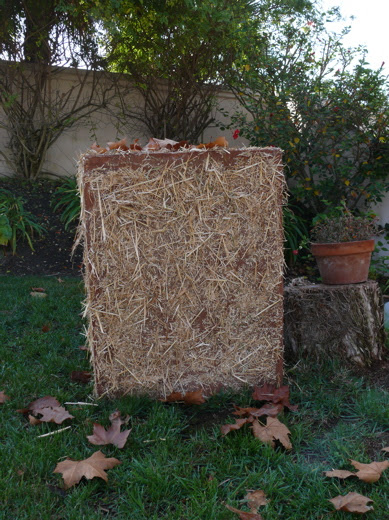 What the hay! Never underestimate the complexity of a simple idea. 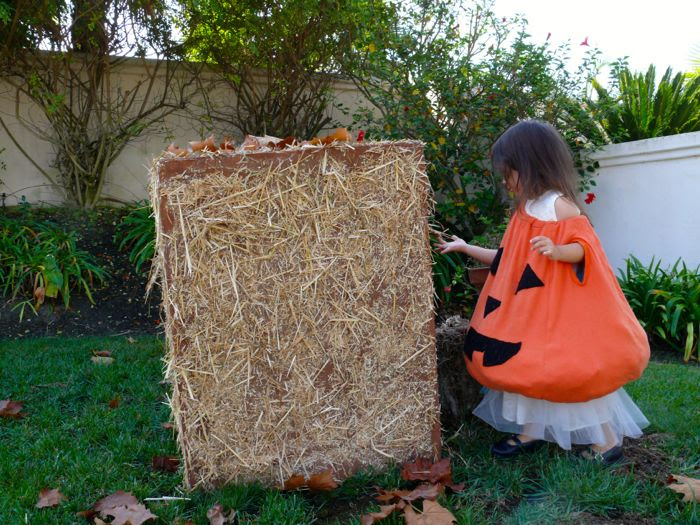 And never give-up just because it's tough, or you might miss out on something that, in the end, works surprisingly well. 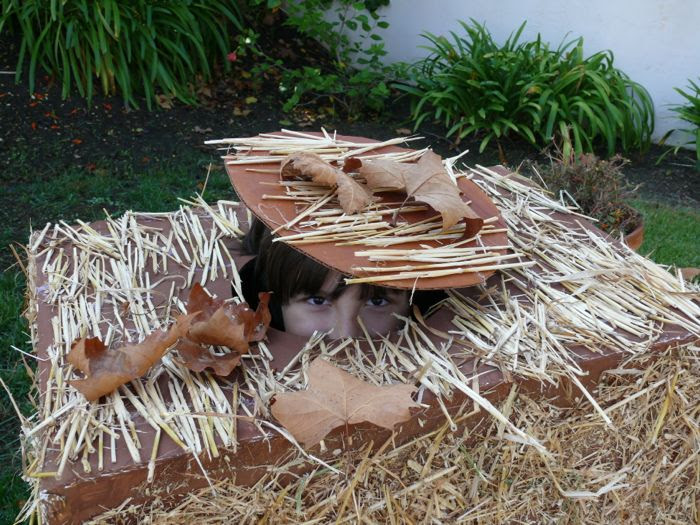 Somehow, Max as a bale of straw... an unassuming, camouflaged costume with a built-in escape hatch... just fits. He loves it. He likes that he can disappear... 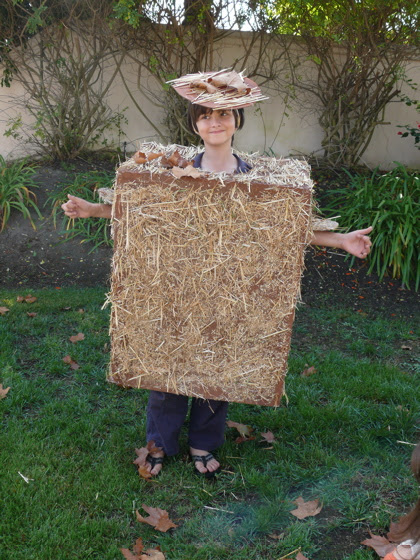 and make a showing whenever he feels like it. 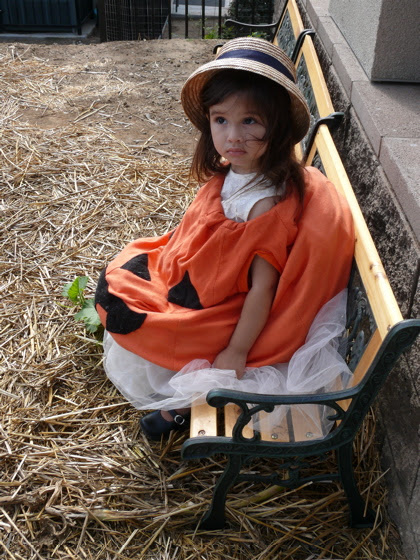 Maria's princess-fairy costume evolved throughout the morning, until she finally made her debut in her princess dress, with fairy tutu, Jack' o lantern shell and "Mary Poppins'" hat. Smashing! Dazzling! Original! 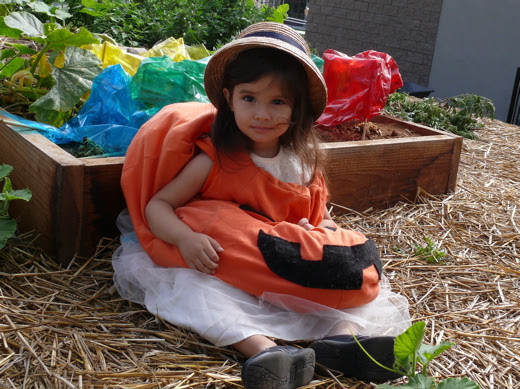 Posted by Natalie, the Chickenblogger at Wednesday, October 31, 2007

And Happy Halloween to you too! What great costumes - and such gorgeous kids. I do hope you have a great night and that Max feels better soon.

I'm very impressed with Alex's costume - esp the flappy feet! And the bale of hay is pure genius! Give Princess Mary Pumpkin a kiss from me :-)

Imaginative and wonderful kids you have, Natalie!... I hope to encourage Amira in the same way. I'm taking notes!

Oh, how fabulous, one and all! What love, what talent, what memories being made! Last night was wonderful -- being out trick or treating and seeing all the children, with expressions on their faces that come specially, once a year....

What creative and cute kids you have there!