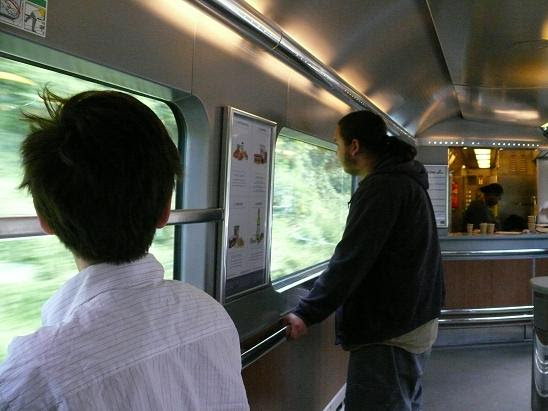 As soon as we knew that we were flying to London, we planned to get to Paris by the Chunnel, the train that goes under the English Channel. I spent months imagining what this was going to be like and now we are here, riding the Eurostar and it's a kick. It's fast. I can feel it, the mass and the speed, change in air pressure as we travel through the smaller tunnels on our way to the main event. Our assigned seats are facing London, so we are going backwards in to Paris. All along I imagined that we would basically see English countryside from London to Brighton, or some other coastal town and then woosh in to the tunnel.

Are you laughing? It dawned on me, and get used to this, because these fourth quarter epiphanies are pretty common for me... it dawned on me that there is no way we could slip merrily along, southward, to the English Channel and then just scoot down into the tunnel... under the Channel, way down deep beneath all that water and fish! This is the kind of thing that I find hilarious, when my brain alerts me to certain facts and realities. Talk about an E-ticket! High speed train ride and then a nearly vertical ascent under hundreds, maybe thousands, of feet of water and rock! Yahoooo! I'm no engineer, but it cracks me up that I didn't realize sooner that we probably would enter the tunnel long before the coast, making a gradual, train-safe ascent. 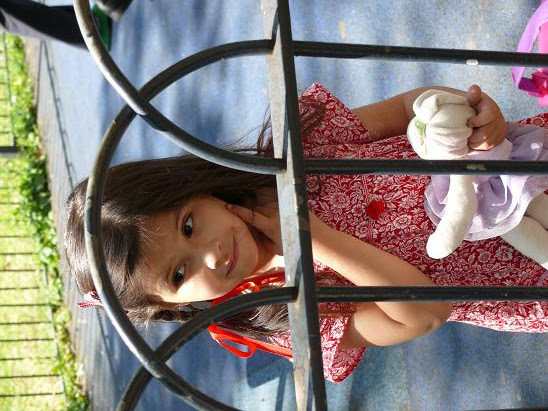 Maria is asleep. Before we boarded the train we spent time at a playground. It's a beautiful day by the way. The sky has been mostly clear, and it is neither hot nor cold. We enjoyed our garden time, but then Maria had a small spill. There was barely any abrasion and certainly no tears, but she kept talking about the fall and telling us that Beanerina Bunny (her best friend softie, a ballerina bunny) was very sad about her fall. Geoff gave her a sympathy shoulder ride to St. Pancras Station and about half way there the tears started coming. In earnest. By the time we got to the station, we were offered first aide and train station kindness. Her knee is swollen, and she won't stand on it. I gave her a petite dose of acetaminophen, and shortly afterwards she fell asleep. A four year old girl that cannot walk in Paris might be problematic. Hopefully tiredness and tenderness are the main factors, other wise things are about to get (more) challenging interesting. How do you say “cheap stroller” in French?

Ah, this may be the one. We've been in this tunnel a long time.

What if in the future the Chunnel is like the aquarium tunnels they have in aquatic parks... people walk through the tunnel and the sharks and yellow fin tuna swim all around them... ? Of course far below the surface they would need to illuminate things for us to see anything. It would be awesome. Seriously. Riding a train, under the ocean and seeing... cod or pike, or whatever swims in the Channel. Seems a little far fetched, but I can think of a lot of things that as a child I never imagined we would have, like DVR and GPS and electric pencil sharpeners... the future is bright. I know it. 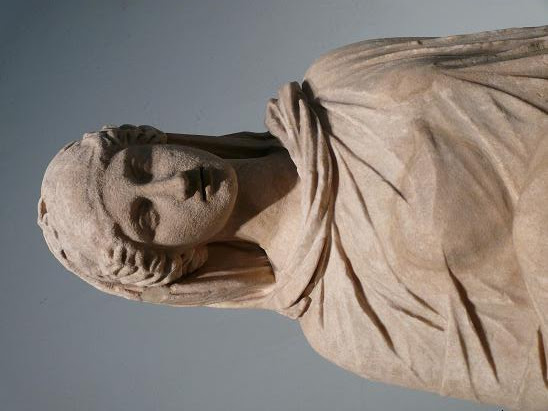 In the British Museum we visited two of the gift shops. I love Museum gift shops. For the most part I take pictures of things I like, buy a few post cards and enjoy looking.

Not the Chunnel tunnel: We just came out of the really long one. Just saying.

I asked the children to choose a favorite postcard. Max chose the famous wave painting by Hokusai. Maria chose a painting of Sandwich Islands birds, and then she picked up a mummy postcard. It showed an open sarcophagus and a linen wrapped mummy.

I like to listen to children and allow them to express their perceptions, explain their views, but I really thought associating a mummy with white chocolate was on the creepy side, so I said, “Maria, that's called a mummy. It's not chocolate.”

“It is white chocolate. Daddy told me.”

Eeww. I thought he was telling her some kind of weird something or other, but then that's not his style, so I asked him what was up with Maria's mummy-white chocolate association? It turns out that the first gift shop sold sarcophagus boxes with white chocolate mummies. Yummy-Mummy anyone?

Guess what... it was the Chunnel Tunnel and now we are in Paris!
Posted by Natalie, the Chickenblogger at Tuesday, June 23, 2009

Email ThisBlogThis!Share to TwitterShare to FacebookShare to Pinterest
Labels: Chicken Abroad, Europe, Explorers, What I Think

i am very new to this whole blog thing...but i read yours and you seem very normal.....i dont know what i expected from a blogger??!!...childern always have a way of making us realize the inocence in the world. i think i will stop here and read some more :)

the chunnel tunnel would have been much cooler with an aquarium theme!

Wow. I dont check my fav blogs for a few days and look what happens. You are now there and not here.
I have to admit that the idea of the undersea tunnel does not sit well with me. Maybe if I got to see what I was zooming through. Bon chance.

God and your blogs: the strength I need to get on with my own little adventure. Congratulations on being so awesomely noteworthy (but we all knew it already.) Cousin Emma sends tiny slimy kisses to Maria's knee.

Besos a ti prima, and bunches for Emma too. Your adventure will be great. Maria has had 2 meltdowns and we lived to tell about it!

Stumbled on your blog but don't need a plaster (you probably call them band-aids). What I do need is a way to 'follow' your musings, since they've caught my imagination. Am I blind, or is there no link to allow me to do so? Thanks!

Oooh, the Chunnel Tunnel sounds a bit scary to me!

When we were in France we took the TVG through the countryside, and the views were drop-dead gorgeous! Better than any postcard! Like a postcard come to life, but better... and real!

I'm completely jealous of your Europe travels! I'd determined I wouldn't be travelling to Europe again until I'm retired now that we've got a little one, but you're doing it with FOUR! I've got hope again! =)

Have a fantastic time so I can live vicariously through you!!

Oooh! I haven't been through the Chunnel in years! I soooo enjoy travelling on the Eurostar! Best way to go to London from the continent! :o)