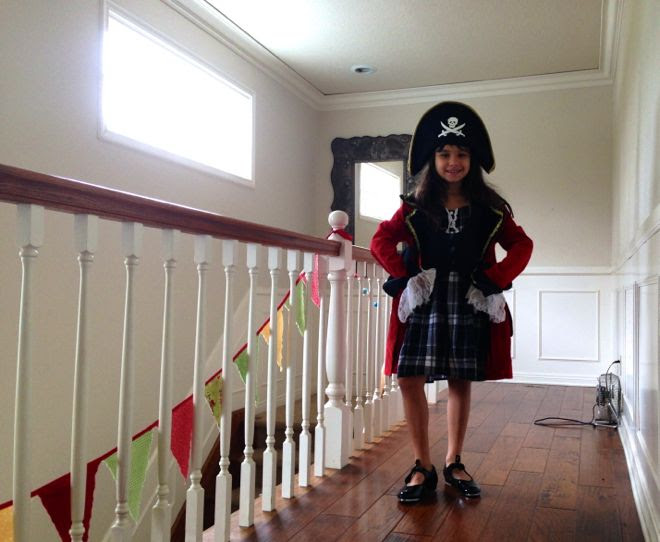 July 31, 2013: Her dance camp was cancelled due to low enrollment,
but Maria still enjoyed putting on her own shows at home.
Every now and then, I like to sort through the pictures on my iPhone. I take a lot of pictures with that marvelous device, and I love seeing silly, and dear, bits and parts from our days. It's been wow! six months! since the last iPhone album. Where do the days go? I'm not going to bother accounting for March-July... but here are just a few snapshots from our summer. 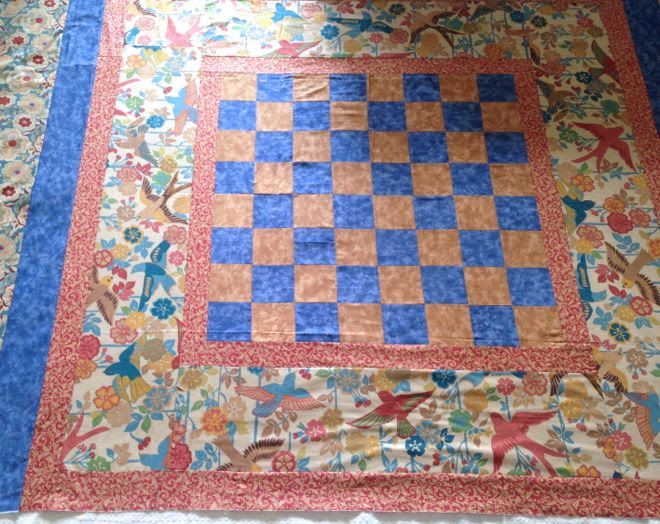 August 9, 2013: I unpacked a quilt top I started five years ago... oy... where does the time go?! I added some more sashing to extend both ends, and now I am almost done hand quilting it. 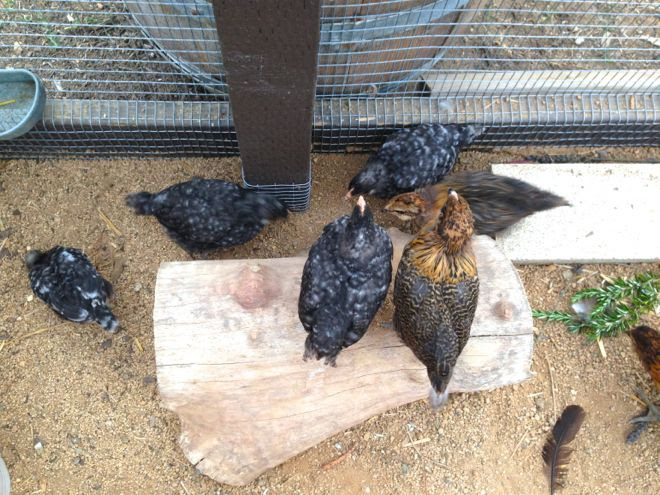 August 13 2013: The Chiquitas are with the Juniors, and our grand dames. Considering that hens peck and squabble over territory rights and senior privileges, I think things are going quite nicely. 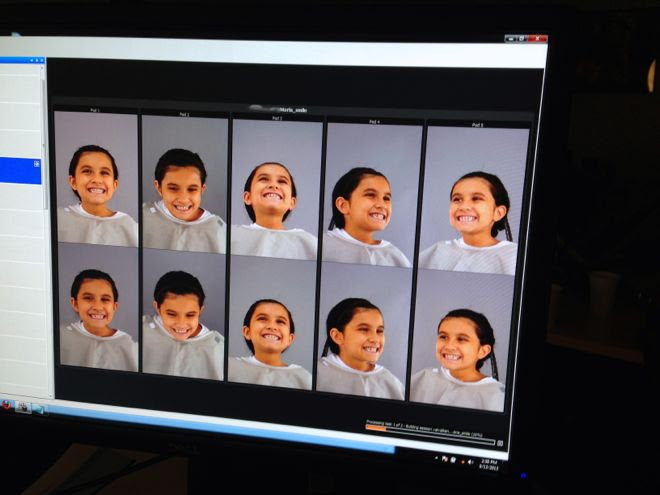 August 13, 2013: Now here is something top secret. Maria and Alex got to visit a game studio and lend their likenesses to some developing video games. This is Maria's smile capture. 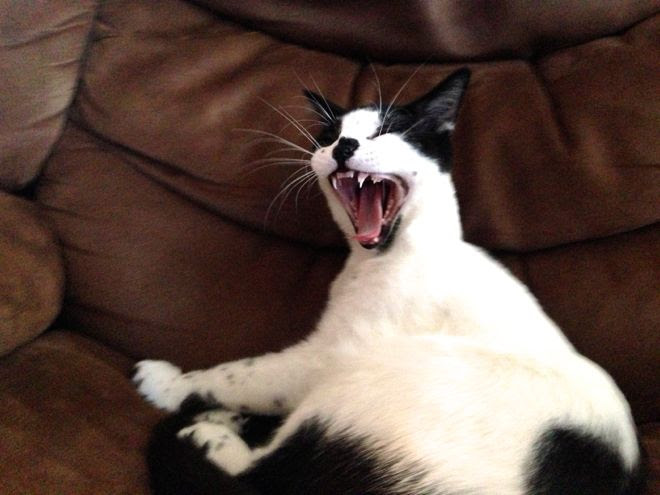 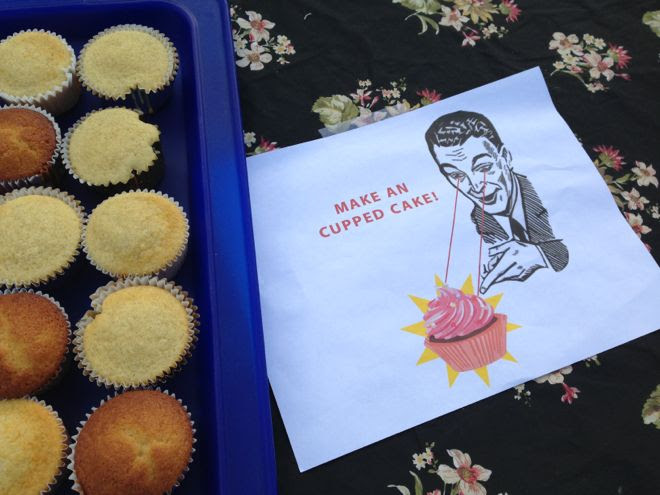 August 11, 2013: "The Party That Will Never Happen," happened. It was a sweet and wild thing, with bountiful randomness. It was a potluck, and they asked every guest, "Oh, could you please bring pie?' As though a pie would be nice, and there were no other pies expected. Then they printed labels for every dish. 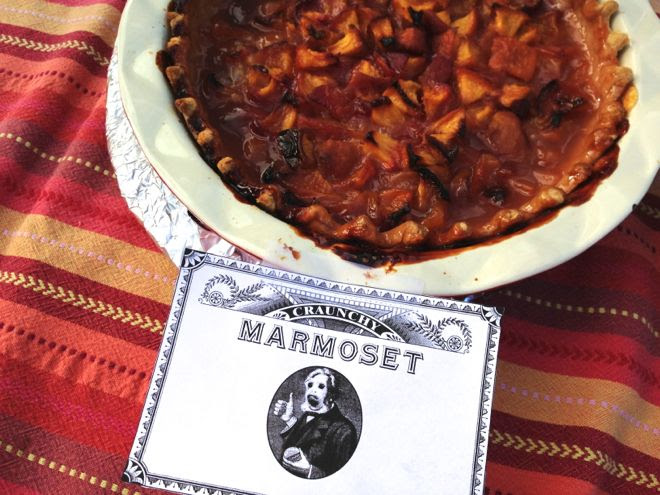 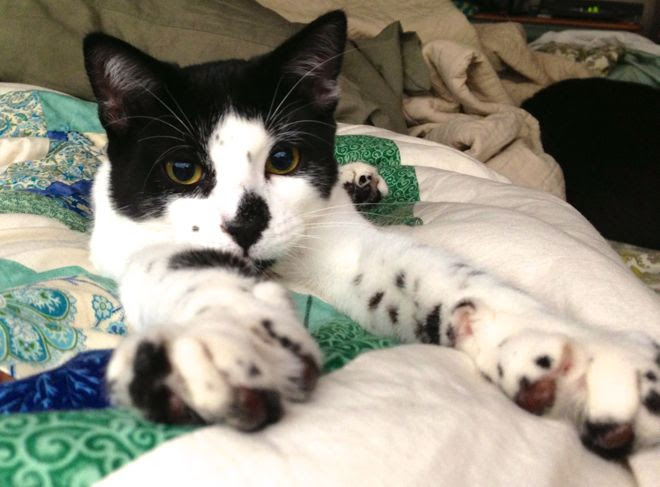 August 14, 2013: Mister Foo's face fills my iPhone memory. He sits on me, sleeps on me, loves on me, and terrorizes everyone. We adore him and we abhor him. He is without a doubt the current it of our Bird House days. 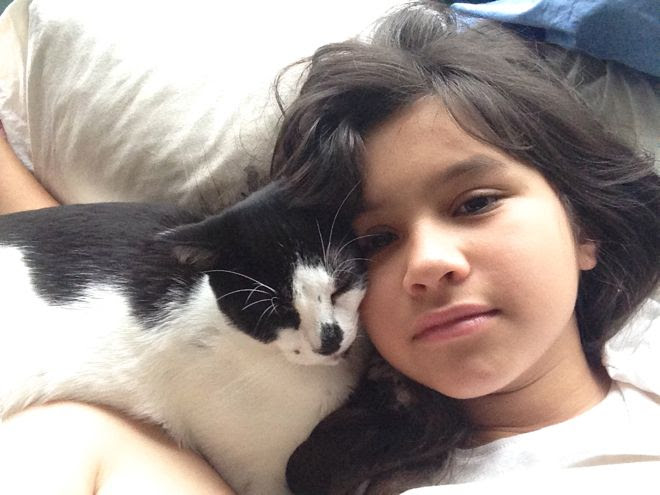 August 14, 2013: Half on my shoulder, and deeply nuzzled into Maria's neck, Mister Foo kneads his way into our affections. 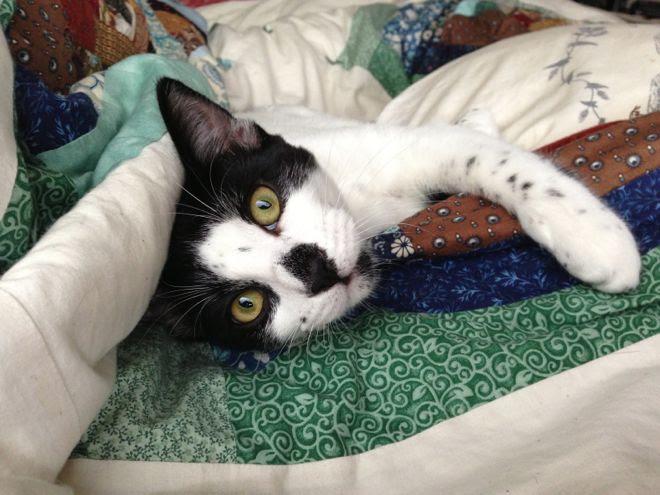 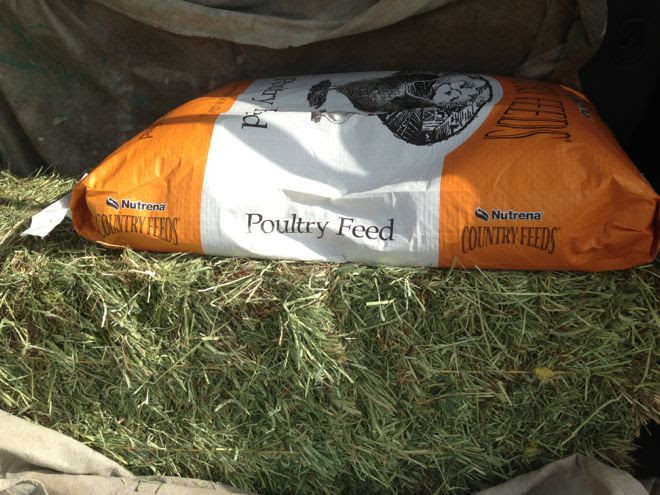 August 18, 2013: The trunk of my sweet Odyssey, my Jet-Puff Super Van. I get such a thrill seeing feed store supplies loaded in my ride. 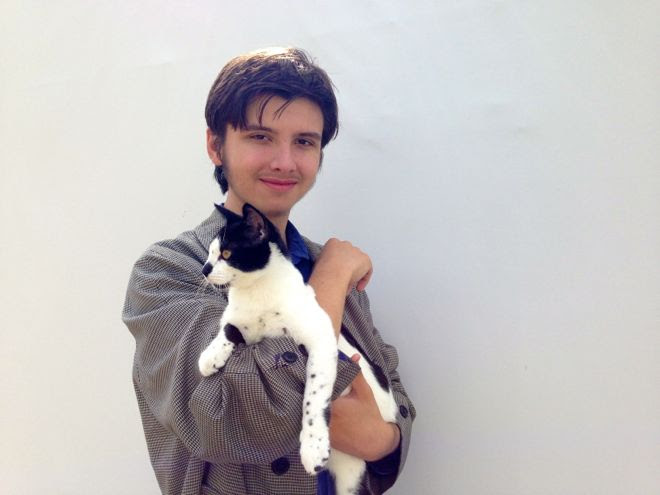 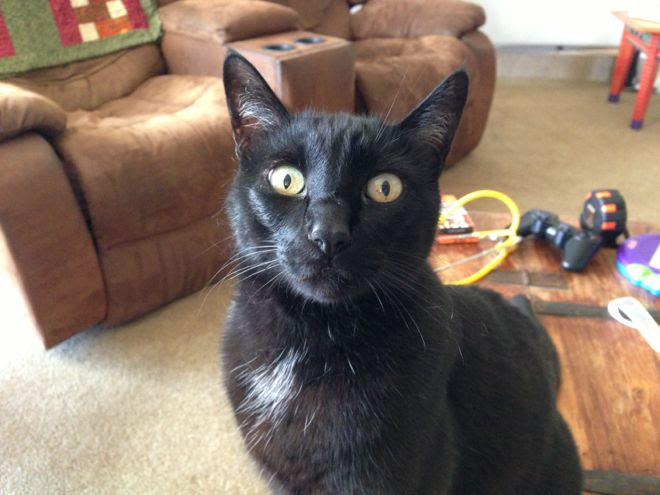 August 20, 2013: Chango is appalled by Mister Washburn Foo. You can see the anxious twitch in his eye, his look of utter refusal to see the merits of keeping a Foo in the home. 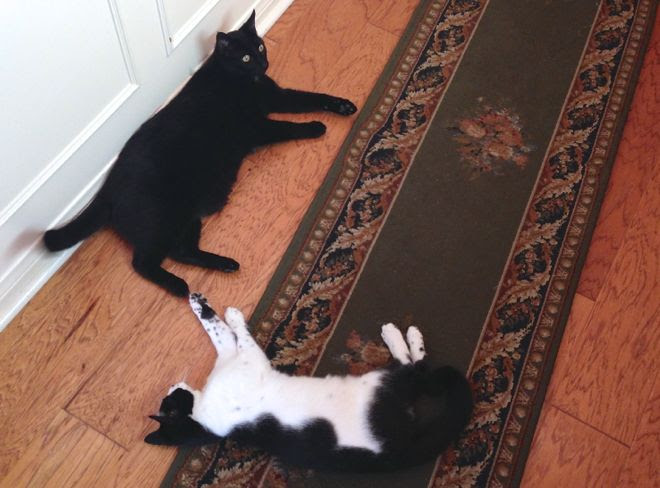 August 22, 2013: And so there are, at best, tenuous engagements between Chango El Cubano and Mister Washburn Foo. And we ask: Quien es mas macho, Chango, o Foo? 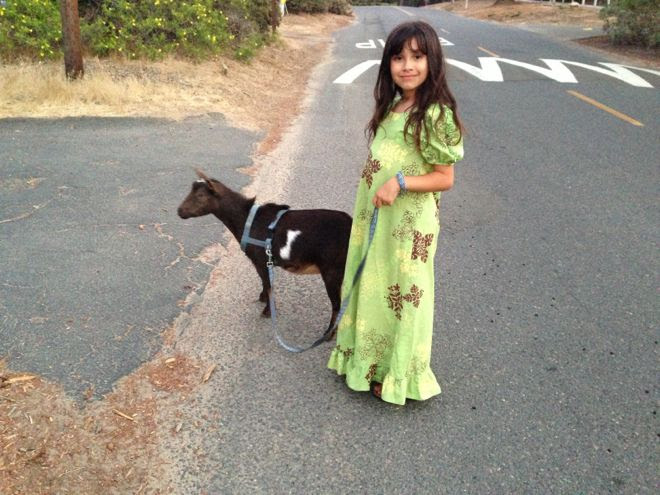 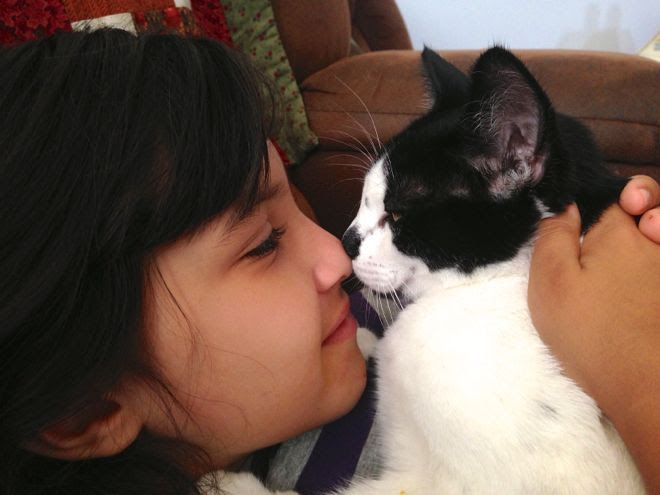 August 24, 2013: I promise, I am not posting all of the Foo pictures I've taken. Trust me.
But you wouldn't have to twist my arm too much to get me to share more! 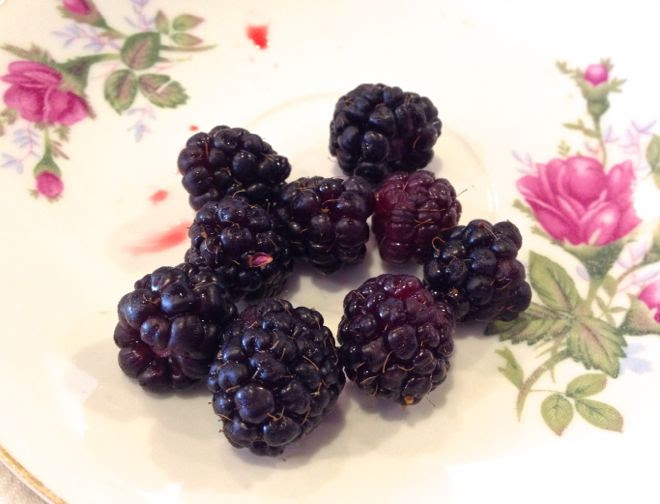 August 26, 2013: Our blackberry harvest! Okay, I ate one off of the vine, but otherwise this is the total harvest from our treasured blackberry vine. Last we had four plants growing and producing, but those awful harlequin bugs had their way with them and I have not replaced them. My mom shared pictures of her blackberries, and cranberries, and huckleberries! Loads of them!
She knows berries! 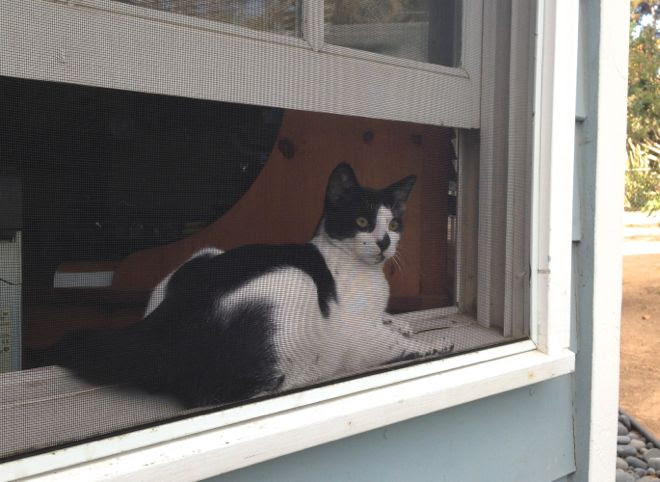 August 27, 2013: What will Foo do without Max, or Maria, to adore and snuggle him, now that they are both at school? He'll wait for them, pine for them. Poor, poor Foo. 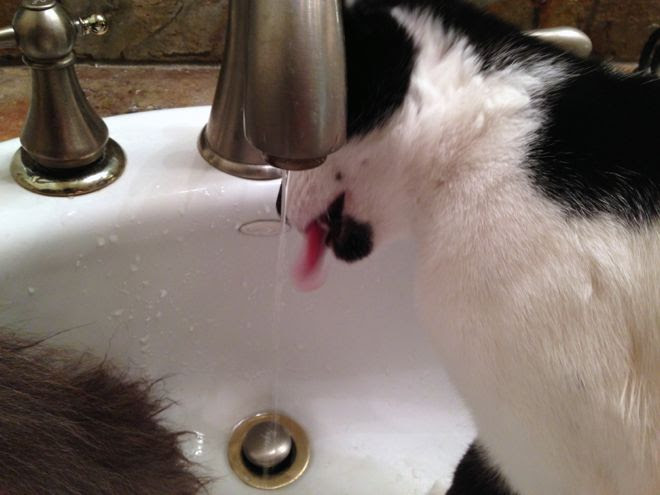 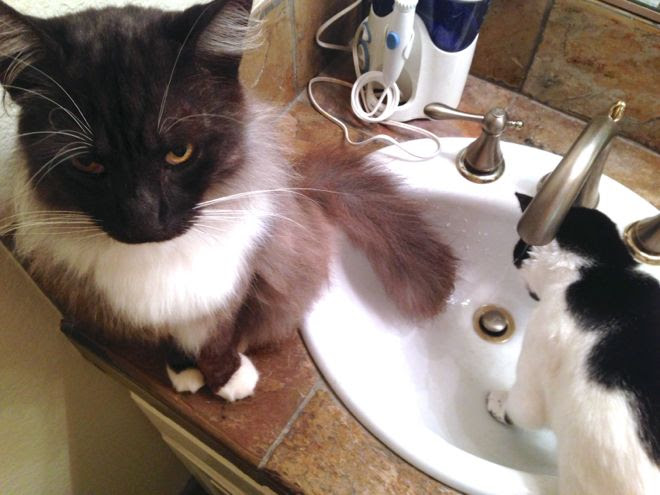 August 27, 2013: Benjamin was first in line at the watering hole,
but Foo was pushier. 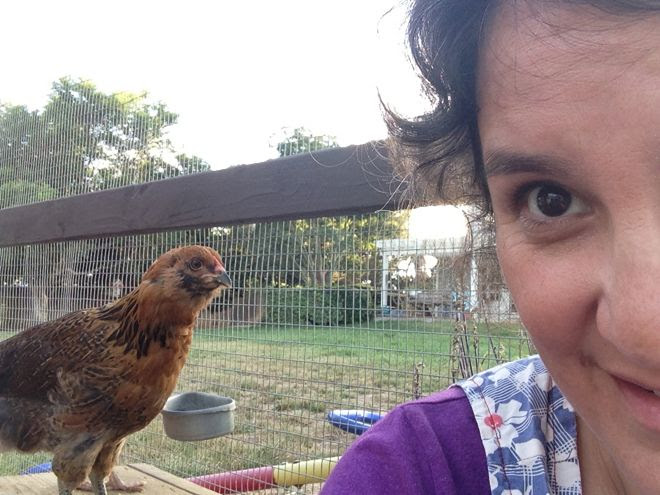 August 2013: Here is our Koa Chica.
She looks more and more like a certified-verified Ameracauna Hen every day.
What a lovely chica, indeed.

Posted by Natalie, the Chickenblogger at Tuesday, August 27, 2013

Koa Chica looks a little bit like a hawk! i love your iphone pics. and i love Maria's bright green muumuu too!

Also...I'm not entirely sure what to make of the craunchy marmoset pie...but i have the feeling i missed a really good time!

love Love LOVE this! You could turn this into a marathon cat post and I would never complain! That Mr. Foo is a treasure trove of entertainment. And, really, so are you :-)

Yeah! lol, it's an acquired taste!

We can keep each other constantly enthralled and amused: Cat posts forever!