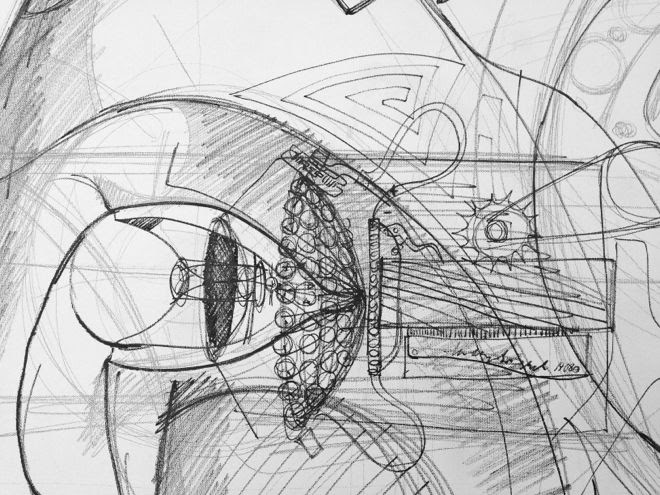 Last spring Alex and I scored a huge canvas for only twenty bucks. It was one of those thrift shop moments when you want to fist pump the air and do a victory lap around the store. I think bargain hunting is the modern age, suburban, vision quest. He finished his painting last June, and we hung it up in the entry. And then there was this long spell of no painting, because large canvases don't show up too often... Alex and Paul were discussing this very thing, about art supplies, deals, finds, resources, and ingenuity, and the very next day we found an even bigger canvas, and for half the price! We had to tie it to the roof, it was so large. 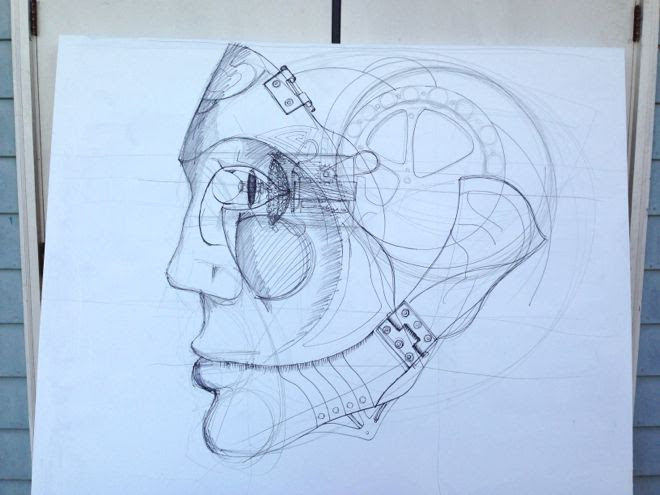 Max and Bambi helped Alex paint over the canvas, which had some rough sketches and a lot of mess. They used seconds paint from the home store which makes an affordable gesso, and the next day Alex brought out his pencils, a Sharpie and his line drawings for reference. 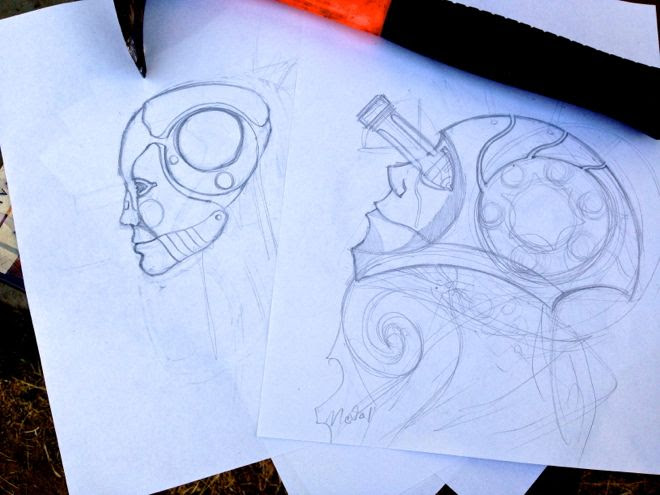 When I can record his art from concept to completion, I am happy... because the beginning and the end are only two parts, and there is always so much to witness in between. The layers, the stages, fascinate me. Sometimes I fall in love with a version, then come home and find it's gone. I wouldn't have the nerve, the confidence to decide to cover one beautiful layer, with something new. But that's only because I would be so awestruck at having made something decent to begin with! 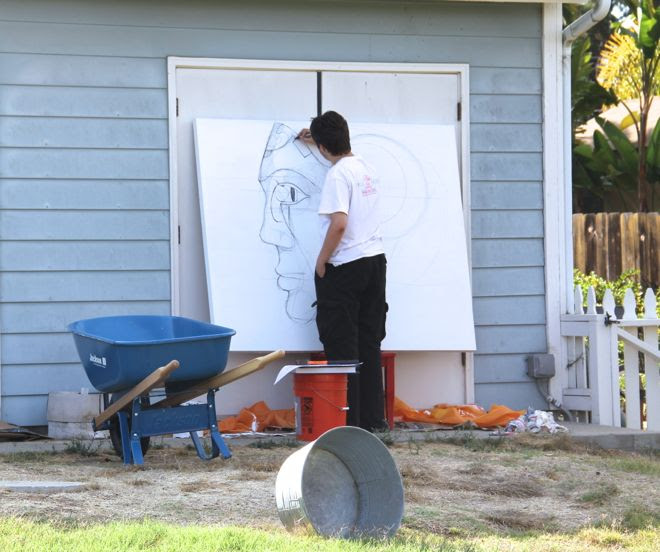 I watched him for thirty minutes. For eighteen minutes I filmed a stop-motion movie... sorry, I haven't figured out how to post it here, but I'll keep trying. 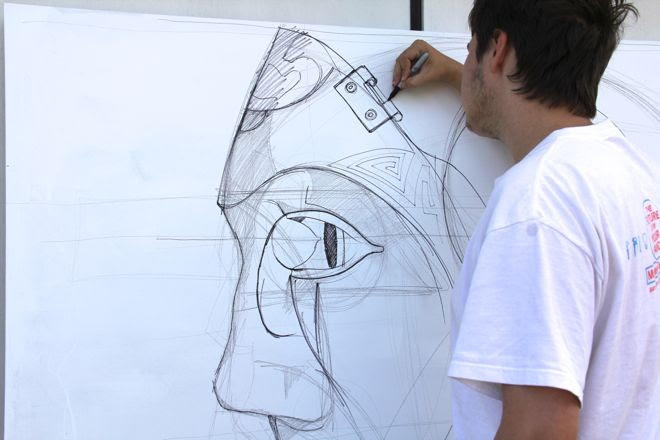 I marvel at the lines, the forms. He doesn't use tools... everything just flows out of him, and his pencil.

Then he added more details and layers with a Sharpie. A permanent, black marker. Moxie. 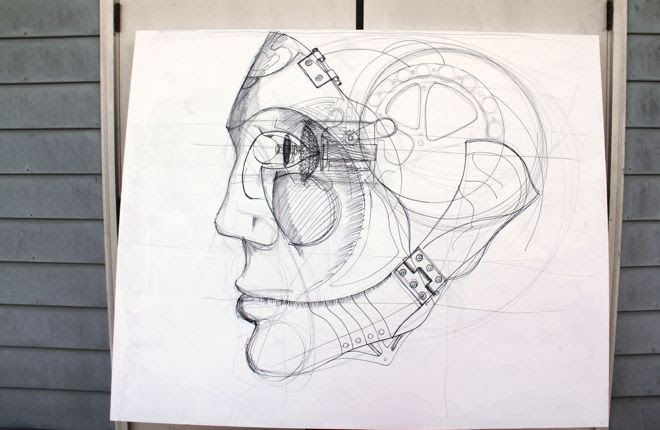 See? It's at a point like this that I am glad I happen to be home, with a camera. This is only a moment. And soon, all these lines and forms will take new shape, evolve. 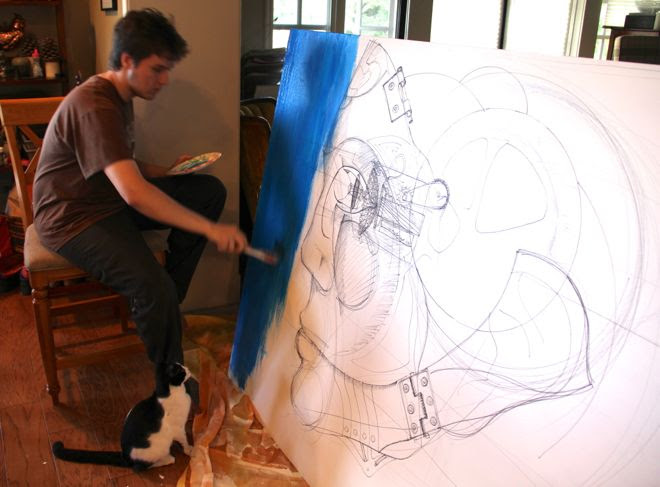 Sure enough... a few days later, and the paints come out. 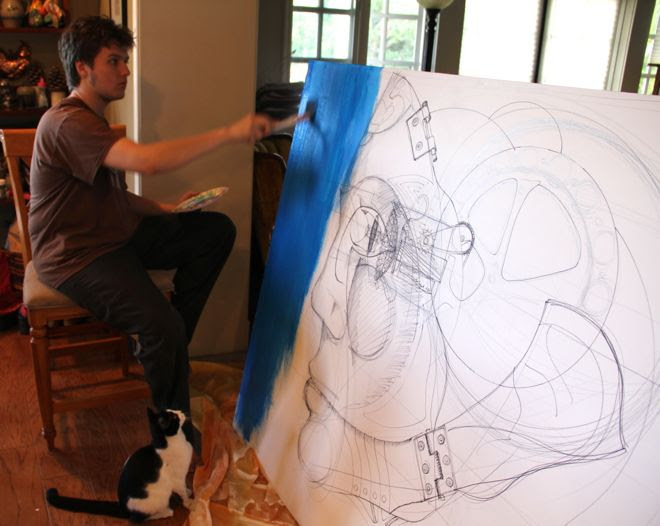 You see he has an apprentice? 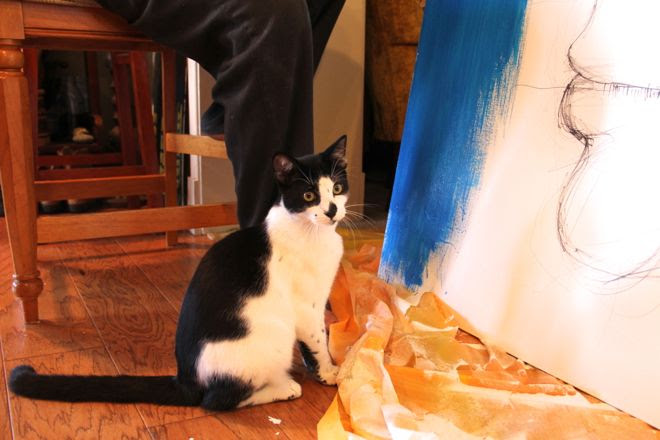 Maria had to help me get Mister Foo's attention, because almost nothing would get him to turn away from his painting lesson, and that marvelous brush. 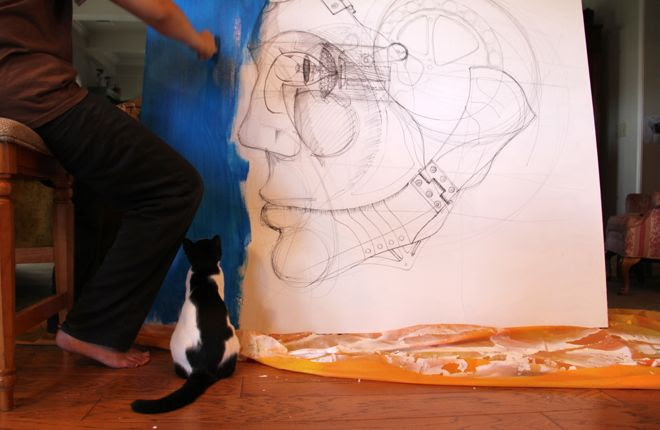 You see it coming, right? 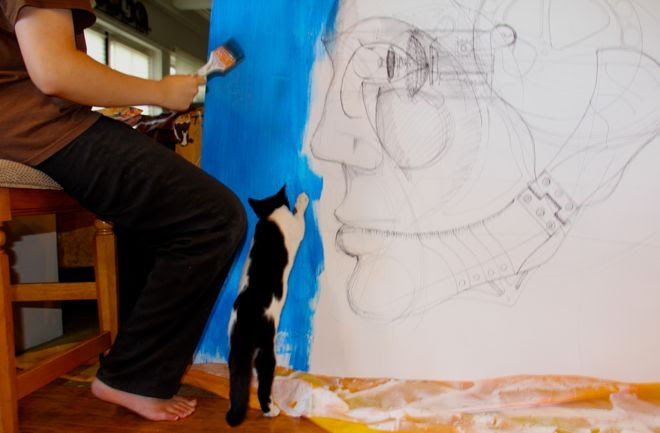 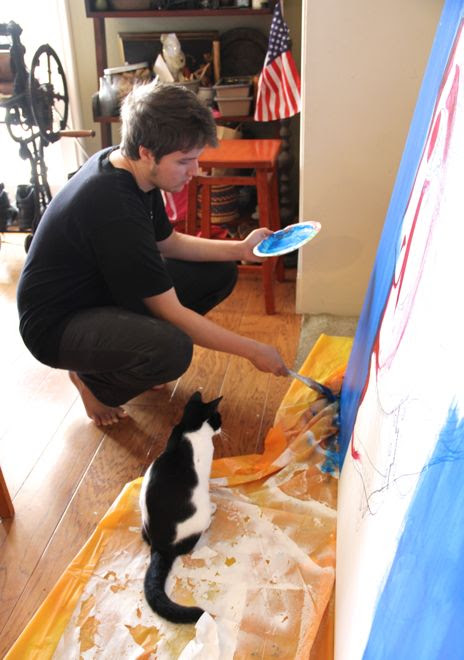 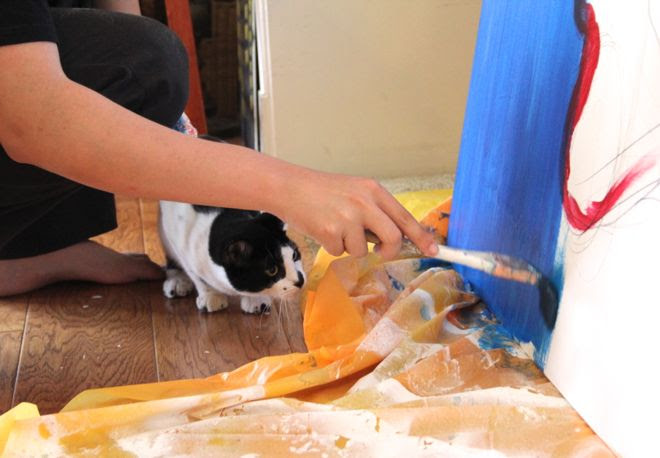 There is more to come.

Posted by Natalie, the Chickenblogger at Wednesday, September 25, 2013

I can't wait to see the next steps!

Have you seen the book called "When Cats Paint"? I think Foo wants a paint brush for himself!

Wow. His vision is amazing. I'm so glad you were able to catch the in-between stages, fleeting as they were.

One other place to look for oversized canvases is at Restore (Habit for Humanity shops). The one in Irwindale had a dozen or so at $10 to $20) each.