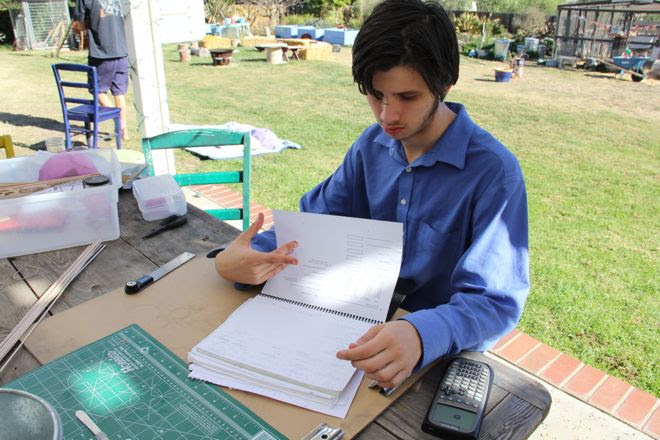 Max is in Honors Physics. It's his favorite class. A lot. Over break they got the assignment that is legendary: Bridge Building. Every year a new bridge challenge is presented by Stimson, with new rules, new limitations, weight and dimension specs, and designs that are not allowed. Stimson hands them a bundle of balsa wood... a total of 51' of slender sticks of wood, and some tips about soaking the wood, and which glues work well. 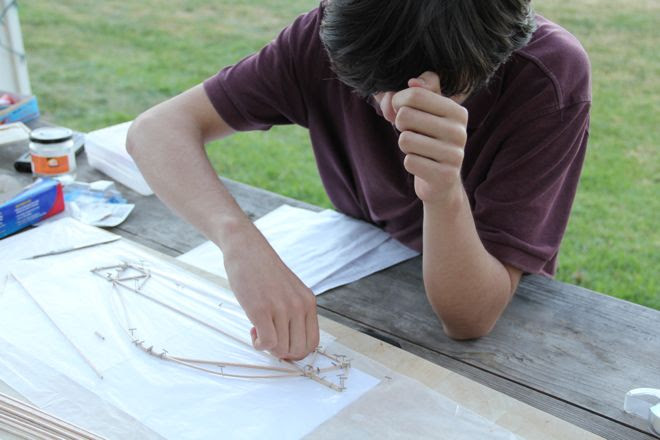 So. I wanted to put in a word about helicopter parenting, which I think is kind of laughable at this point, because even if I wanted to "help," I would never be able to help This activity is well beyond my expertise in anything. To my credit, and for the sake of full disclosure, I will admit to letting him use my salt, and my bathtub, and hovering around saying things that were hopefully encouraging: Pretty. Ooh. What would you like for dinner? 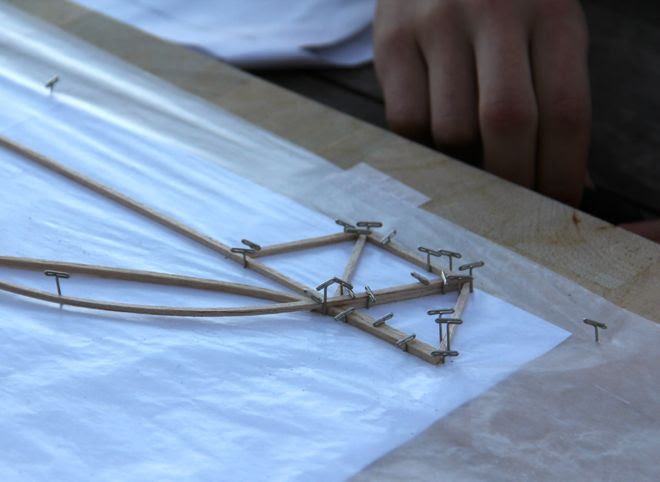 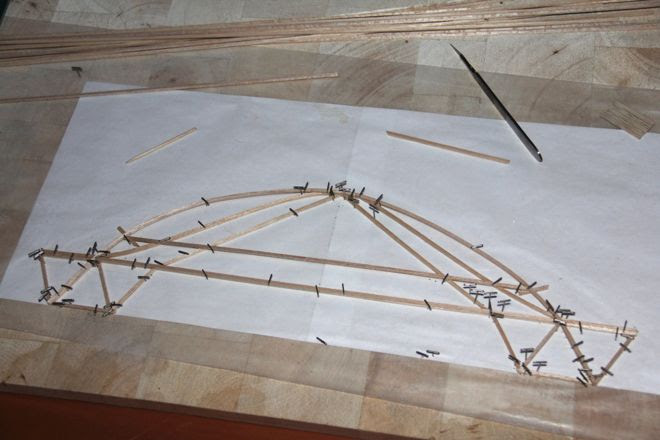 Max doesn't need helicopter parents. In fact, he's my role model and inspiration. Diligent, studious, disciplined, on time, on schedule, self-motivated.
(I think he avoids reading CB, because of outbursts of maternal observations, such as this. Sorry, son. I could say more, but I will restrain my declarations.) 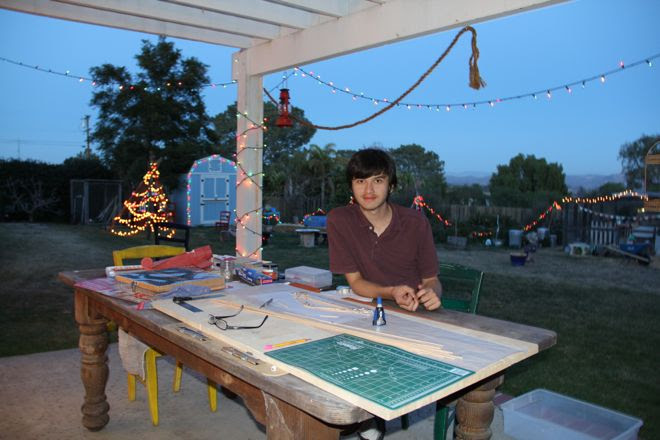 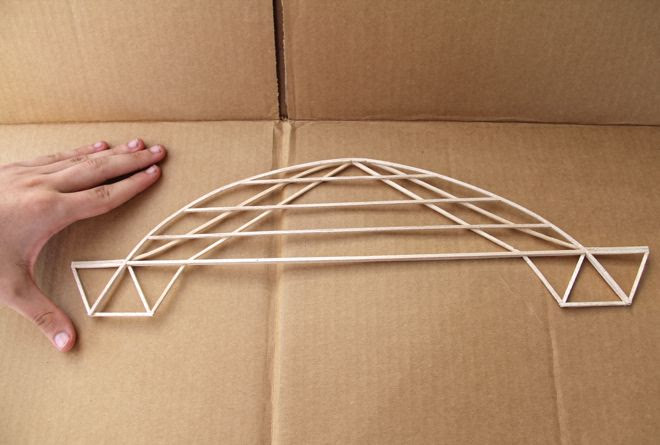 His own concept and design, and this is the point where I understood, and we agreed, it was going to get challenging, because without written plans, or a pattern, he needs to build a second face, the same as this first one. The difficulty in this is getting the wood to behave the same way... not easy with changing air temps, and humidity etc. 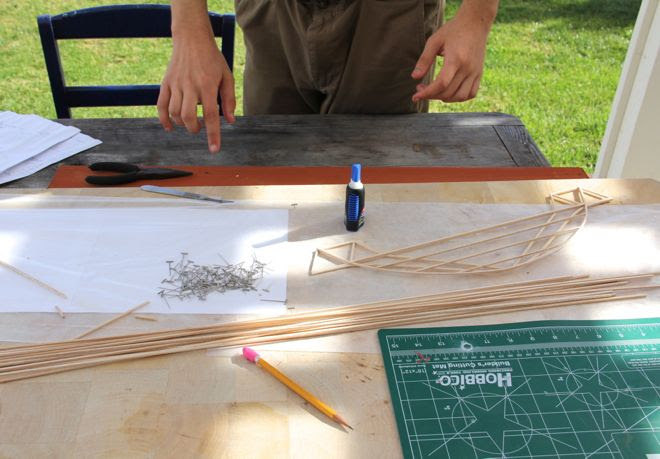 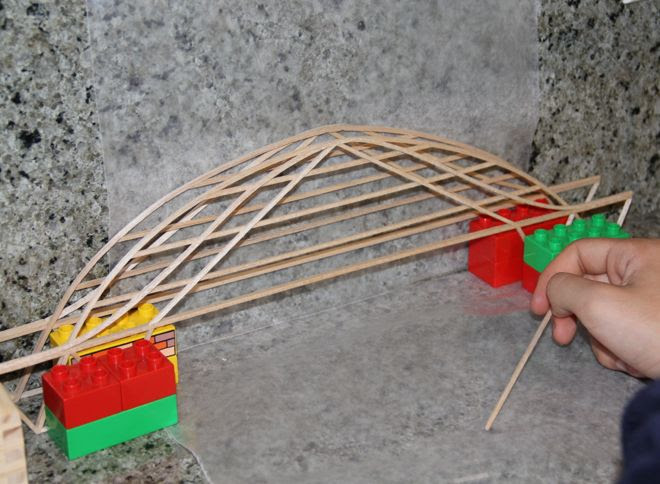 The second face complete, he sets up blocks to help steady the pieces he is attaching. 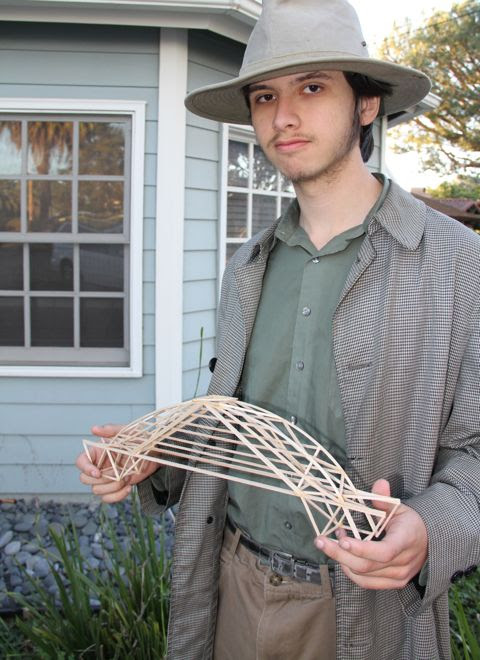 Complete. He brought the bridge in, small, and pretty. I think it's pretty. It weighs about 7 grams. And on Friday Max's bridge, and all the physic's class bridges, will face a rite of passage... a terrible destiny... they will face troubled waters. 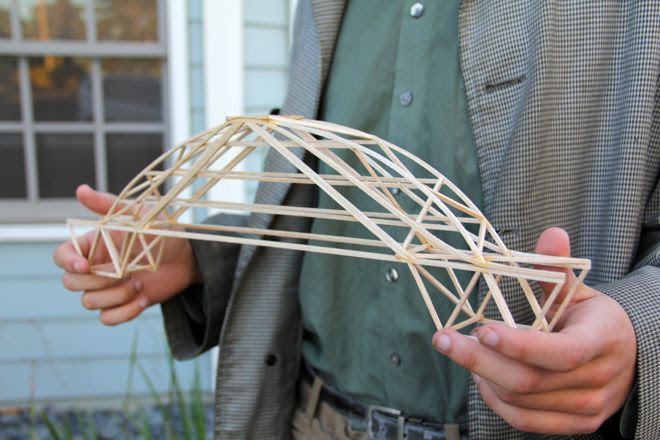 Alex, and Eli, built their bridges in 2011, and then their bridges were put to the test: Holding up a bucket that is gradually filled with water, until the breaking point.


I found this wrenching, yet beautiful. Alex says it was good. Alex's bridge (3:57) made it to the finals, when a bigger bucket and more water test the bridges. I think we need to charge the high speed camera and go see some more bridges over troubled water.

Posted by Natalie, the Chickenblogger at Tuesday, January 07, 2014

Your children are the best… smart, creative, imaginative, caring. They are way above helicopter parenting; they are in the stratosphere. 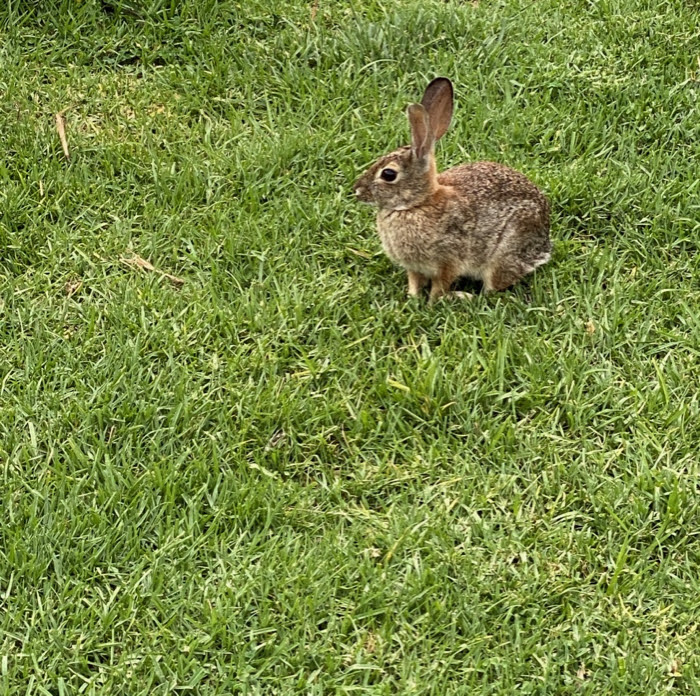