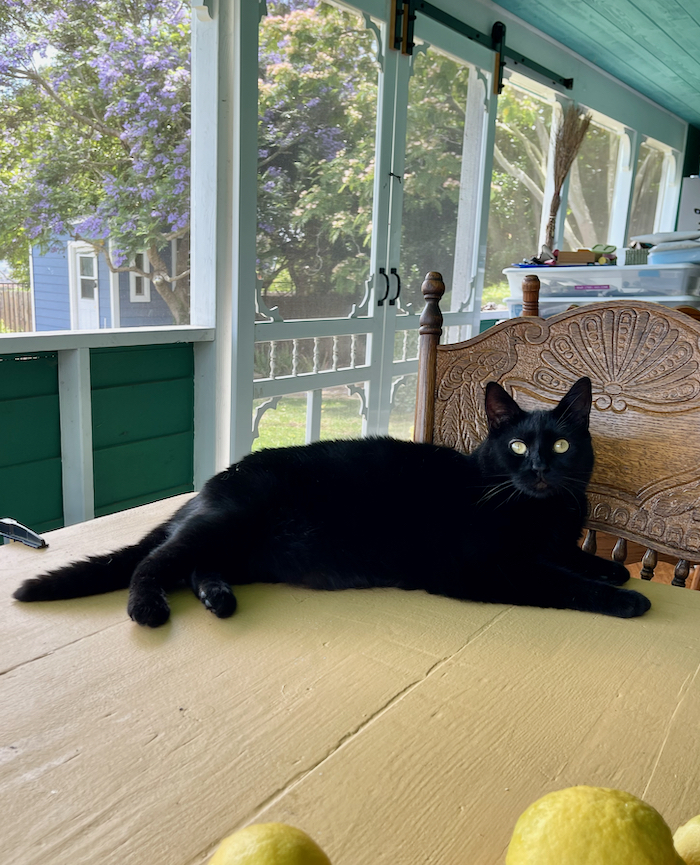 This is one cat. He is a round cat. A land-seal. We call him Sakamoto. We call him Saki. He calls us when it's time to eat. Saki wants to eat all of the time. He is very shy about scritches and snuggles and hugs, and such. He is never shy about getting his scoops. 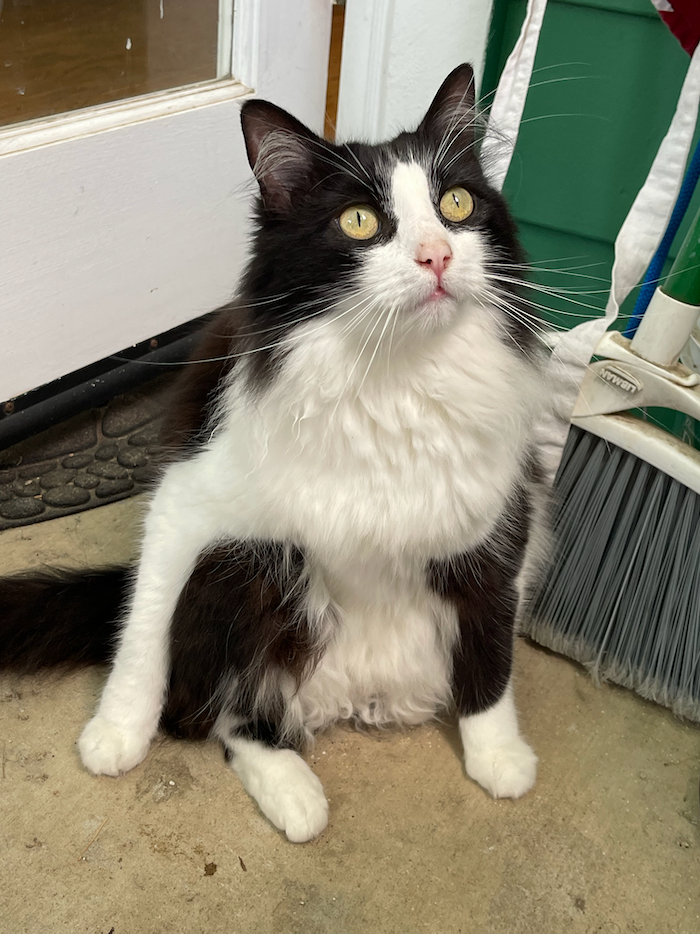 This is another cat. He is a floof. When he swallowed yarn the doctor did a scan of his belly, and that's when we learned he is half-fat. His organs are on one side of his abdomen, and the other side is floof. This cat's name is Neo Cairo Nepenthes. We call him Cairo, and Puppy Cat. Fluff Nugget. Boop. This Boop loves his Ikea Rats, and he does a rat dance. He sits in the bathroom sink, and steals rubber bands, which is not good. He is very soft, which is very good. 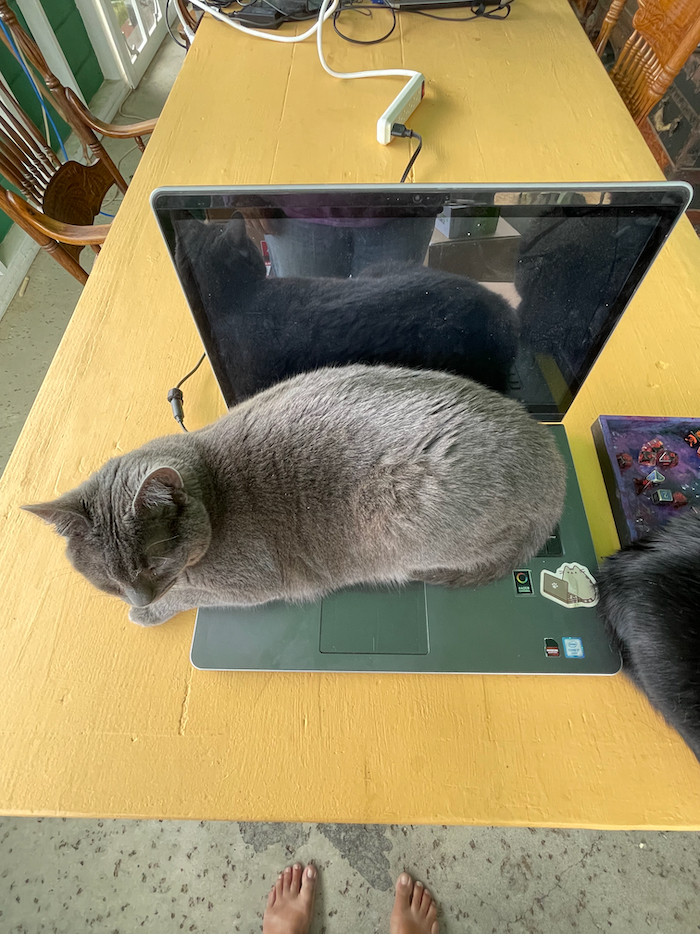 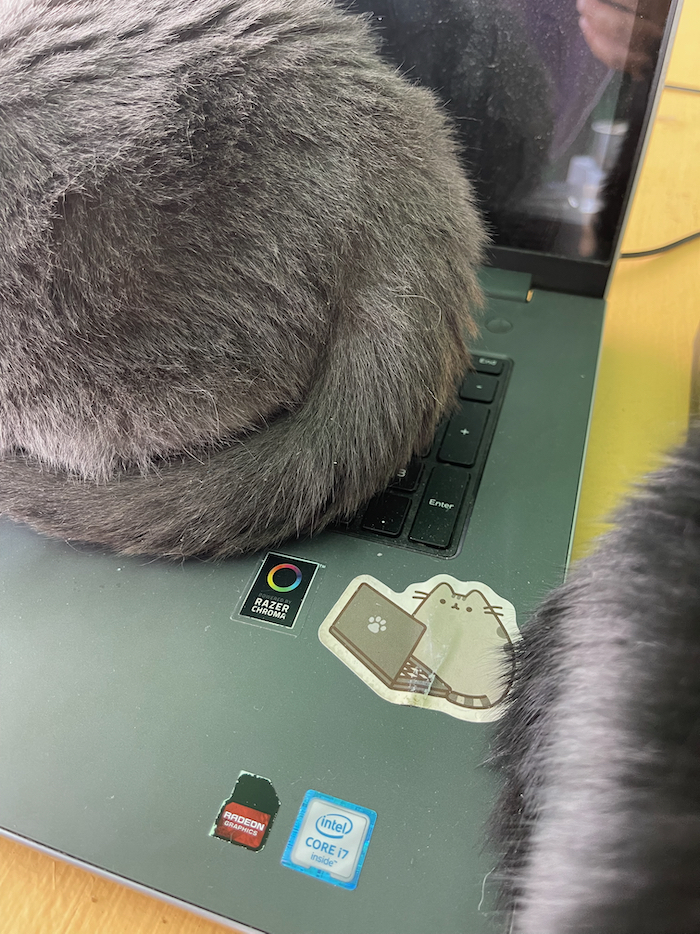 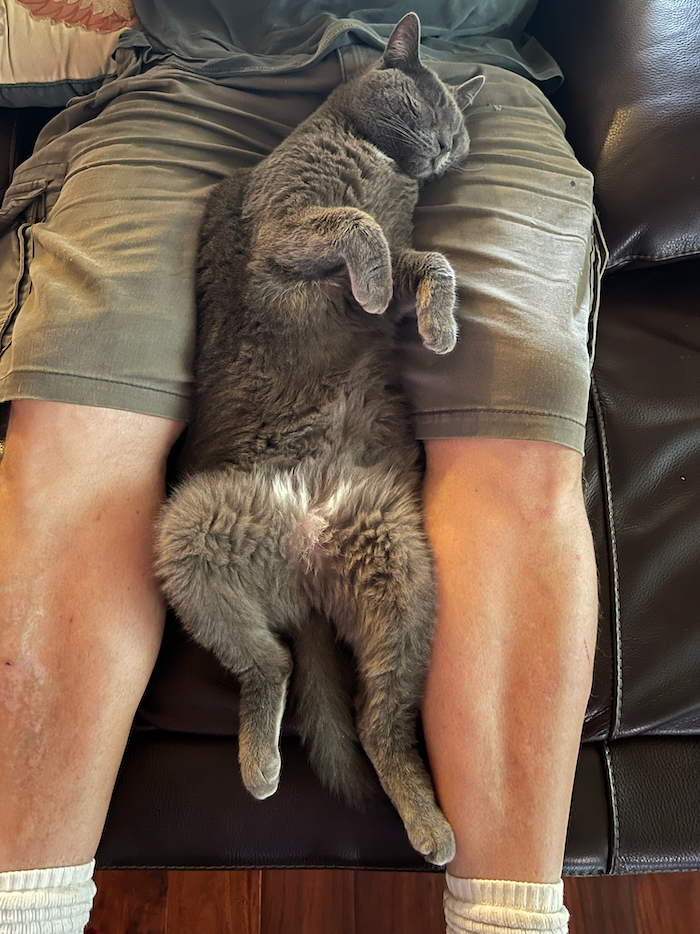 And this is the one we named Richard Pusheen Feynman. He is a practicing physicist, which means he likes to test gravity by pushing things to the very edge of the table, until they are drawn into the force of gravity. If you ask him to not test gravity, he is compelled to test it even more intently. Feynman takes excellent naps. Feynman is affectionate. Feynman talks. He may be talking about physics, we don't know. He will let you rub his belly, and he doesn't mind one little bit.
Posted by Natalie, the Chickenblogger at Wednesday, July 07, 2021

Email ThisBlogThis!Share to TwitterShare to FacebookShare to Pinterest
Labels: Gatos

It's nice to get to know your cats better. 5 meows to you!

Your fur babies are adorable! Fun to get to know their personalities. We only have one named Abby the Tabby, but my husband affectionately calls her Stripey Bitey because, well, she's stripey and kind of gets carried away in a lovey, bitey way when she is petted.

Ruth, it will be nice when you can get to know these grand-kitties in person, again!

Hello Kimberly~
Thank you. Somehow, all fur babies are adorable... at least a little bit! And they all have more than one name, right? It's nice to have our pets to adore.

They are such cuties!! What gifts they are. <3

We miss them!! Have your kitties welcomed you home, fully? Sometimes ours put us on a kind of probation when we’ve been away. And of course we’ve never been away from Saki and Feynman! I hope they forgive us!

The brothers definitely put me at arm's length for a while after I was gone for a month. It was such a bummer. Muta welcomed me home and, I think, enjoyed not having to share me with the brothers. They finally reintegrated me... but that was tough. ;)

It didn't take them any time at all the second time... when I was gone for two weeks. That was a relief. :)

Fingers crossed they forgive you quickly. <3