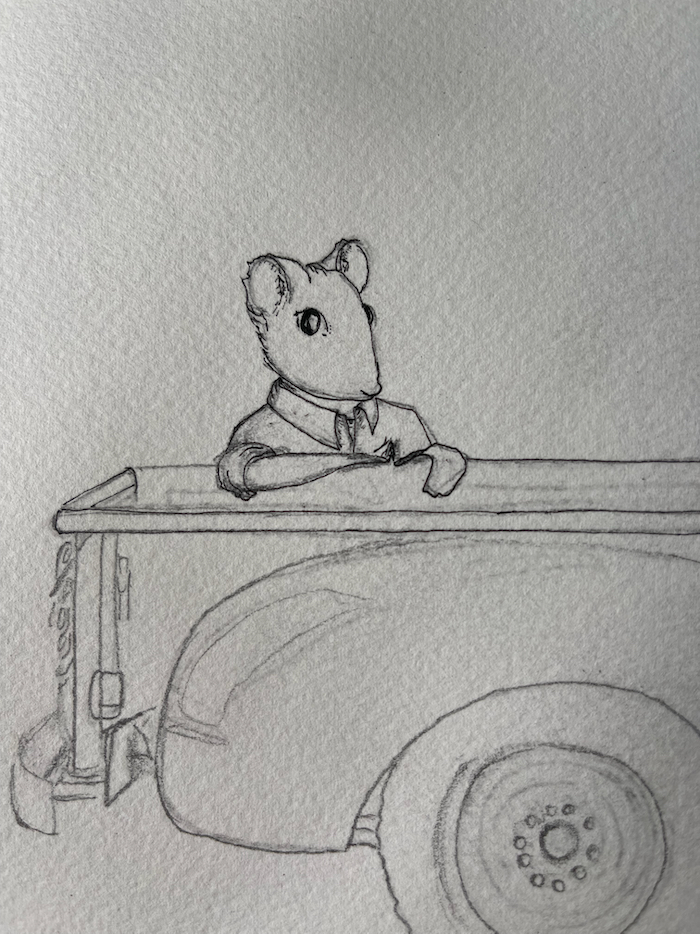 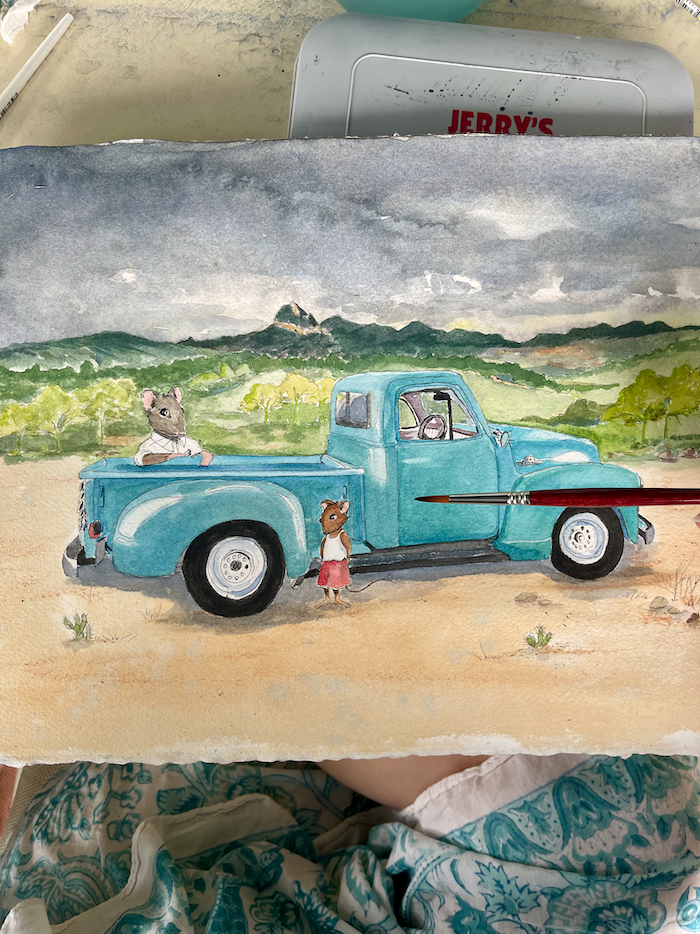 When I see these two pictures, I feel happy to be painting, and then my thoughts get clouded with should messages, I feel anxious, frustrated. I really don't want to launch into a post about how I regret that I am not painting more, about ways in which I am struggling. The rattys, the blue truck... they seem like evidence enough that I am getting something done, and if I don't want to muddle in the negative bulletins rapid firing from my brain, then I should not. Not muddle. Not focus. Not repeat, ponder, contemplate, voice, hold space for. Look! I painted a truck, a place I love, and more ratty-rats.
Recently, William acquired two stereoscopes, which makes a total of four that he has, and he told me, "I read that once you have three or more of something, you can call it a collection." By the way, William's stereoscope collection is really cool, and he even found a packet of photo cards, all of places around the world. They're beautiful.
Well, it occurs to me that now I have three original paintings of Chevy trucks; trucks that I have seen, and wanted to paint. The first one was a truck I saw in Wisconsin, and I wanted to make it as realistic as possible, and then I also enjoyed enhancing the glass panes behind the truck, and the painting took on a celestial vibe that I love. The next truck, one that lives not far from here, and Geoff and I ride by it on our bicycling route, I wanted to place it in California, but some place rural, and I looked at photographs of the Central Coast, and farms. And. I put a rabbit at the wheel. This latest truck was on our street, and only for a short time, so I am glad I stopped and took pictures. And again, I wanted to change the setting, and I was drawn to a familiar place in Mexico. Never ever in my whole wide imagination did I think I would attempt, or even be interested in, drawing a truck. I love trucks, but even now I think: Trucks? That's hard, and complicated, and there too many angles, and technical kind of things about trucks that would be way too difficult to represent. No way! And yet! Now I have a collection of Chevy paintings, and some other photographs of trucks I'd like to paint. And I can't explain the rats, nor the rabbit. How, when I have managed to make a fairly decent sketch of a real thing, I cannot resist inserting something decidely unrealistic. The harder thing to describe is my feeling that they are not there to be "cute," to be darling. In my mind, they are not depicting anything childish, or shallow, and I hope to someday be able to articulate why they show up, how they are holding space for depths of emotion and reason that I can't quite find the words to express. 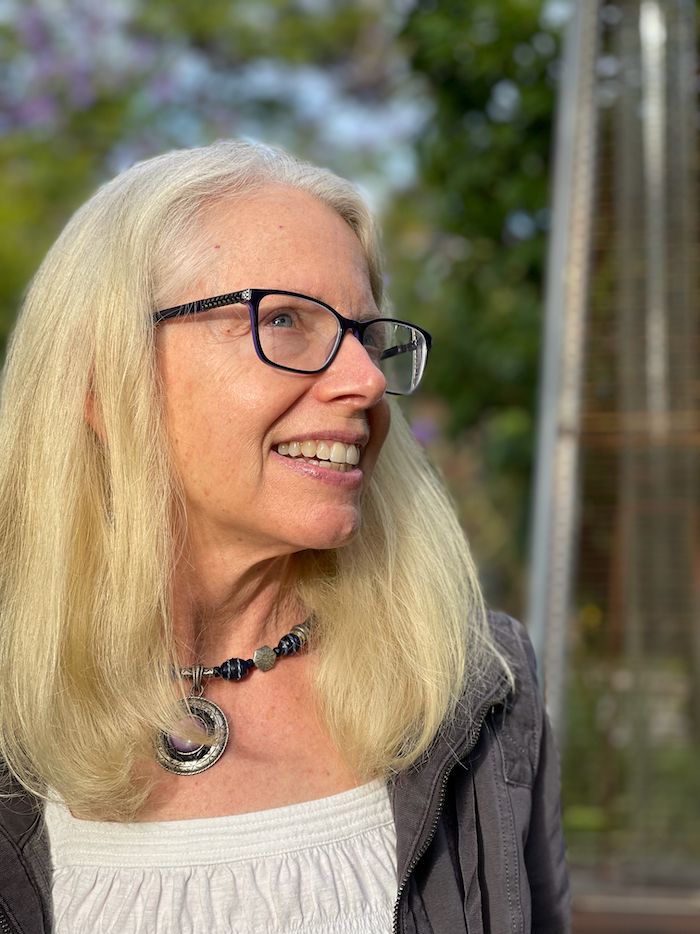 We have had a Mom's Night Out. I believe the Moms got together at least once during the Stay At Home times, but this was the first time that was more like old times. These Moms are friends that have been having a monthly dinner gathering in each other's homes since... 1996? I've posted many times about these friends, and some of our gatherings. I wonder if I have ever really delved into how much we have been through together, how blessed we are to have been in each other's lives. In any case, this night was welcome, after such a long absence, and I kept looking around and thinking, These women are so beautiful! My friends are beautiful. And I wanted to take lots of pictures, and kind of grasp the moment, hold on to laughter, and familiar gestures, the feeling of admiration I have for them. Anna Banana admired my glasses (That's another story, but thank God, I finally got new glasses!) and I let her try the frames on. I took her picture so she could see how they look, and she wants to get the same pair... which I love. They're from Costco (not a sponsor, but they do a great job, and it's all so reasonable.) Anyway, now I have this picture of my beautiful friend, and I can't help sharing it. And I am reminded that I have been conscious of what portraits and photographs of people means to me, how the last year has changed what I photograph, and moreso, what I share and don't share. As ever, I would love to take more pictures of people, of loved ones, and to share them. And I am glad that I have so many loved ones to admire, to share time and space with. 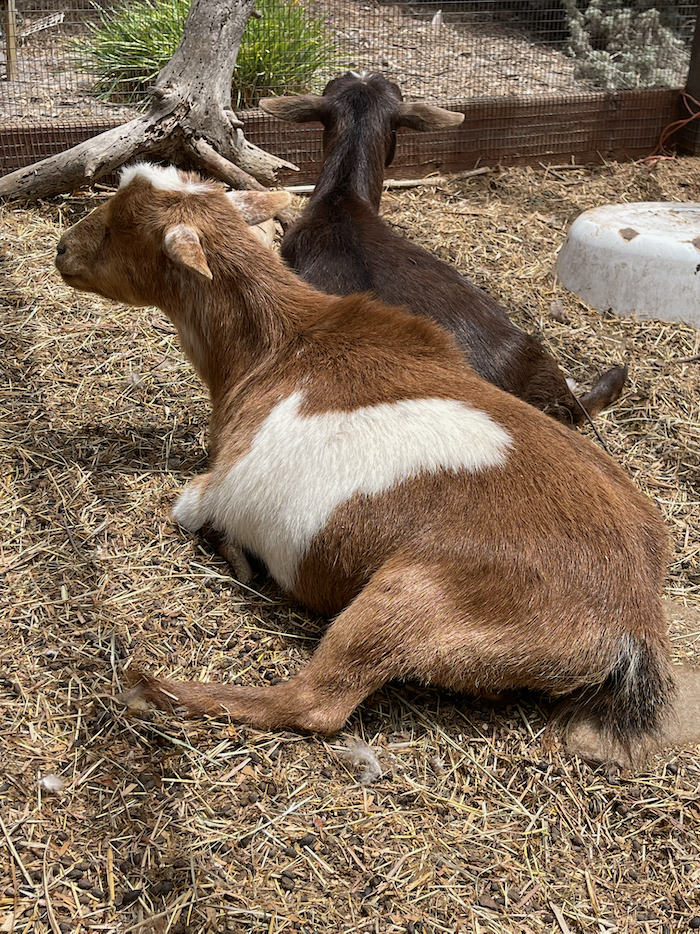 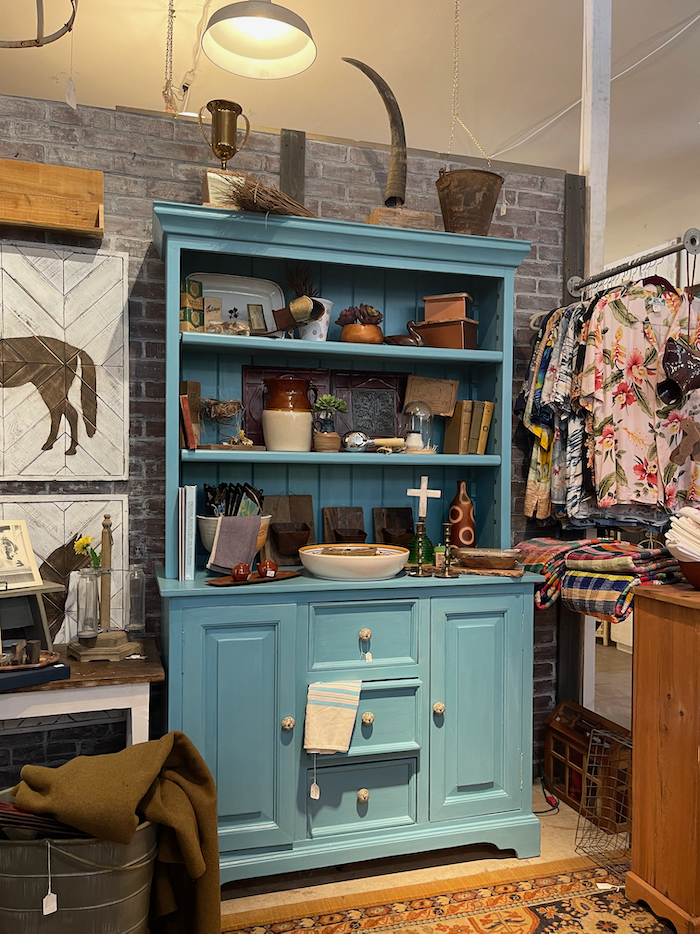 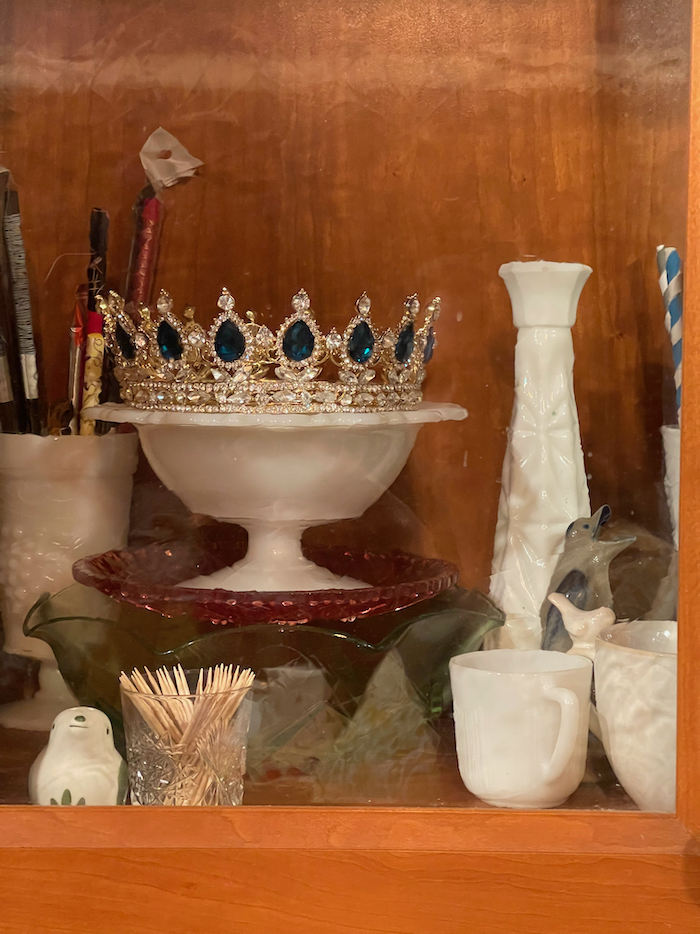 Oh, I am postively loaded with deep thoughts and other musings this morning, but if I go on and on about everything I am observing, this post will be an epic, a saga. Is it time to switch to bullet points? Should I just Hemingway my musings, be concise, and leave the deep thoughts below the surface?
Ada and Tasha switched power positions, after nine years. Tasha is the herd leader now.
I want this cabinet. I want it in my kitchen, where the smaller, teak cupboard is, which I bought when we were homeschooling, and it was affordable and convenient. I want this, though, because it's blue, and pretty.
And. This. Yes, it's a crown. And full of gems. I mean, not real sapphires and diamonds, but real sparkly, and heavy. It's something better than a costume toy. It arrived in the mail, in a box addressed to "Queen Natalie," and there's an address to spin your head! It's wildly powerful. Have you ever worn a crown? You have to stand regally, and move gracefully, with purpose. It looks amazing on... on Bambi, on Maria, on Geoff. Who knew? Did you know? Did you know a crown, even a mail order one, can give you royal bearing, and a purposeful stride? And! I have no idea where it came from! Who sent this to me?? I didn't know where to put it. It could go back in the box, and into a closet, but that would be a waste of the enchantment it casts, so it's in the kitchen cupboard, the one where we display "fancy" things, which doesn't explain the paper straws and chopsticks, but nonetheless it's a place of honor. When you come over, you will have to try it on. I want everyone to feel the sparkly, the magic.
Posted by Natalie, the Chickenblogger at Wednesday, June 30, 2021

I think you 'should' ignore the 'should' voices and focus resolutely on the sense of getting something done and the enjoyment of this new addition to the (now official) truck painting collection.

For me, the rats definitely add something poignant to this painting, a scrap of narrative perhaps. They make me curious about why they've stopped on the road, what is happening/about to happen - it looks like it's going to rain soon. They're beautifully drawn, but they're not 'cute' there is far too much going on in their faces for that!

That's a good should! Thank you.
Thank you for seeing the rattys as more than superficial. And you see the weather, too! I am so excited! In the summers this place is all about the Monsoons, and the skies go from blue and clear to a stirred up torrent of wind and a deluge of rain. My family are ranchers and farmers in Sonora, and I can remember my own Abuelo walked everywhere, or sometimes rode a donkey. But when there was a truck going anyplace, we would hang about on the chance of getting a ride, to anywhere! Even if it was to enjoy a view, we would hope to join and share the ride.