Black Ratty is Back! 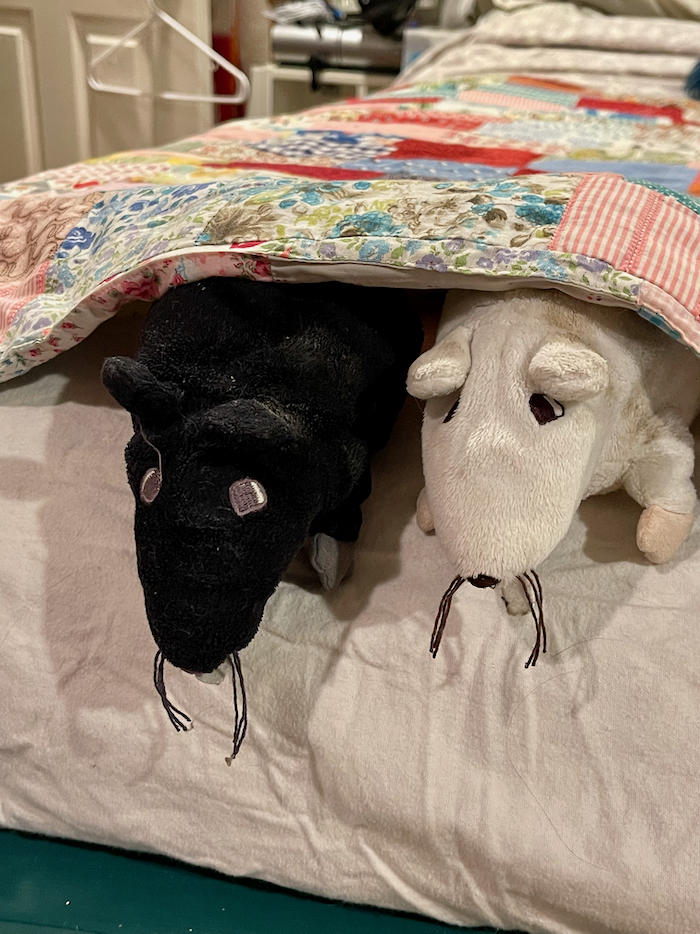 Does anyone remember? Black Ratty? And that we were missing Black Ratty, Cairo's most beloved Ratty-Rat? It was a long spell we endured, longer than since I wrote about it. And by now, I had no presumptions of ever seeing his ratty, again. It was sad, actually. I projected my sorrows and frustrations on that missing rat, and ascribed all things that went wrong, felt tenuous, on the void, the mystery. Then, while excavating cleaning my office, I discovered Black Ratty at the bottom of a basket. Of all the rewards, or benefits of laboring away tidying up, nothing could top this reunion. And Cairo? Oh, Cairo played it cool, and you're probably not surprised about that. He sniffed it, knowingly, and looked at the Ratty, with a sideward gaze, calculating how much emotion he could afford to extend, without sacrificing his feline ego. He went with a barely perceptible glint of recognition, before turning his head, as though he only felt indifference. But, later that night, without witnesses, Black Ratty was pulled from the covers, singled out in a ritual of affection, elation, and dropped on the floor. True love.
Posted by Natalie, the Chickenblogger at Thursday, October 28, 2021

It's wonderful that Cairo's beloved Black Ratty surfaced. This alone could be a page in your children's book.

Dear Ruth, thank you... for appreciating our small, yet significant development. And also for being that gentle and constant voice, reminding me that I can make something, and guiding me toward that vision. I don't readily see it, but I dearly appreciate that you do. Thank you.