Good, Kind, Caring Things, For All 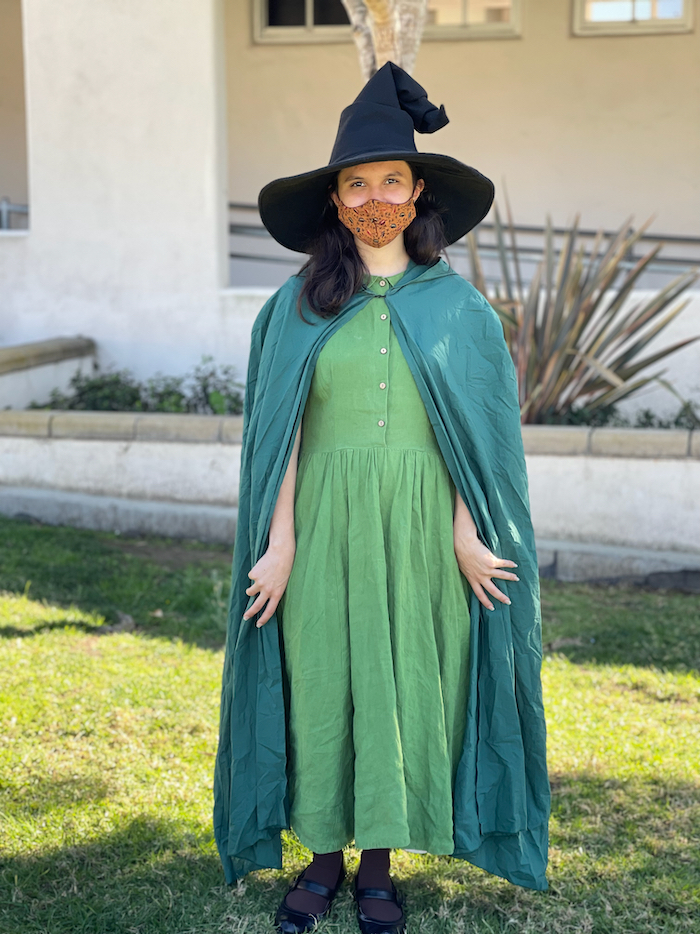 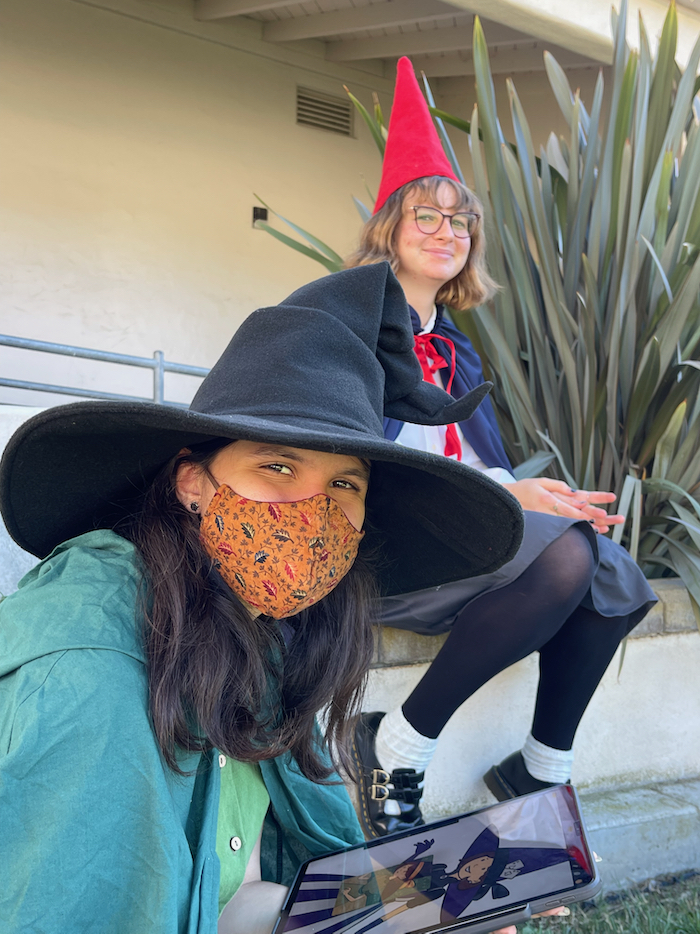 The Beach Chair Book Club dressed up and shared a potluck for Halloween. Skylar and Maria realized they haven't enjoyed this school activity since they were sophomores. I am so glad to be included in BCBC, so I can have these last glimpses and chances to appreciate this school that has been a part of our lives since 2009. 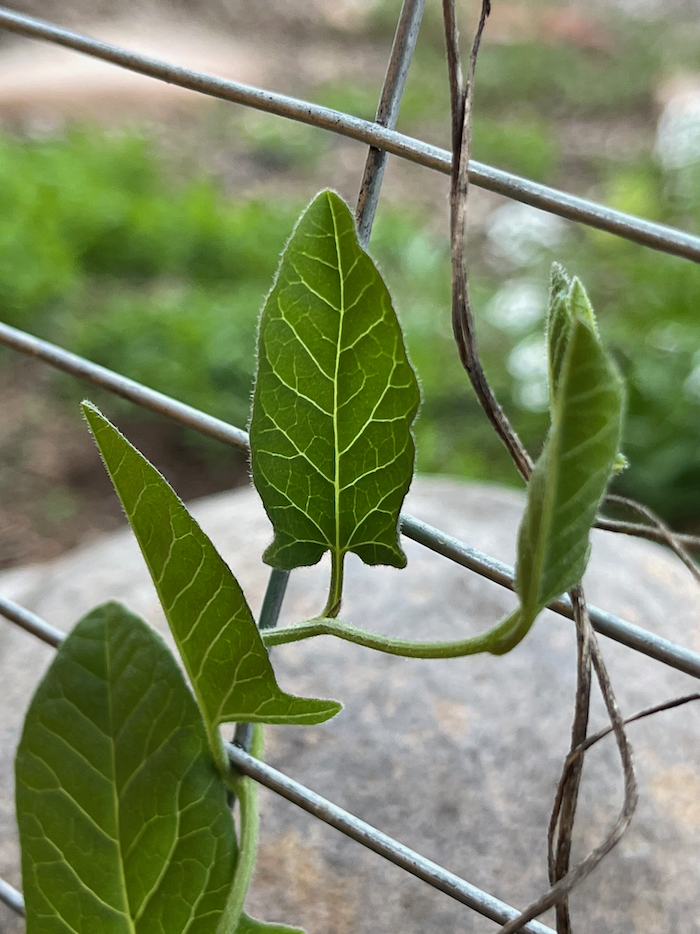 I was trying to think of some interesting thing to say. Maybe write about these leaves, or about the weather, or about how much Geoff is accomplishing with... well, with everything. He was filling my bicycle tires with air, and I was sitting laying down very close to these leaves, and trying to not feel exasperated about this invasive vine that I have been battling for three years. Instead of grousing, I took a picture, holding my phone upside down, because I was determined to not sit up. And in that same time, Geoff also changed the battery on my bike. 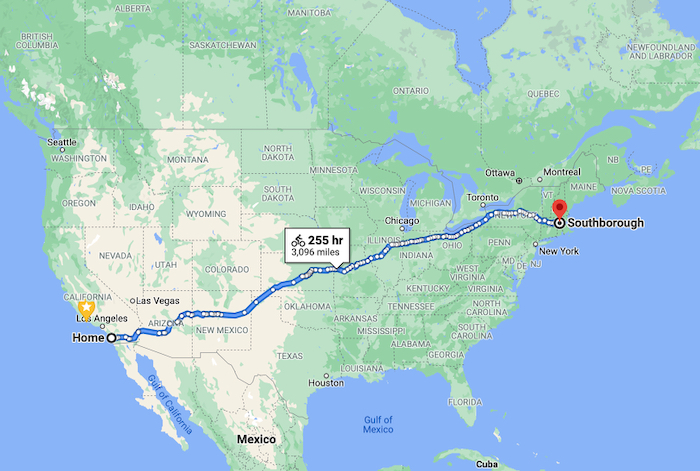 And speaking of our bicycles, we've ridden over 4,000 miles. Four thousand cycling miles! I still think of My Very Big Adventure, the one where instead of riding wary little loops around the same familiar streets, I am riding to Massachusetts! I've imagined going by way of Oregon, then on to Wisconsin. I've written about this a number of times, and I think of it often. Often, but less frequently. You see, when I drove to Oregon, and back, this summer, I was reminded of what a real life bicycle ride looks like, on narrow roads, with lumber trucks, and fifth wheels, and winding cliff-side passages, and long stretches of remote highways. Mostly it's about other drivers. Those same other drivers were shockingly indifferent, speeding, tailgating, honking, cutting people off, running stop signs. I am sensitive to the issue of careless drivers, but I am not the only one to notice there is a crisis out there! And I have witnessed first hand how readily people seem to be willing to shrug off and deny the trauma. It's kind of ironic, because I have to suppress and deny my concerns and fears, too, otherwise I would have nothing to do with driving, or even riding in a car, and bicycle riding is, sadly, kind of terrifying, so I go out pretending/hoping it's all going to be fine. In fact... I am sorry I even develed into this! I thought I was going to celebrate over 4,000 miles ridden around, with Geoff, on our bicycles.
Where was I?
Oh yes. I don't think about my imaginary ride across the country as much as I used to, because I came to realize that actually doing that ride would be far more complicated, and scary than I can cope with. This is a sad realization, because I have let unfortunate facts curtail imaginary, daydreaming pleasure. I have detailed notes about routes and roads, and appealing sights, stops from my front door and up the coast, across the middle bits, into the Northwoods, around the Great Lakes. I've anticipated vistas, and coffee shops, quiet byways, where I would be wrapped in the beauty and wonder of a winding river, quiet woods, gentle, mild adventures, idyllic, poetic, make-believe. (In some future time, when a great-great grandchild, or an estate sale plunderer, comes across one of my notebooks, chock full of meticulous notes, and specific mentions of a cafe, or Amtrak timetable, of crossing the bridge to Mackinac Island, I wonder if they will marvel at my feat? But, I am here to set the record straight: It didn't go down like that, but imagining it could happen was satisfying, and motivated me to act at least a little braver than I feel.) 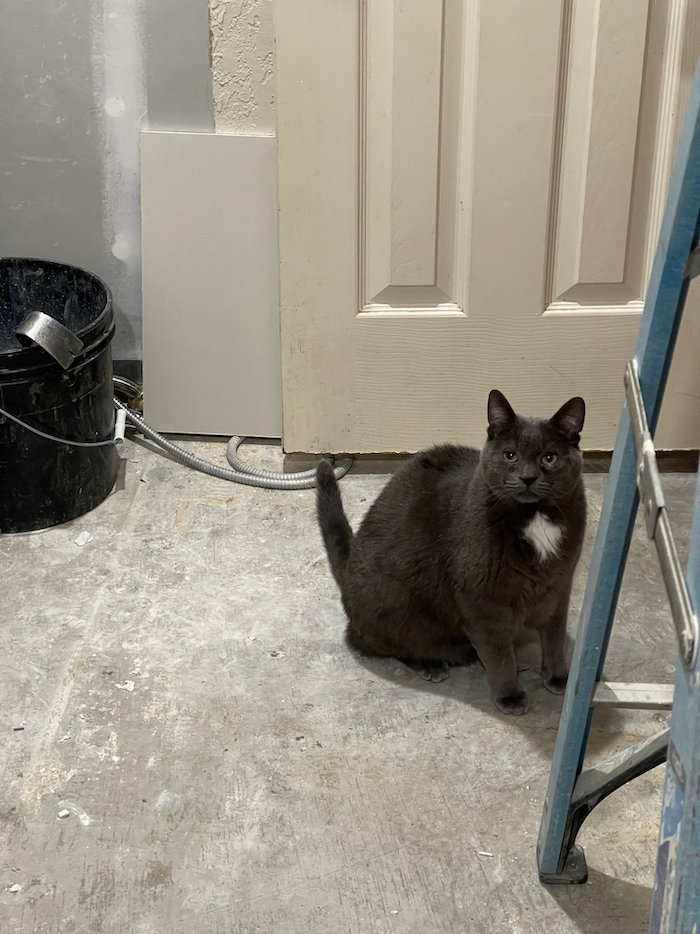 New Subject: Cats.
At long last, I have taken all of the kitties to their veterinarian. And they all got a clean bill of health! I was more relieved than I expected to be. We adopted the babies, Feynman and Saki, only a few months before lockdown, and vet visits simply fell off of my radar. Dr T is caring. He came out to talk, not just about the cats, but the family, asking about the young folks, and how we've been holding up. His own three littles are well, and getting back into a groove. He asked if we had concerns about our kitties. Feynman's weepy eyes are just that... weepy. He saw no cause for concern. And Saki's roundness? Is he happy? asked Dr T. Yes. He is happy. He just loves food, like no other kitty I have ever known. He loves it. Loves. It. Dr T laughed, and said it's good we do portion control, and that we are mindful, but Saki is well, and happy, and what else can you ask for a kitty? I am so relieved. It's been such a long season of worry, of trying to manage things, invisible things, insidious things, and I just want happy cats, and considerate drivers, women's reproductive rights, billionaires sharing the costs of living in a civilized society with affordable education, healthcare, and progressive action to save the planet. Simple things. Good, kind, caring things, for all of us.
Posted by Natalie, the Chickenblogger at Saturday, October 30, 2021

Those last few sentences resonate so much with me. It really has been such a long season of worry, and sometimes it feels never-ending. So imaginary road trips are a wonderful distraction. After reading this post I used Google Maps to revisit some of the places where I lived as a child, and retraced the routes I used to take to school. We moved house a lot when I was a kid, within the UK and in different parts of upstate New York, where my Dad is from. I'm a fearful traveller now, but the notion of imaginary journeys appeals so much. Along with good, kind, caring things for all of us. Thanks Natalie!

I love your idea of how a bike trip might be. I cycled down through France and Spain to Morocco many years ago and the lorries were hard, but we tried to take side roads where we could. I accidentally cycled on a motorway in Morocco, but there was no traffic and donkeys and pedestrians crossing it, it was brilliant. I used to cycle to work in the city centre as well, but I wouldn't do it any more I don't think.

Oh goodness, you have so many beautiful photos and stories on your blog! I can't possibly catch up but I'm looking forward to everything to come. I think we need these imaginary trips whether we do them or not. It's always important to dream and look forward to something.

Map reading! Amelia, we may be kindred spirits. I love reading maps, revisiting old places, finding new ones, imagining trips, or getting oriented on a journey happening in a book. And I moved a lot, too, so sometimes even a familiar road can feel like a connection to otherwise intangible places.

Cycling across countries! Oh, the wonder and adventure of that! I am going to hold on to the hope that some day I will find a very long stretch of dedicated bike trails, hopefully some place gorgeous, like France, or Spain, or Wisconsin, Holland. I want to believe there is a mild and safe cycling adventure in store for me... I could handle donkeys and pedestrians! Are there blog posts about your ride in Morocco? I'd love to read more about that!

Thank you, Sarah! Catching up on this blog, which has been around a long long time, would be a feat, but I am glad you've popped over. I agree with you, heartily, imaginary trips and make-believe are essential, as is looking forward.

Hi Natalie! I am so glad you found me and that I found you! I love your blog already. I think we are going to be friends :) This is lovely, I want those good, kind, and caring things for all as well.

Hello Nicole! Alicia Paulson did me a big favor in that last post, and I am so glad we are *meeting!* Old friends, good friends, new friends... I have a lot of respect and appreciation for blogging connections, and it's wonderful to be discovering more goodness, like yours.