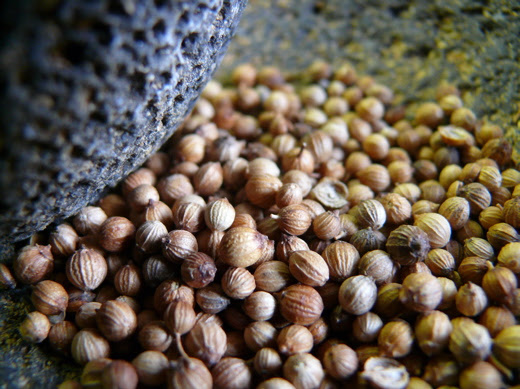 I don't think I've ever made tamales in June. Normally I reserve that insanity for November thru December, when it's cool enough to spend 12 hours over steaming pots. But when my children are planning a birthday party their enthusiasm is infectious. I get caught up in their excitement and I want to do my best to make all some of their birthday dreams come true... like serving enchiladas and tamales at the medieval banquet.

Medieval tamales?
Why, yes. A little known contingent of Viking explorers were blown way off course and found themselves on the shores of Mexico, long before Hernan came and plundered. The Vikings were somewhat disoriented, hungry and homesick, which mellowed them considerably. They left peaceably, and the only gold they carried away was maíz, some cilantro, chile and ajo, and a recipe for tamales. When they returned to their native homes they produced a great many hot tamales and, naturally, froze some for later consumption. These frozen caches of spicy goodness were discovered by a small band of lost medieval Crusaders. The tamales saved their lives, and they returned to Sherwood Forest and regaled the peasants, lords and ladies with tales of the "Wondrous parchment wrapped meal, with most savory filling." Some say it's only a legend... we know better. 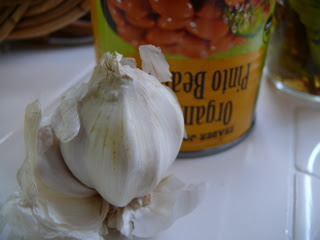 So, it's tamales in June, with lots of garlic and coriander and chile. 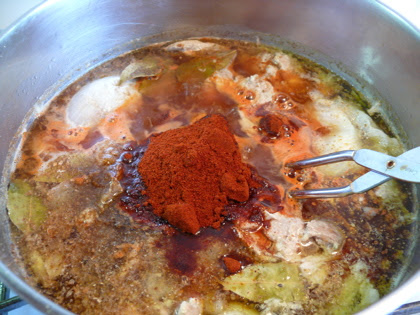 It all goes in the pot, with the cumin, onion, bay leaves and oregano. Simmer, simmer. Like the Vikings, I won't order masa preparada... they had to grind their own maíz to make their masa. I will make my masa from the bag of corn flour in the pantry... but that will have to wait. I have lunches to pack and children to deposit...
Posted by Natalie, the Chickenblogger at Wednesday, June 06, 2007

LOL re: the medieval tamales. I have never eaten or even tasted a tamale though. :(