Get Up and Dance With Pink Martini 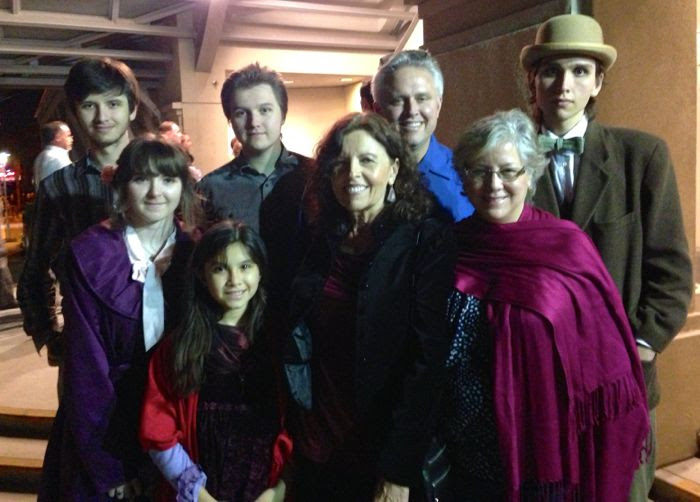 We had our annual Christmas in the City outing... in search of music, art, science, good food, lights... all of the above! This year we may have topped all of our outings, past and future. It was too magical to beat. And for extra happiness, we were able to snag one more ticket for my mom... a fitting gift for the Oregon woman who first introduced us to this marvelous, Portland band, Pink Martini. Maria was a toddling, wee thing when we first started playing Sympathique, twirling in the kitchen, and shimmying in the garden. And for the entire drive to Oregon, and home again, we listened to nothing but the beautiful Dream a Little Dream CD... beautiful, gorgeous, a gem. I make playlists for every mood, party, activity, and season, and I cannot think of many that don't include Thomas Lauderdale and his marvelous band. 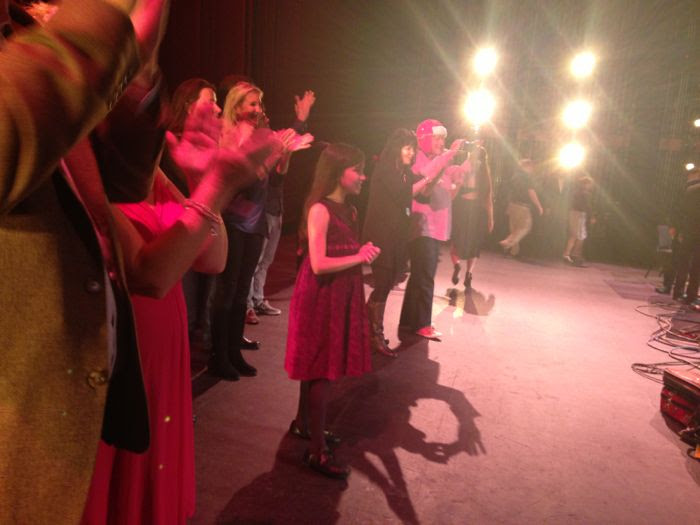 The night before going to the concert, I dreamt about going to the concert. It was a very happy dream, and I loved the parts of it when I was, in blog-like detail, describing the band, to the point where I was tearing up, feeling deeply enthused. In reality I was hoping we had good seats, and yes... yes, I was really hoping Maria would be able to dance, stand in the aisle or at her seat, and do what she loves, what she can't not do... dance! And then it happened. 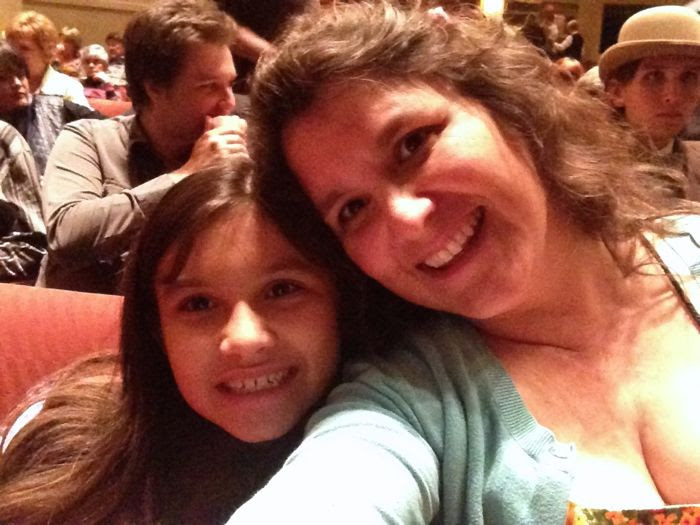 We had good seats. Great, really. And the music was stirring, a thrill. Maria and I squeezed hands, she was singing lyrics. Storm Large sang with the purest, most powerful voice I've ever had the pleasure of hearing in a live performance. She has a presence that is riveting, gracious. She moves with her voice, with the band, and weaves all the parts, the instruments, the words, the players into a compelling composition. Fun was happening on that stage, a playful, skilled, collection of artists, who seamlessly project their passion for the music, and bring the audience along for the party.

And then, Storm Large invited the audience to join them on stage, and her words were barely leaving her lips, when I told Maria, "You can dance!" It was a large venue, very formal... imagine the idea of going up onto a stage, with your favorite band playing, bright lights making looming shadows, thunderous applause filling the air, and not surprisingly, Maria was hesitant, but she was the first to accept the offer and reach the stage, and Storm Large herself, took Maria by the hands and led her up, and they danced! 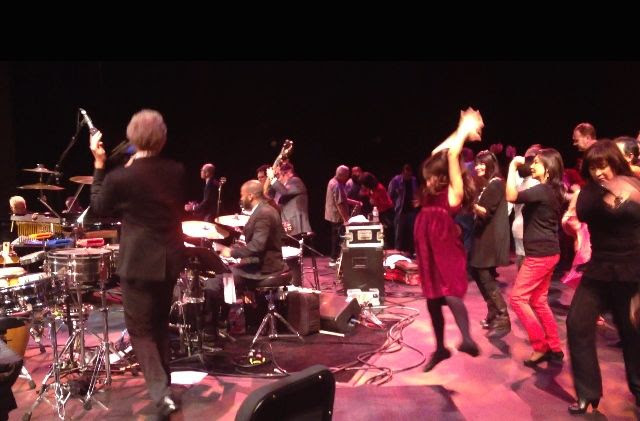 Behind the band the space filled up, and Maria took a place in the midst of all of it, and danced, danced, danced. Shy at first, but after meeting Storm and taking those first steps, she didn't need anymore coaxing. Maria loves dancing. I don't think she noticed anything but the beat, and her joy in moving to the music. This happened four times! They played favorite songs, like Lily, and Brazil, and I thought Maria might burst when Timothy Nishimoto sang Zundoko Bushi! She tried to shake his hand... she really wanted to thank him. 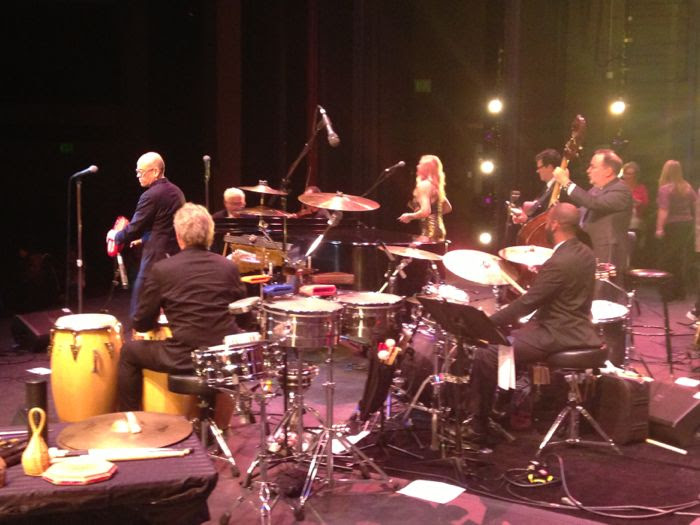 I love this band, and now we will have to sell our home, find a place for the goats, and chickens, and travel the world so we can follow Pink Martini, dance, and be mesmerized by their music. It is a happy fate. 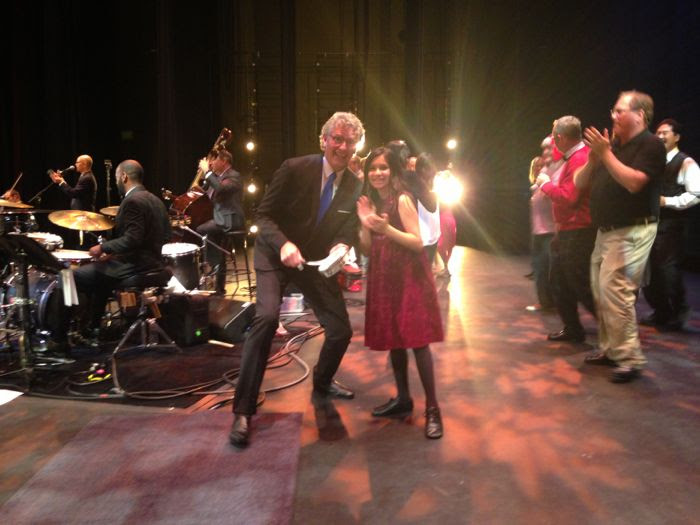 Brian Lavern Davis, keeping the beat, danced with Maria, then stepped in for a picture, too. {And I cannot emphasize enough how warm and friendly everyone was... they keep a busy tour schedule, they're playing all over the world, but in that moment, they played and engaged like they were there just for us. It was lovely.} 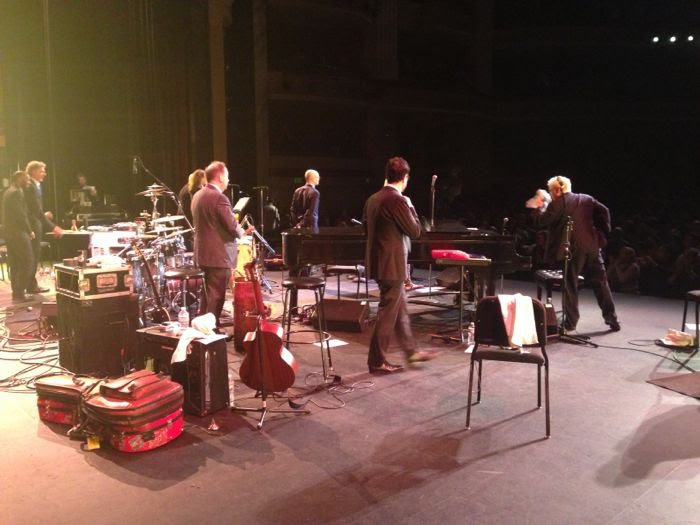 By the time they announced they were playing the last song, Maria had pulled me out of the wings to dance with her. I'll never forget our dance, sharing her joy, feeling the gift of that special night. 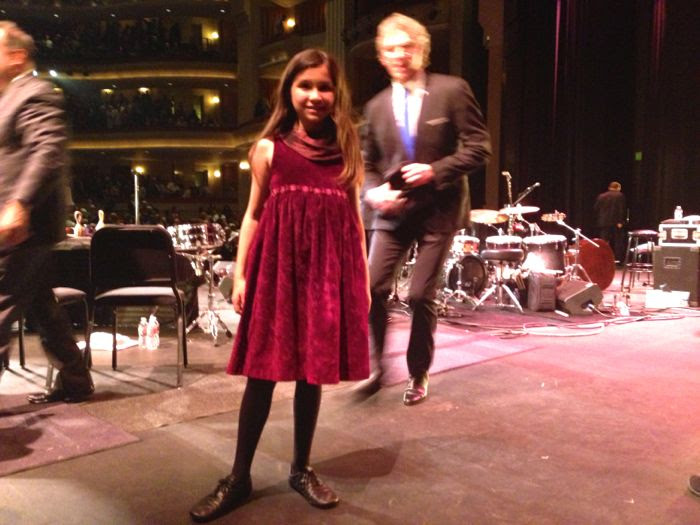 Before leaving the stage, I wanted to get one more picture of Maria, with the band in the shot... and that's when Brian dashed in, again. And he said nice things to Maria, and then... 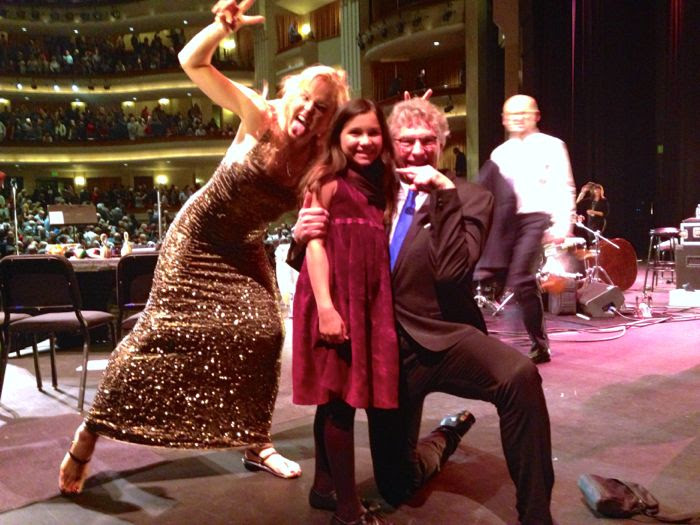 Then things got even more fun! Storm Large rocked this photobomb! 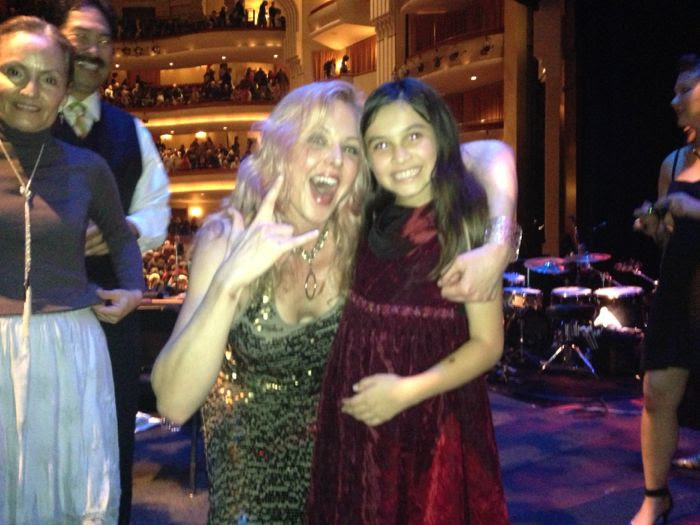 Dear Storm Large, thank you. Maria is still glowing, and grinning, still singing, and still thrilled to have shaken hands with you. Your singing moved us to tears and happiness, and we hope we have the pleasure of seeing you again. 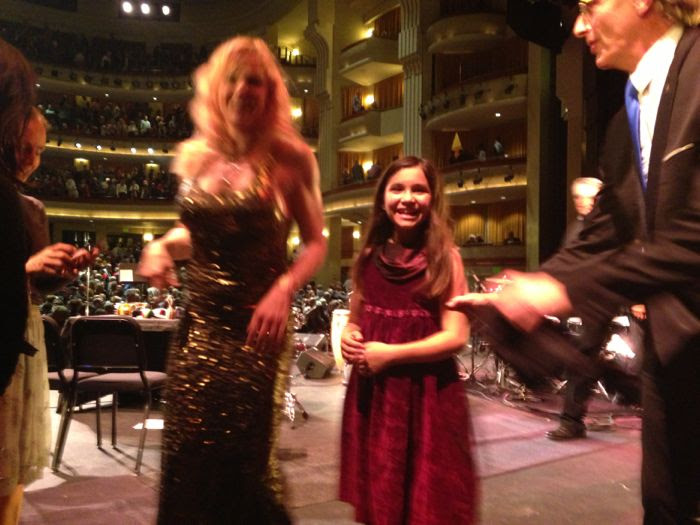 Yeah, I'd say we had great seats! Didn't use them, much, but they were great. We had fun walking out to the cars, passing my iPhone between us and delving into the pictures and videos. William, Alex, Max and Bambi were happy for Maria... we all knew it was a really special thing to have happened, but she's a special girl. Improbable as it all was, something about it felt just right, like a happy dream.
Posted by Natalie, the Chickenblogger at Wednesday, December 10, 2014

I just wanted to say thank you to you, for going to the effort to write your very enjoyable blog. I think you have a simply wonderful family...bless you for raising such a great bunch of young people who will be such an addition to our world.

Fantastic! And I have never heard of the band but I will def take a listen!!