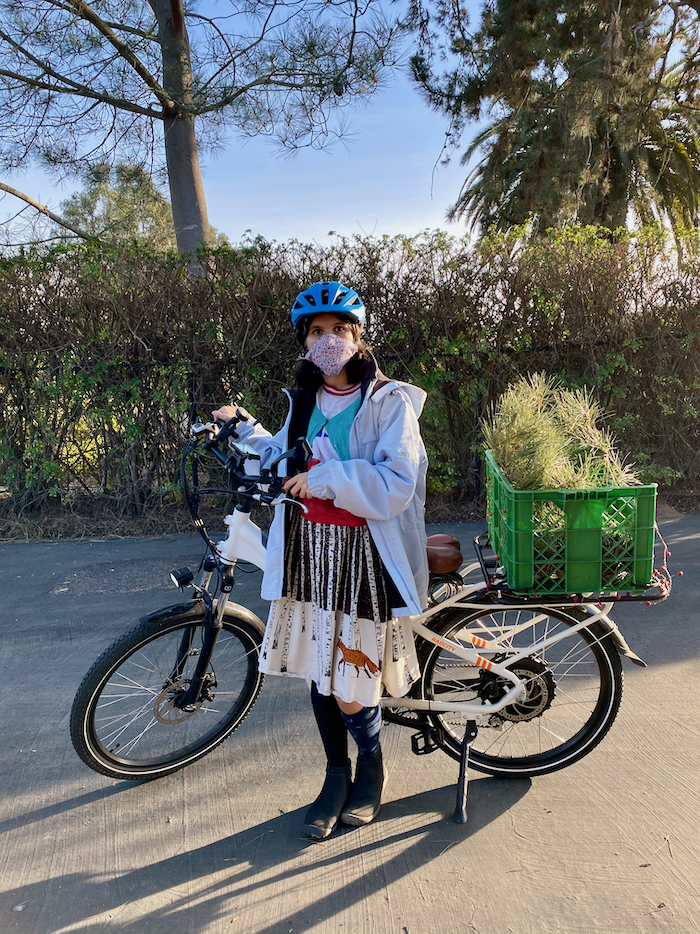 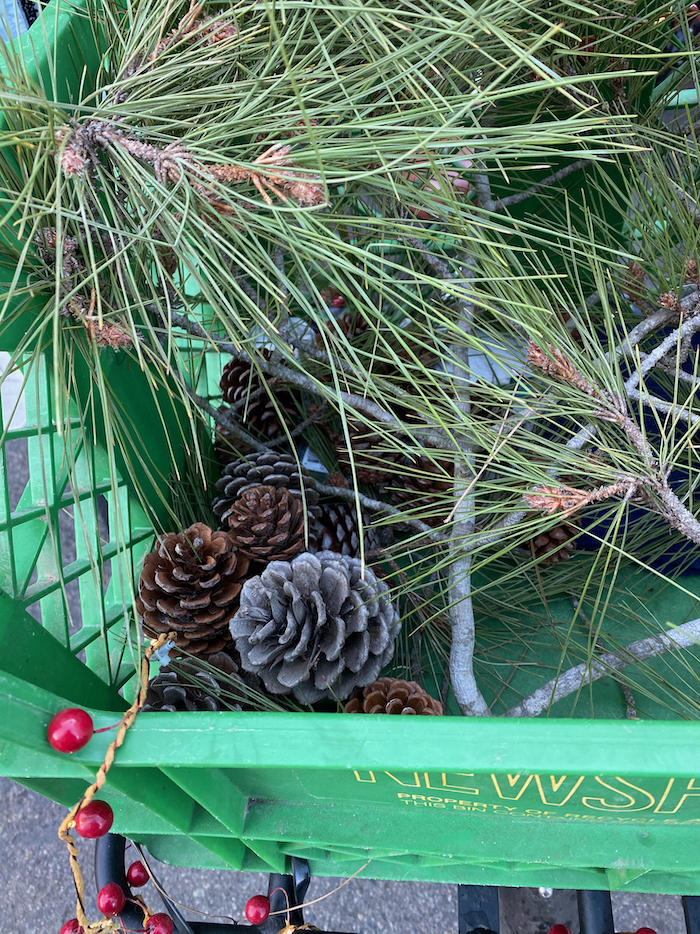 We are home for the holidays, and it feels extra special now that Maria is on break from school. She and I have been on a couple of bike rides, even stopping at my favorite spot, where we can collect pinecones. 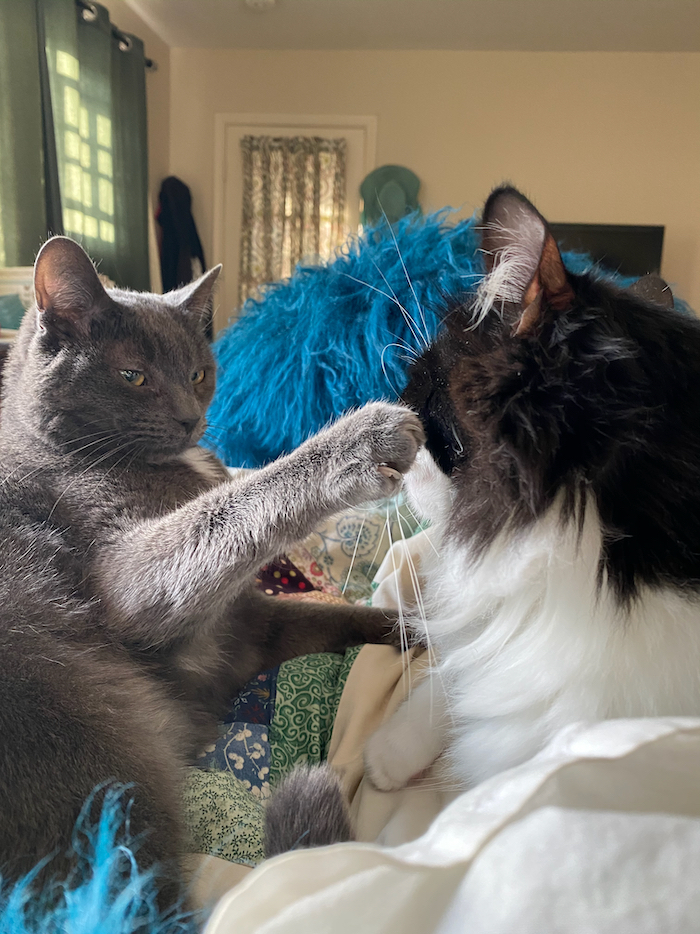 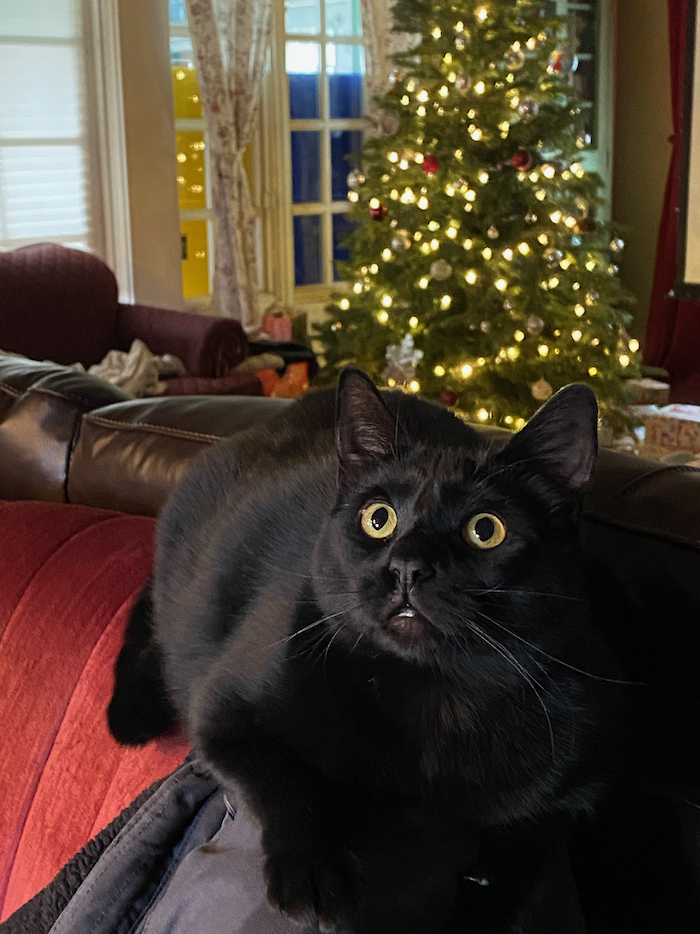 We wonder what the cats will think when COVID is managed, and they don't have the near constant company of seven doting humans! Cairo, especially, is over the moon about having Geoff working from home. A few times a day, Geoff calls me to come get your cat, or come look at this cat! Cairo makes himself right at home on Geoff's lap, hanging over Geoff's arms, and leaving his furry calling card all over Geoff's shorts. Again, and again, we declare our gratitude to have the kitties, their antics and company, their warmth, and goofiness. 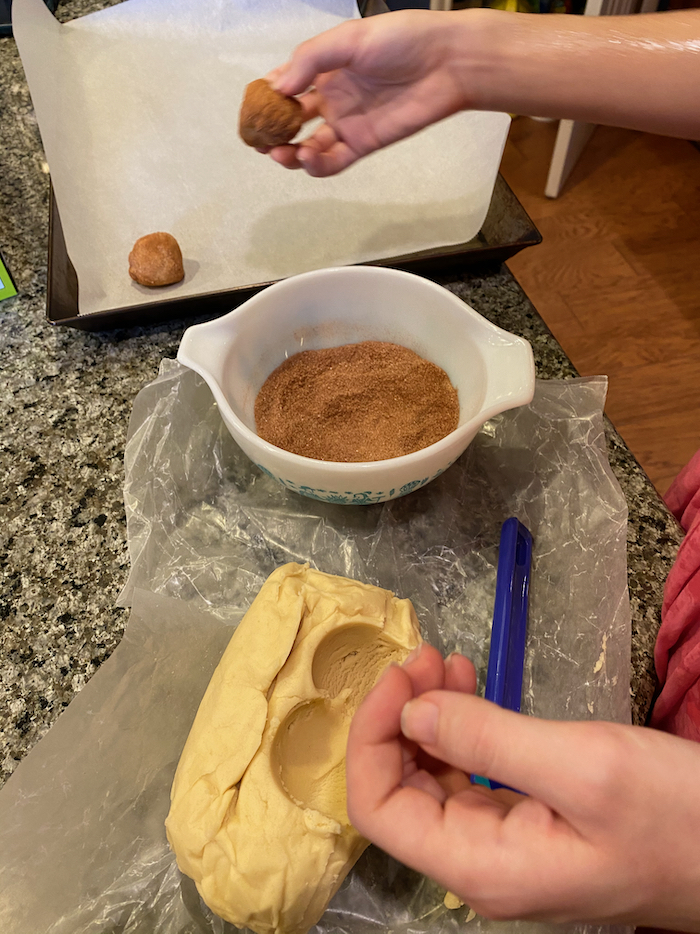 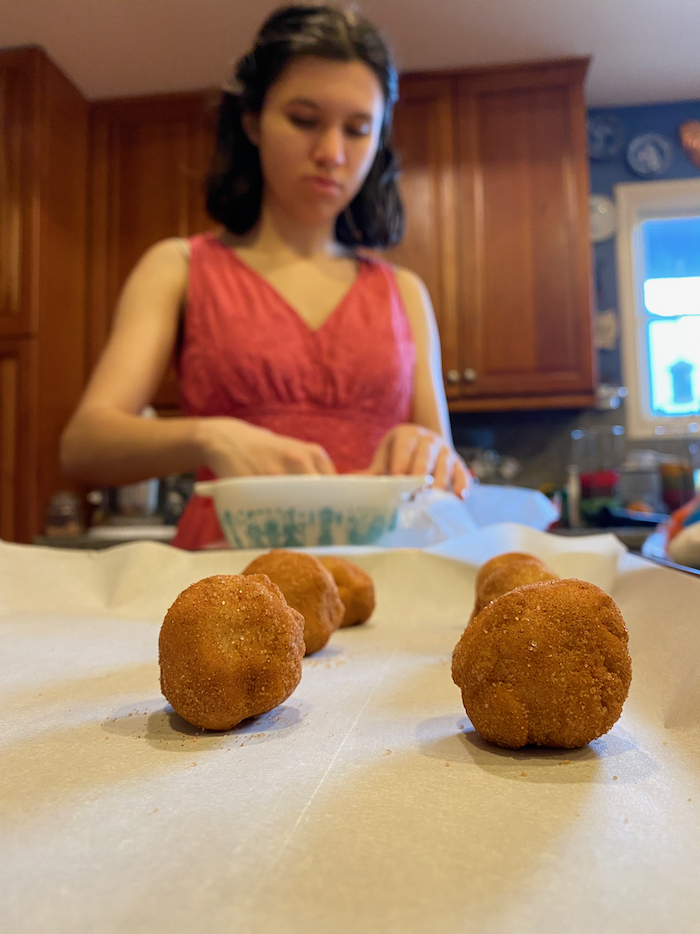 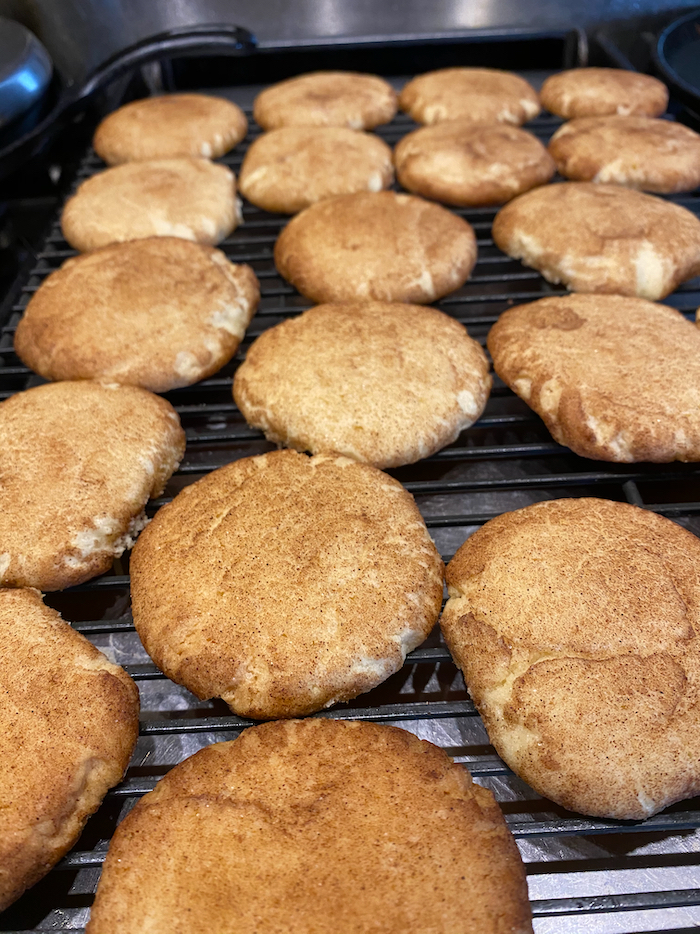 About a week ago, Max sat beside me and asked about our holiday plans, mentioning some hopes and wishes. They love to plan a kind of sleep-over for Christmas Eve, when they push togehter sleeping pads and mattresses and read aloud, watch videos, and laugh a lot. He asked about cookies. Might there be some baking, could we try our hand at snickerdoodles? He hoped, too, we could have spinach and ham quiche for Christmas. Then we talked about churros and hot chocolate. We've never tried making churros, but we have gained a lot of confidence about cooking and baking new things, so we will be giving that a try, soon. I found a recipe for the snickerdoodles, and even though I had to wade through tons of prose and ads to get to the actual recipe, it was worth it! 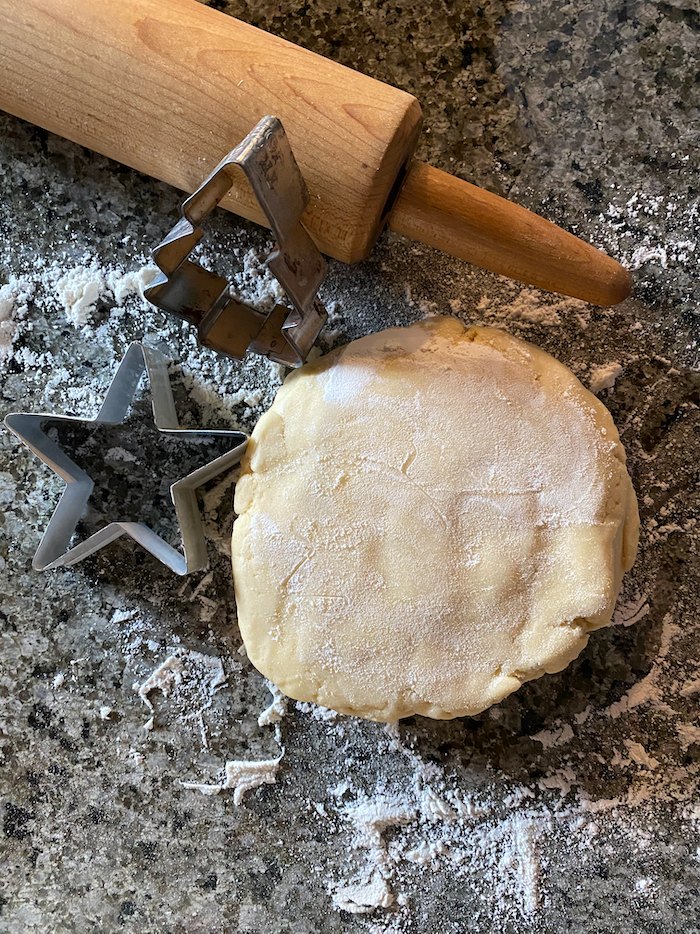 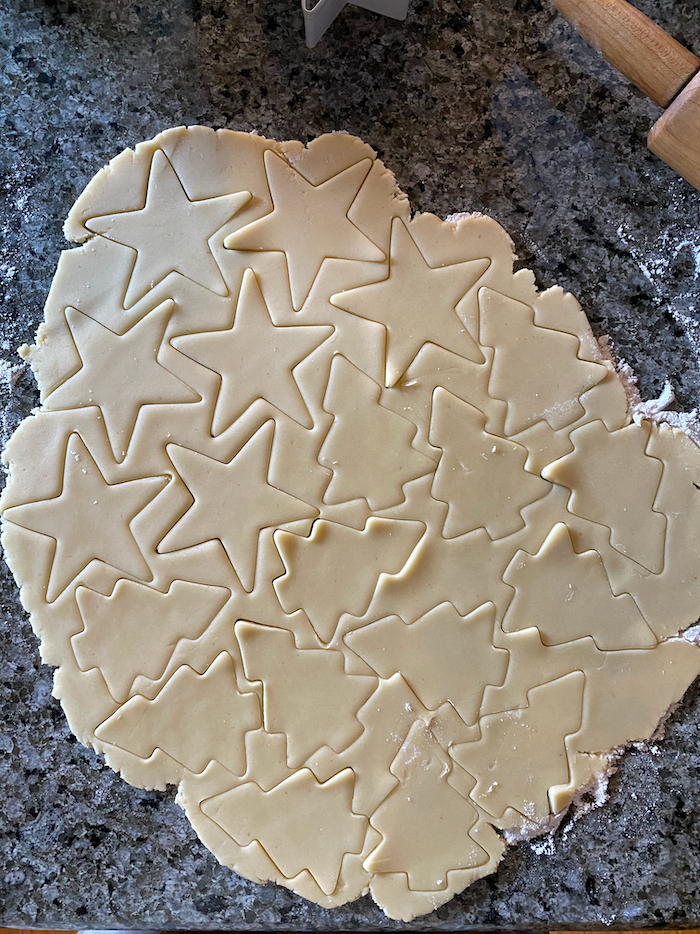 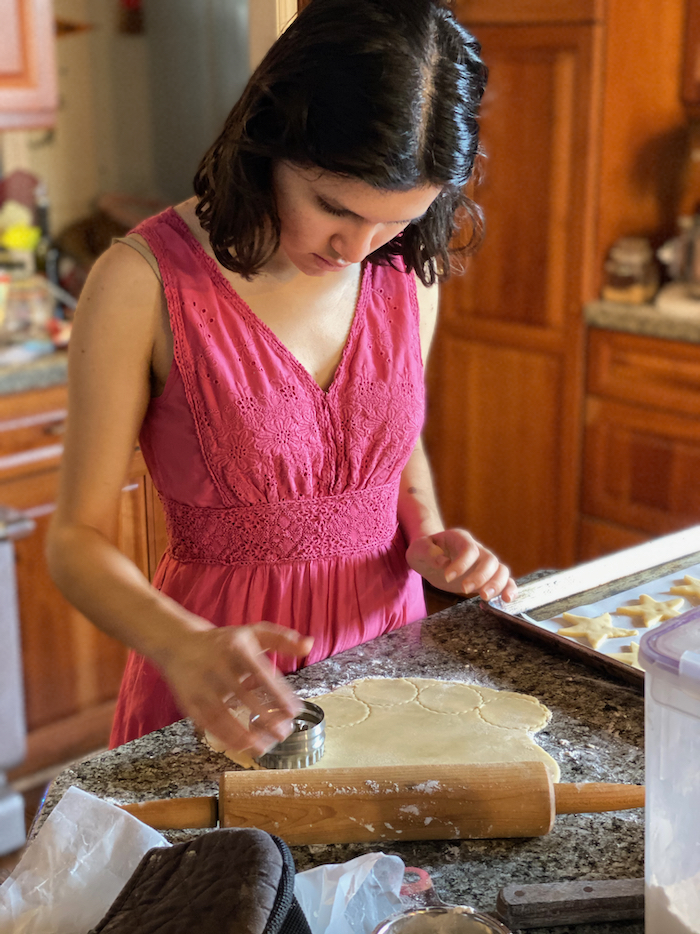 With Christmas Carols playing, and some candles lit, Maria and I got to baking, and feeling merry and bright. It was a relaxed and welcome activity. One thing I figured out was that even though we wanted a variety of cookies, we didn't need too many, and so I made the one recipe, and split the dough... half for snickerdoodles, and half to cut and ice. It worked out really well. 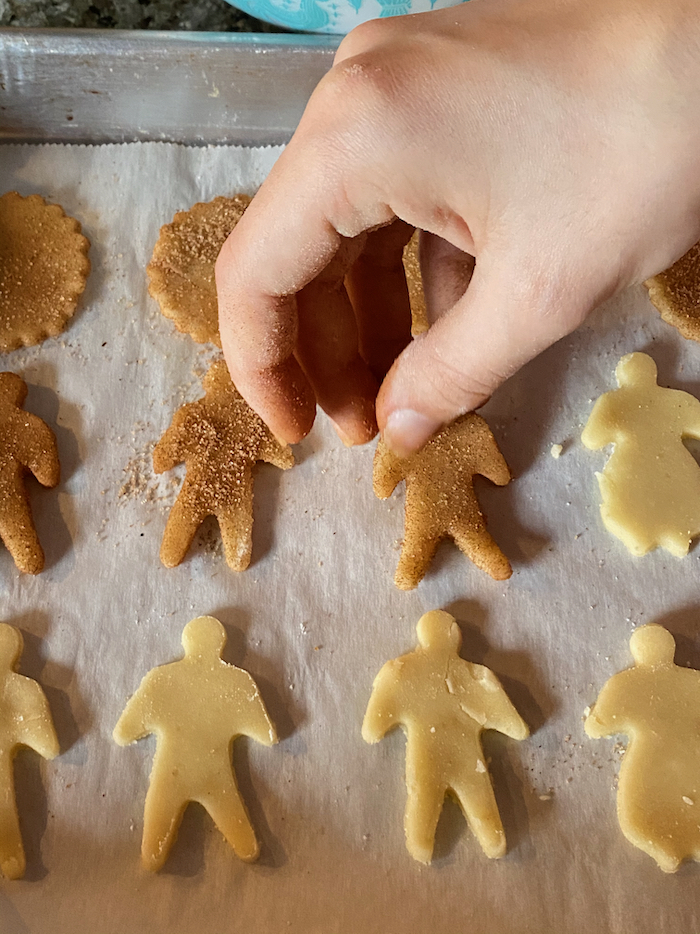 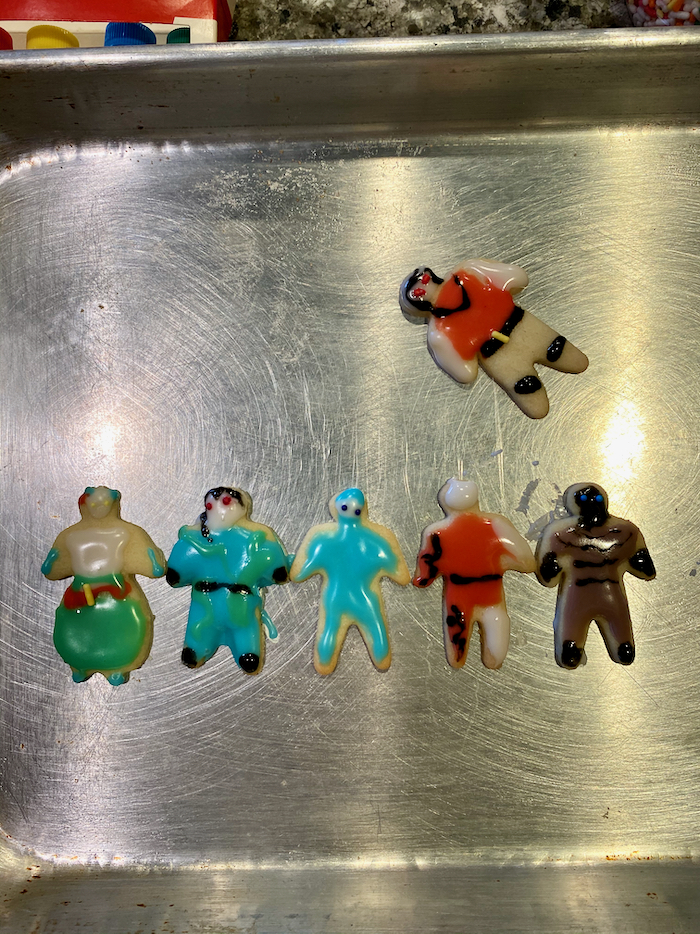 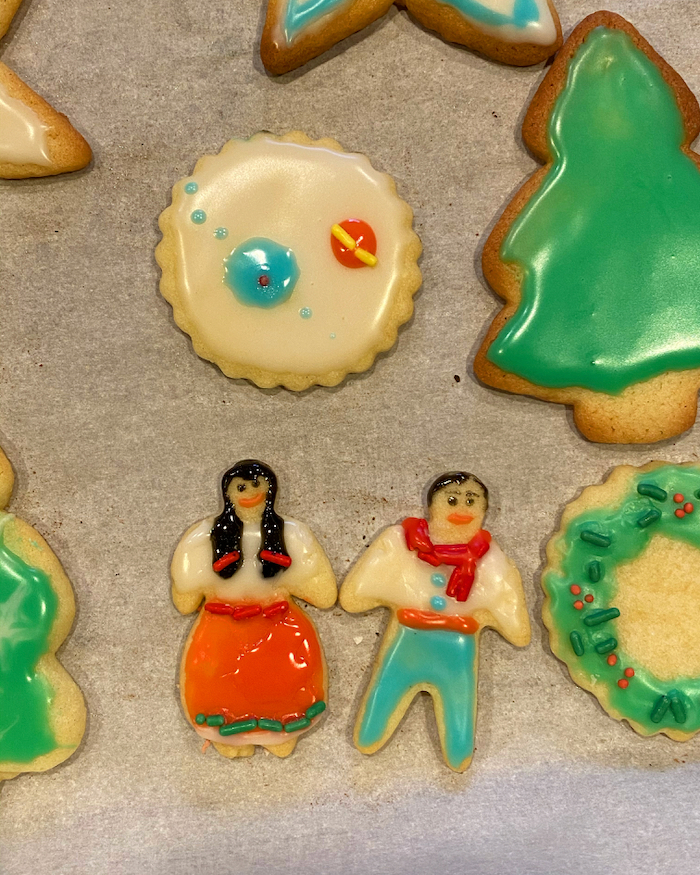 The snickerdoodles came out of the oven soft, and a bit chewy, which I like. Maria likes crisp cookies so she decided to turn a few of the cut out cookies into snickerdoodle-people, coated in sugar with cinnamon. Then I proposed that they ice the little people to look like their D & D characters, and that was a big hit with Alex, Bambi, and Maria. I made a couple of stargazers, and a nod to the Jupiter and Saturn convergance. Even though we packed up the regular snickerdoodles in a box, the next day they were crisp, too, which was a happy outcome for all.
Posted by Natalie, the Chickenblogger at Wednesday, December 23, 2020