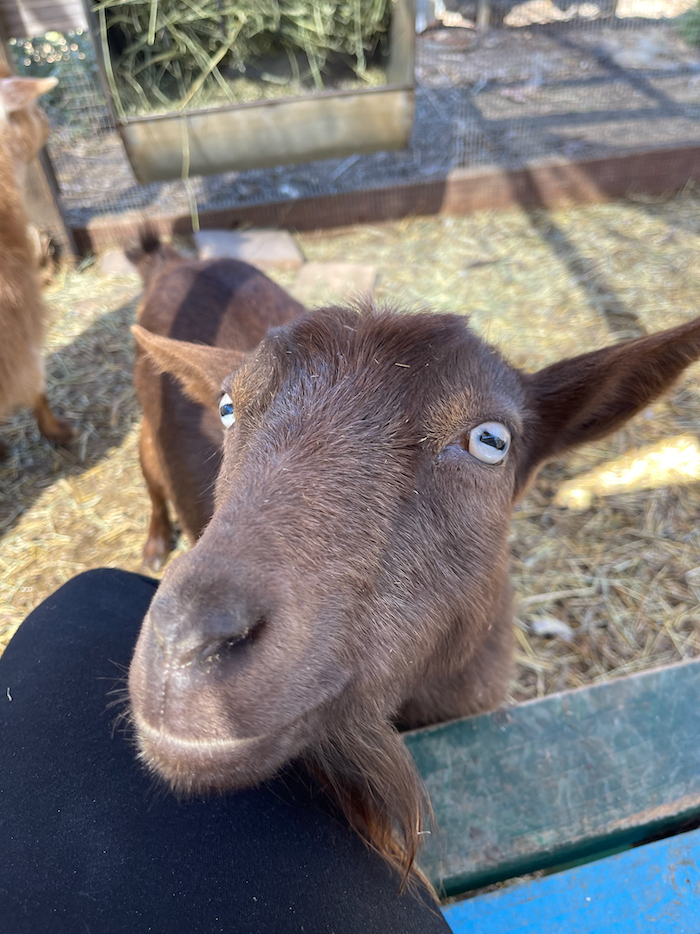 Nine years ago, today, our dear Tasha was born. She was one of five, and probably the smallest of the trip ('Trip' of goats might come from the Middle Dutch word 'trippen,' which means to skip or hop.) We didn't meet her until she was at the feedstore, in April. I met two goats that day, Tasha, nutmeg brown and white, and litte Ada, a caramel. Ada was born later the same week, on February 25. As little prepared as we were, I couldn't resist bringing them home. I had longed for goats for several years, and had been reading and researching for months. It has been a treat, an honor, a barrel of laughs, some small frustrations, which always end in more laughs, having these two beings in our lives. 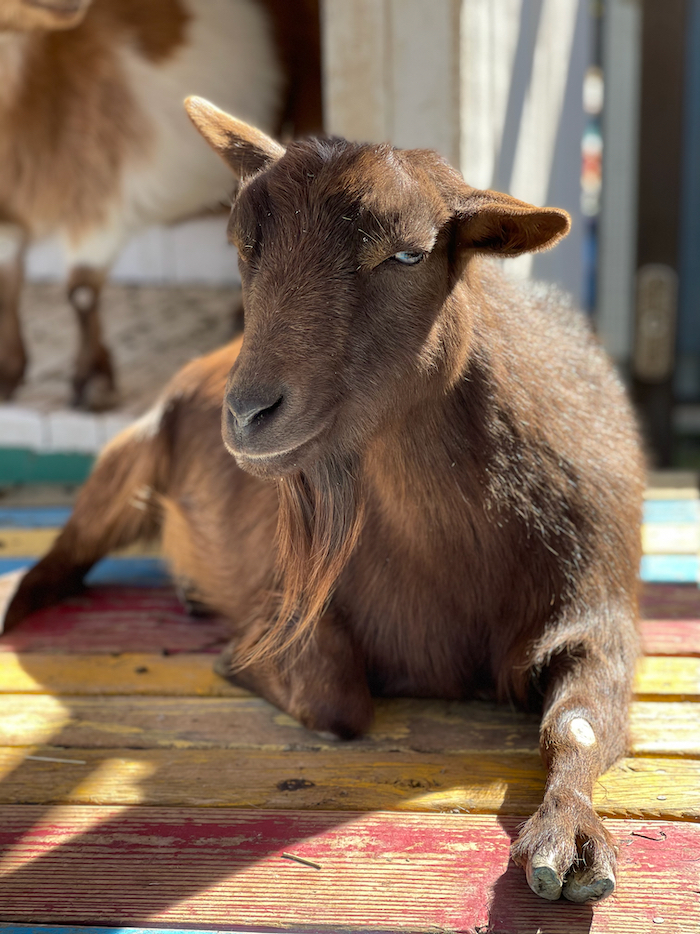 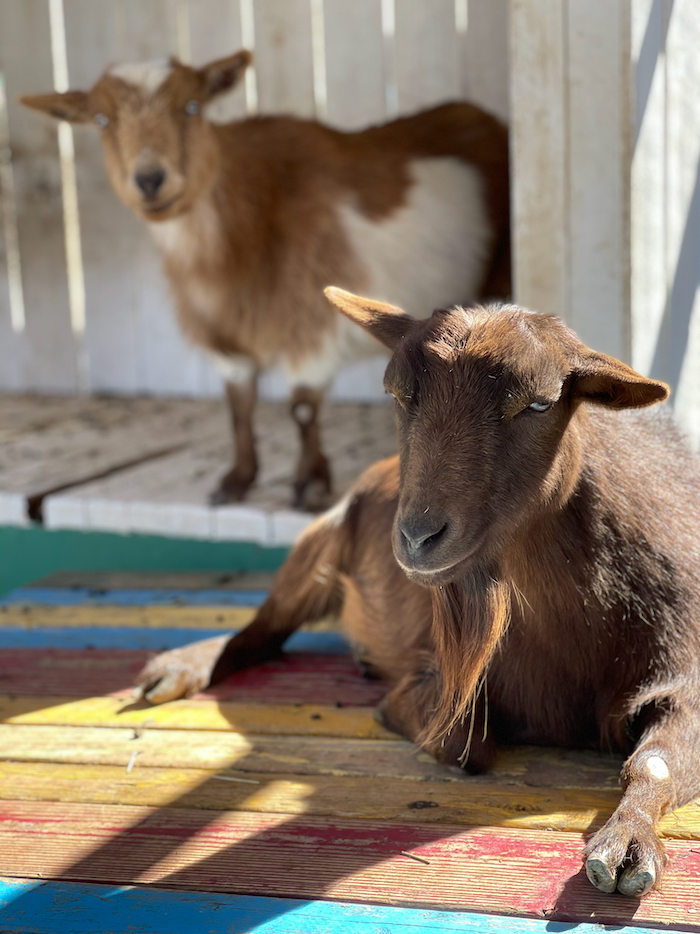 Tasha was named for the artist and author, Tasha Tudor. Maria and I regularly read her books, and took inspiration from her free spirited life and philosophies. And Tasha Tudor loved goats. Tasha is our smaller, quieter goat. She is a bit more headstrong about some things, like investigating tight spaces (getting stuck) and going on adventures (escaping.) She doesn't have much to say, but she expresses her pleasure when we bring out a brush, or carry a piece of licorice. 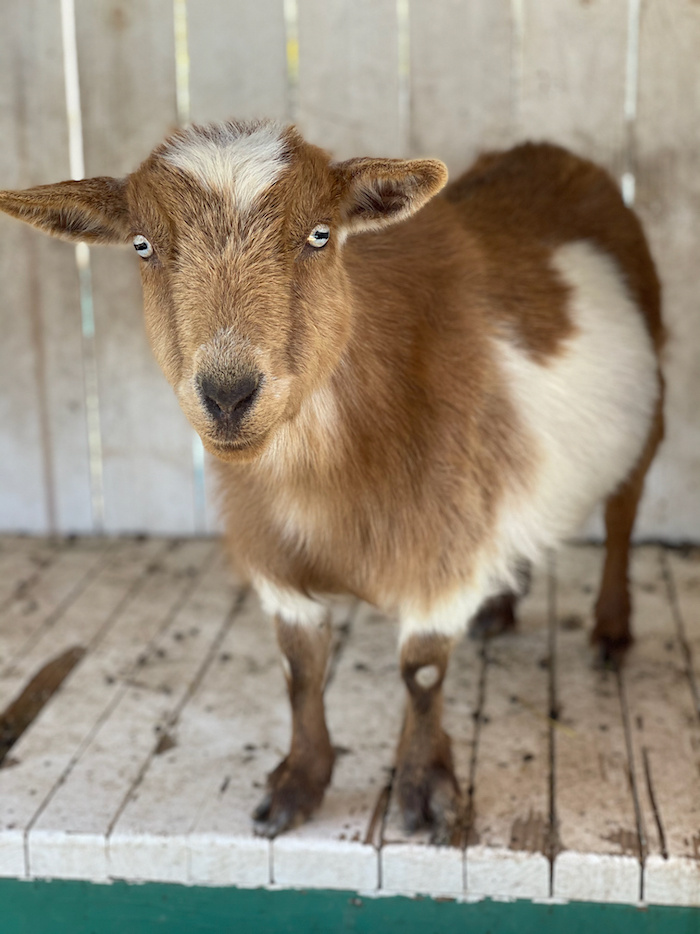 Ada will be 9 years old on Thursday. She was named for the English mathematician and writer, Augusta Ada King, Countess of Lovelace, who was one of the first computer programmers (well before those machines were what we recognize today.) We appreciate this woman's contributions, and admire her accomplishments. I don't know what she thought of goats. But our little caramel colored goat had a lacey patch of white spots on her head, which made me think of the ornate headpieces and lacey caps worn during the Regency era, of Ada Lovelace's time. Ada speaks frequently, and with devotion, and she seems to be the one in charge, between the two goats. I don't think it's because she is too bossy, so much as obliging Tasha is too mellow to object. Ada loves food, which makes her easier to re-direct than Tasha, and she loves to let everyone know that she's watching, she sees you, she'd like to chat. Bring a snack, let's catch-up, she invites when she catches you out hanging laundry, or standing on the porch. She's even spied me upstairs, in my room... there is no mistaking when she's tracked you down with her big blue eyes, and wants you to come out, and visit.
Happy Birthdays, Goats! Some presents are on their way, and extra brushes, runs, and even more affection, are all your due!
Posted by Natalie, the Chickenblogger at Monday, February 22, 2021

The goaters are something extra special. Happy belated birthday, Tasha and Ada!!