June 10, 1971. My brother Billy and I were with a babysitter, and I think her mother kept rabbits. Hundreds and hundreds of rabbits. They were in cages, under long tin roofed shelters, like the ones usually housing chickens. While we waited with the babysitter she took us out to see the rabbits. We had two rabbits in a hutch in our yard. I can still smell the alfalfa pellets and the salted sweetness of celery ripped in half. They had babies that were naked and pink, with closed eyes; they became more adorable everyday. I didn't hold the sitter's rabbits or even pet them. We just looked at them and I tried to imagine releasing all of them.

My cousin Debbie, her long curly hair tied in pony tails with yarn ribbons, was visiting once and she wanted to hold our white rabbit. As she was seven years old and I was only five, she had the confidence of her years and knew best. She got hold of the white rabbit and held him close, and I was surprised to see how big he really was. When his legs dangled down and he was not all bunched up, he really was a big bunny. Bigger than a cat. Someone took our picture. I stood beside Debbie and envied her authoritative air, her sophisticated demeanor. I wanted to hold my big white bunny, but she assured me he was getting scratchy and I would likely not be able to manage him.

At four and half years old I was even less likely to reach in to those cages and hug a bunny. I don't remember what Billy thought of the hundreds of bunnies or of being with this lady who was taking care of us while our Mommy was at the hospital having a baby. Having a sister. One thing I was confident of was that I would be getting a sister. What else would they bring me? I already had a brother.

What a shame that a four year old child's memories are so much like a dream; so full of non-sequential incidences and fog. What I can clearly recall was that sometime after seeing the bunnies we came in possession of a birthday cake for Billy and took it to our house. The blue icing was brilliant and smelled of frosted sweetness and sugared anticipation. The anticipation is all that I can remember of the cake, because I don't have any memory of eating it. I am standing in the kitchen of the little white house on "A" Street, looking at the decorated blue happy birthday cake that smells like goodness and the phone on the wall began to ring. I think it was a green phone. The sitter answered and she smiled a lot and said "Ohhh," the warm, happy way that people sigh when a baby is born, so I knew my sister was finally here. And I wanted to hold the phone and hear the news for myself and tell my Mommy about the presence of this beautiful cake with real decorator frosting and about hundreds of rabbits sitting in cages, under long houses.

The sitter said, "Okay." And she hung up. I looked at the phone and realized it was too late. It wasn't going to ring again and I could not know when I'd have another chance to talk to my Mommy, so I was sort of really mad at the sitter. Even though she was very nice and pretty I was getting tired of the arrangement. And then she blurted out, "You have a baby brother!" I looked back at the phone on the wall and asked her to find my Mommy, "I think there's been a mistake." And I wondered what she had to be so happy about. It wasn't her baby brother. She even knew his name before I did and she blurted again, "His name is Hansel." My memory at this point is clear: I wanted to be hearing all of this from my Mommy.

Hans was small but very strong and he cried till his body was the color of baby beets. Everyone still tells of how heavy a baby he was. He surprised people from his small yet heavy body. I remember him being bathed in the kitchen sink and I admired the way he wailed in protest and the color would rise up from his legs and reach his face with a nice loud cry. I liked it when strangers in the market would stop my Mommy so they could admire Hans, and say how cute he was and big, and my Mommy would light up and I felt proud too.

When company came my Mommy would take Hans to her room when his diaper needed changing, then she would stand in the hall entry holding his back side up for everyone to see his clean bottom, which she loved. I waited to see the looks on people's faces. They always laughed, because it really was a cute bottom. And everyday he just got more adorable. His dark hair curled and his eyes smiled. He "showed" his new teeth by opening his mouth wide, but with his lips curled over his gums. He made a face where he would pull his upper lip down and elongate his nostrils, making them look like church windows, which was very funny. In kindergarten when all the children were supposed to answer what they wanted to be when they grew up, there were a lot of "nurses" and "firefighters." He was only five years old, and he was reading already, and Hans' answer was: "I want to be a millionaire." 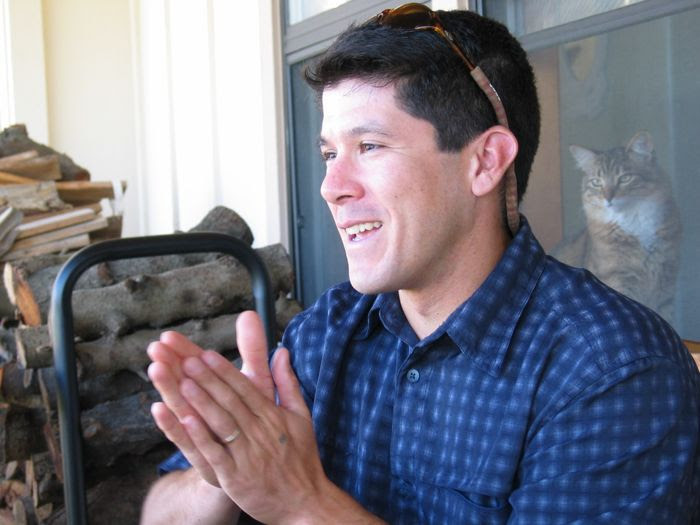 In 1971, on June 10th , I got another brother,and my Mommy named him Hansel. We call him Hans. He has eyes that smile, and he's very strong, emotionally and physically. I wonder if his hair still curls. It's short now. When I was four, I believed I was supposed to have a baby sister. I cannot imagine not having Hans. He motivates me and makes me laugh, and he has a dedication to his work and his play that is thrilling to witness. Bill, Hans and I have had a thousand good times together and some difficult ones too. We were meant to be brothers and sister. 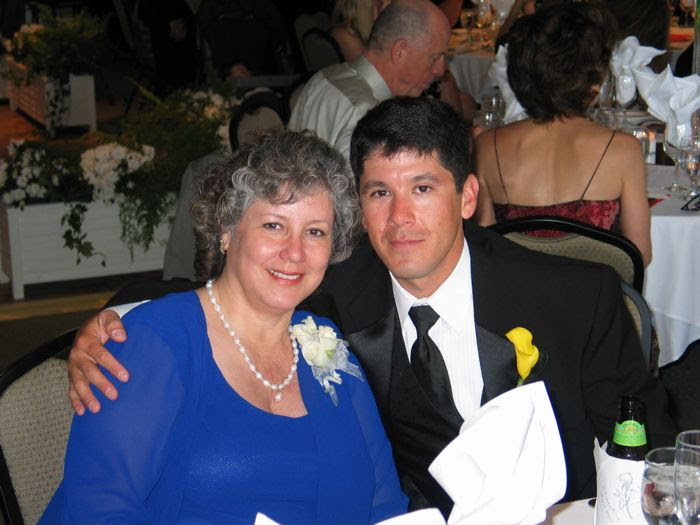 My Mommy still lights up when people ask her about her son Hans, and I feel proud too.
Posted by Natalie, the Chickenblogger at Tuesday, June 10, 2003

I posted a selfie with Tasha, and she looks so cute, like the extra kind, and pretty, friend that glows in every picture, can keep a secret, listens, and will always take your side, before she gives you sound advice. "This is a no judgement space," she says, as she leans in to give a hug." Her heart is as flawless as her sweet face.
February 24, 2021
10:41 am
Lately, I have been listening to audio books, especially when I am sewing, and for 15 minutes to fall asleep. I love the timer! I started with The Secret Garden, then moved on to The Fellowship of the Ring. About half way through The Two Towers I needed a break from long poems and broad swords, so I switched to The Martian. The Martian is one of my favorite movies, and I am loving the book.
February 24, 2021
10:30 am
Today is Tasha Tudor Goat's 9th birthday. I'll probably write a proper post about this, filling in details, including archives, and photographs. For one thing, I have a gift for making much ado of little to nothing, for another thing, little to nothing else is going on, except for endless housework, which does not count. What I am wondering is... should I go back out to the garden and take up to date photos of the birthday goat, or will no one notice how old the pictures are, and my efforts to keep things fresh and accurate, true, researched, thoughtful, are almost pointless (and even likelier, only an excuse to neglect aforementioned housework)? (Also... question mark inside, or outside the paren?) I'll take new pictures. But first, toast.
February 21
10:00 am