Life of Foo and Benjamin, Too 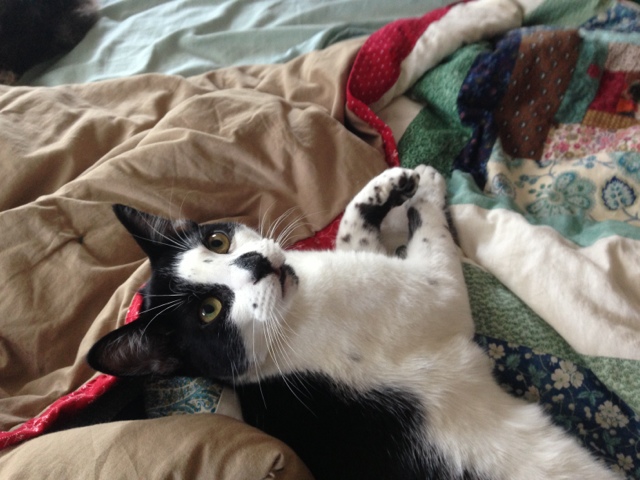 This is not an innocent Foo.  This is a ninja in cat's pajamas.  He is the sneak attacker.  The, spring upon the unsuspecting, beast.  He pounces.  He pursues.  He goes for dangling footies, for elbows, knees, threads, feathers, laces, and anything twitchy.  We have all been his prey, his victim.  We buy band aids wholesale.  But none of us endures more unrelenting abuse and attention than Benjamin Franklin Thundercat.
Mister Washburn Foo makes Benjamin's days long, and his nights too suspenseful for peace.  Benjamin has an uncanny ability to be both attractive and helpless under attack.  He cannot muster a stern enough meow to dissuade Foo.  He cannot redirect the Foo.  He is helpless before the Foo.
I think Chango must look upon these engagements with disgust.  Chango lays down the law.  A swift swipe, a commanding meow, which clearly states:  Do not even think about it.  Mister Foo is stopped, sometimes mid-air, by just one glare from Chango's commanding face.
We are barely hopeful.  Foo will mellow, Benjamin will survive, peace will prevail.  Maybe?  hopefully?  And sometimes I catch a glimpse of what might be... something we hope will be the rule, and not the exception... 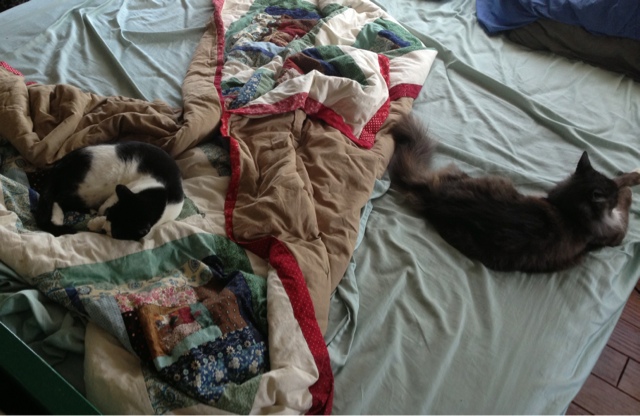 They're practically adoring each other! 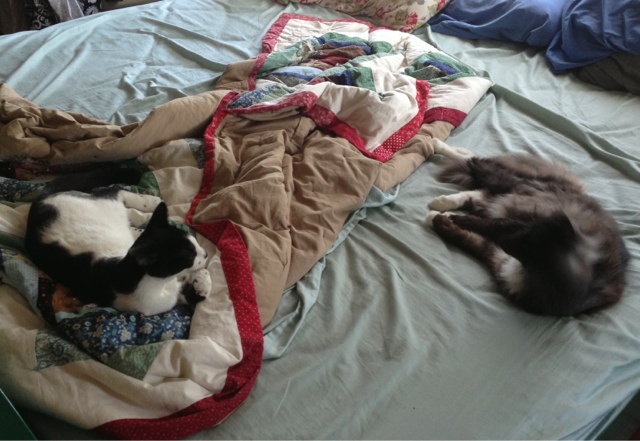 Synchronized cat bathing. Facing each other.  In the same room.
Peace.  There is hope.
Posted by Natalie, the Chickenblogger at Friday, September 13, 2013