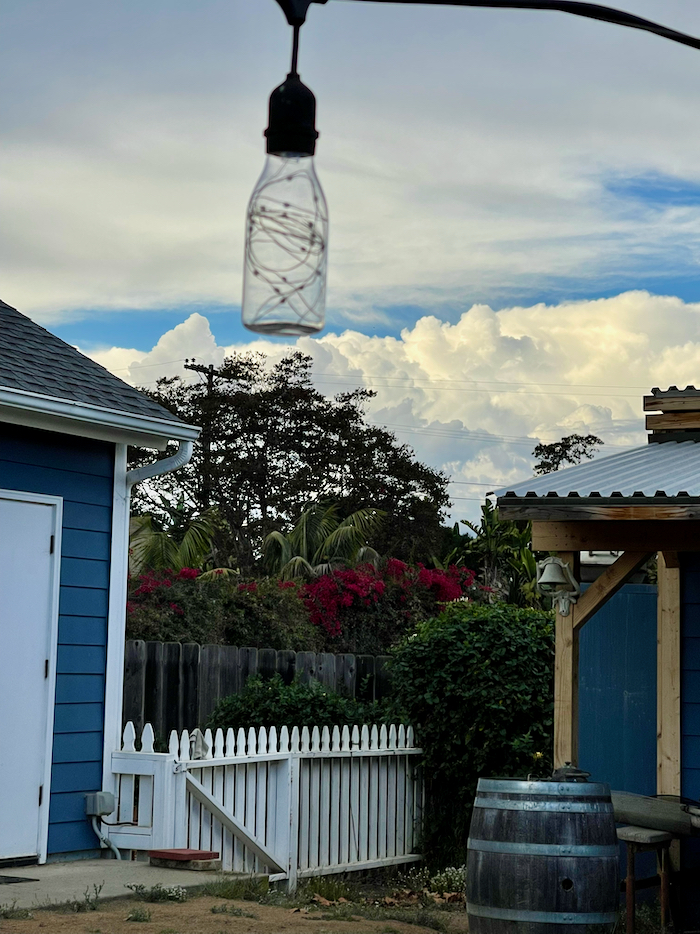 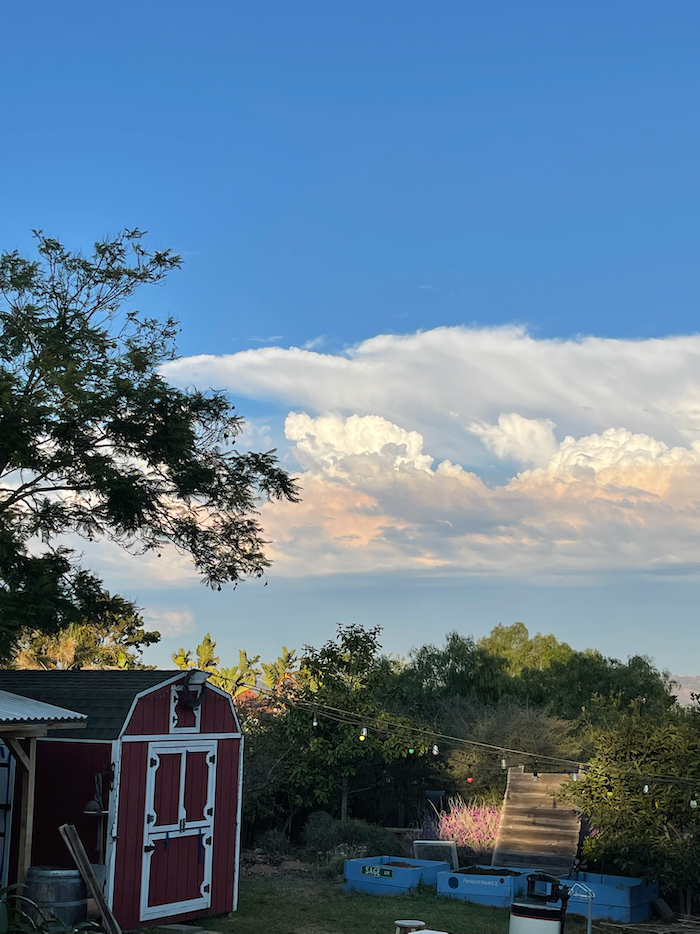 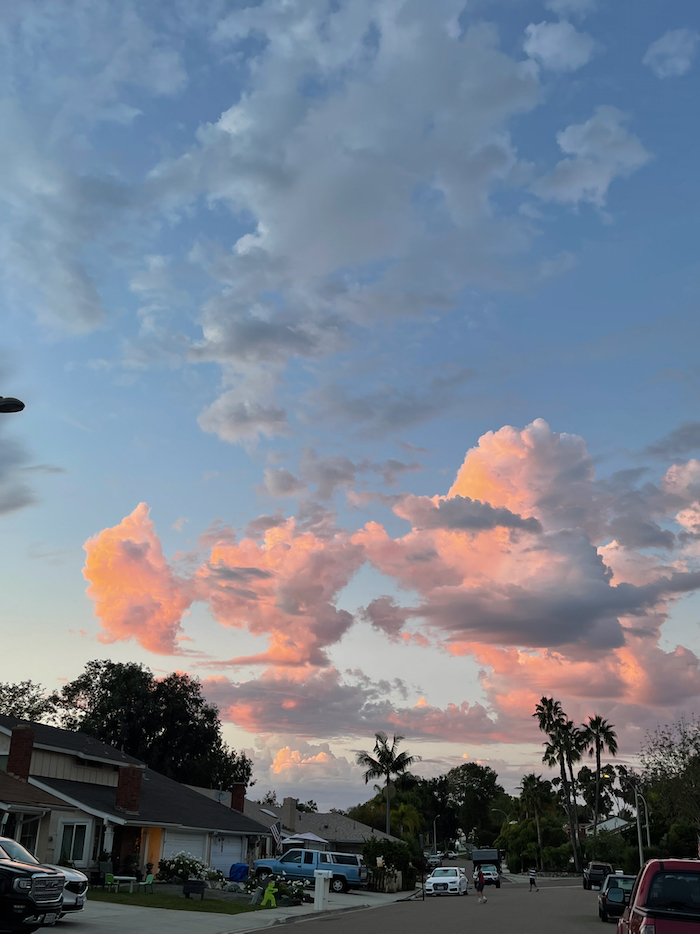 Yesterdays's clouds continued to build and move, and the sunset painted them in a breathtaking array of colors and moods. In every direction we turned, the sky was spectacular. Geoff and I went out on our usual ride, but at the half way point the darkening eastern sky lit up in fantastic bolts of lightning! So we made a bee line for home, and I probably squeal-screamed about every other minute, then pedaled harder. We could see the storm was moving fast, and we really hoped to be faster! At home, we found Alex, Max, Maria, Bambi, and William watching from the backyard. The storm was still staying to the east, and some of us were trying to film the lightning. Maria captured some action, and we thought that our entertainment would move along, as these sort of rare storms do. Instead, this storm got bigger, louder, and lasted until pre-dawn, with lots and lots of rain, and wind. We ate our dinner on the porch, for maximum show value. One strike was so loud and bright, even Geoff screamed. The cats circled around our feet, Grace-goat pealed long plaintive bleats, while Tasha kept under the shelter, and very quiet. I imagine Ada was huddled with Tasha, and the chickens dozed contentedly. I've seen those hens sit in the wide open through hairy weather and look untterly unruffled. Our candlelight dinner was like a merry holiday. This morning, Janece and I compared notes, and she says Paul watched a weather segment, and learned that this storm made a double pass, traveling out to sea, gathering energy, and coming around, again! I have never been through a longer lasting, more dramatic thunder storm in San Diego County... this was Midwest level, or Sonora, or Guatemala! If Geoff gets any weather in Madison, he should be a bit acclimated for it. I wonder if our weather will head out east. I hope it holds off until everyone is under a good roof, and in the mood for lights and action!
Posted by Natalie, the Chickenblogger at Tuesday, October 05, 2021

Those are not "just clouds", those are "gorgeous, technicolour dreamboat clouds!"

That ad? I am so hungry now, and not for _just_ any food!
It was hard to ride safely, without getting lost in the clouds. I couldn't take my eyes off of them.