This is iPhone Album Three

Yes, all the inspiration I need is a handful of grainy, poorly lit, low res images taken from my mobile device, to bring me to Chickenblog, to play show and tell!

It doesn't even matter that the pictures aren't the best. It's about the moments, the memory triggers, the prompts. I am reminded of details, of entire days and experiences, I see trends, growth, shifts... especially now that I have iPhone Album One, and iPhone Album Two to look back on, too.

What's on your camera phone? 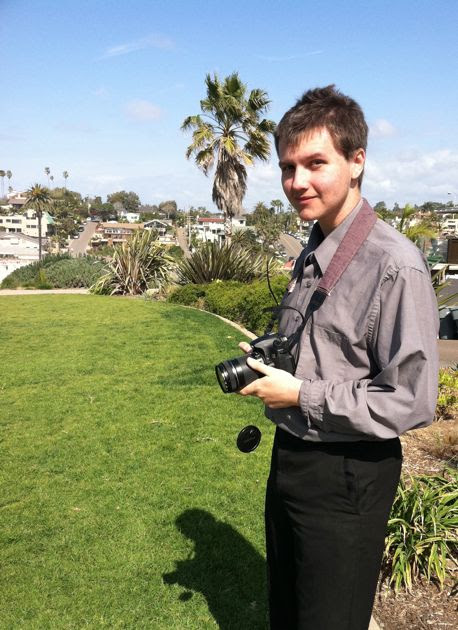 Alex asked if he could take my Big Black Beautiful Camera out on the town. He's been learning photography skills, and using them for his paintings. He and I went on a photo walk, looking for the scenes and places he's thinking of painting.

I remember thinking two things: I love the privilege of hanging out with my children, of connecting, and observing, and I was really glad I at least had my iPhone camera, because I love, love, love taking pictures. 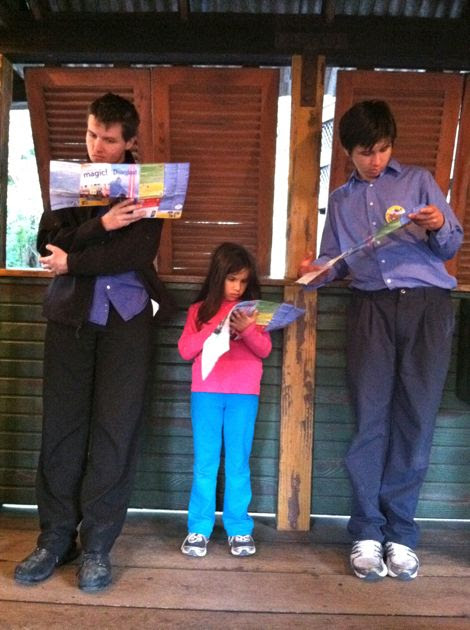 Evidently, on Leap Day, a certain Southern California amusement icon is open for twenty-four hours. If you're lucky, and your mother is a bit nuts, you can map a course of twenty-four happyness. Just be sure to keep your day of scholarly rebellion on the down low. Ahem.

And yes, this is a candid shot. Love their synchronized geekness. 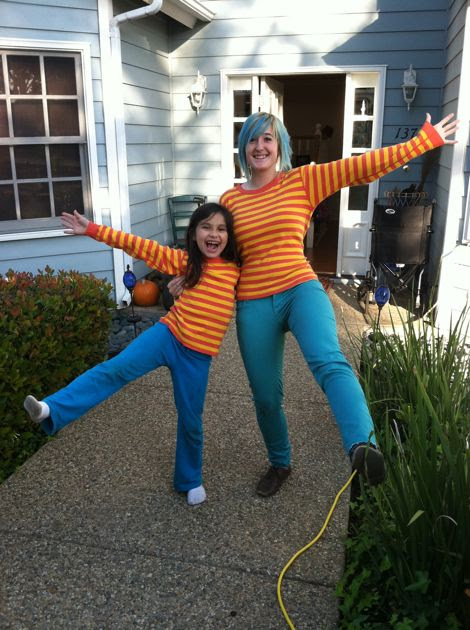 Speaking of synchronized, Maria and Suki discovered they're bros. There is even a bro dance. I have the happy feeling these two will be friends for life. My mom is in town, and now we see a new trend. She has an iPhone, too, and she is an app-addict! It's adorable-hilarious. During her stay she and I would have these sessions, where she would get me caught up on the new and the cool, in iPhone technology. And honestly, without her tutorials, and some good tips from Holly, and Karen S, I would still be using my iPhone to make phone calls. Silly me. Lol.

So, here I am. Comic me. This app takes an image and gives it a cell shaded, comic book look. And yes, it is pretty super fun to play with, which is why when Maria got a hold of my iPhone she took about forty two pictures, in an hour. 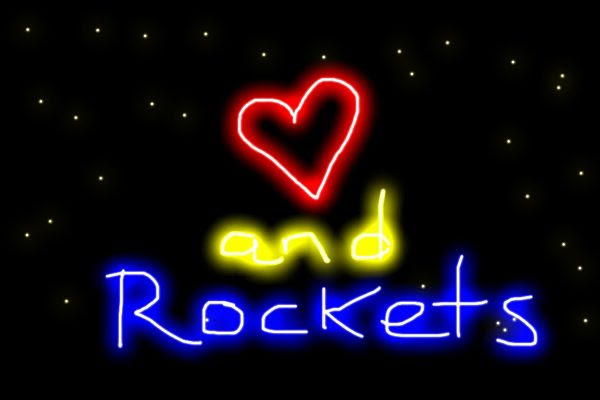 Glo-app! A touch screen drawing app, with a glow feature. They think of everything. I love that my mommy has all this hip knowledge and that she can help me keep up with modern devices! Basically, this app is all about dragging your index finger across the screen and doodling. I wrote the name of our Young Makers Club, Love and Rockets. I hope you've heard of our Young Makers Club. It's pretty awesome. 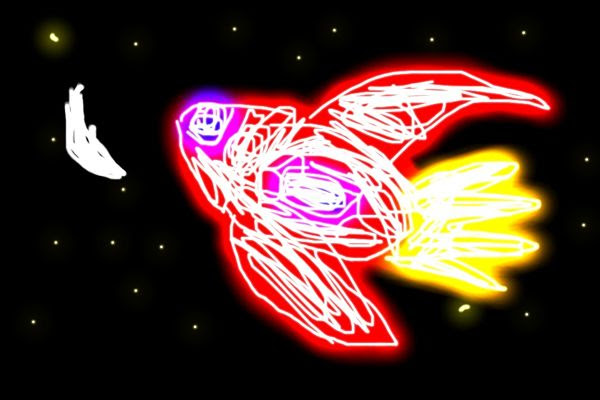 And now, Maria is playing with the glo-app, and she is pretty awesome, like her Grandma. Mom, you're smart. For a buck and change, I have a clever app that can keep a small one amused and entertained during those moments when a small distraction is most welcome. 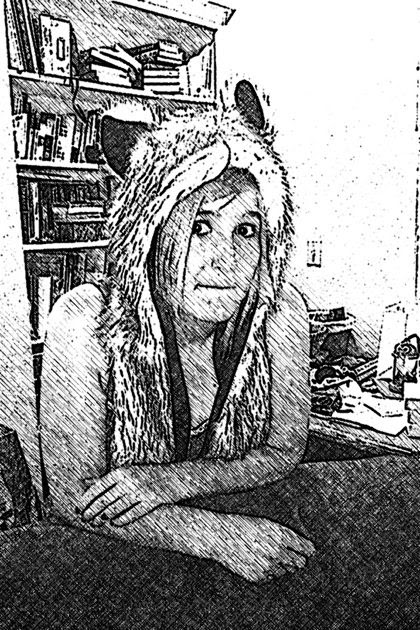 Ah-ha! So. You can probably imagine all the fun Maria had, walking all over the house, with a hand-held device that turns everyone and everything into a page from Take on Me. Yeah, super fun. 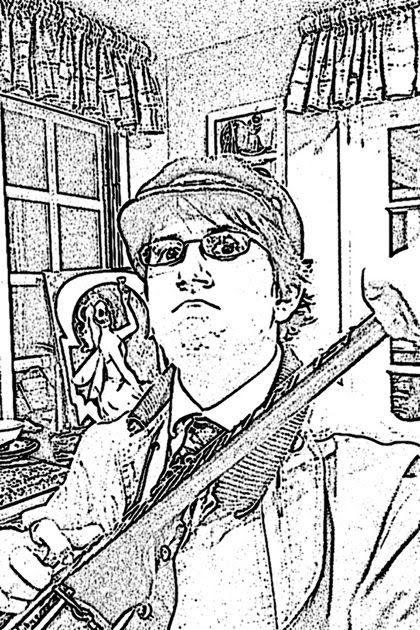 Okay. I'm done. For now. But believe me, it's hard to put down the iPhone and comic app. 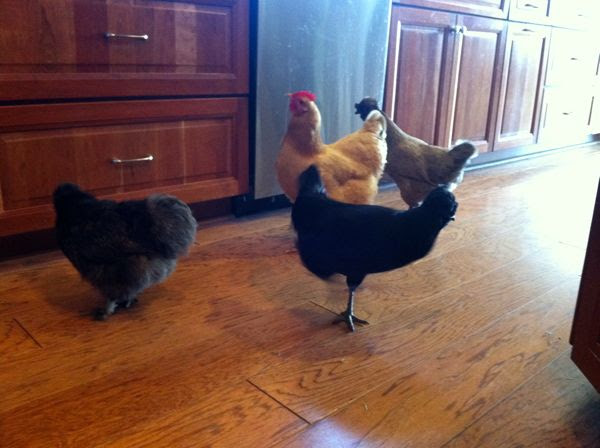 At last! The floor cleaners arrive. Yes, they clean the floor, and yes, you have to scoot them out right away if want the floor to stay clean. I love my chicas. 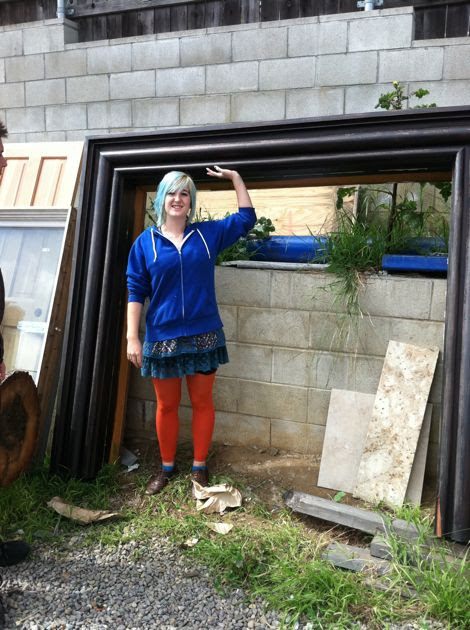 I brought Alex, Maria, and Suki barn door shopping. Suki and Alex thought this could be suitable for framing. Wouldn't it be cool? On a wall, outside, and then you could recreate artistic still scenes, photograph them, paint them, maybe comic-app them? We had a good time.

And also, we remembered to actually look for doors to add to the barn. I took pictures of many options, sent them to Geoff and waited to see what he thought of our favorites. Handy-handy iPhone. 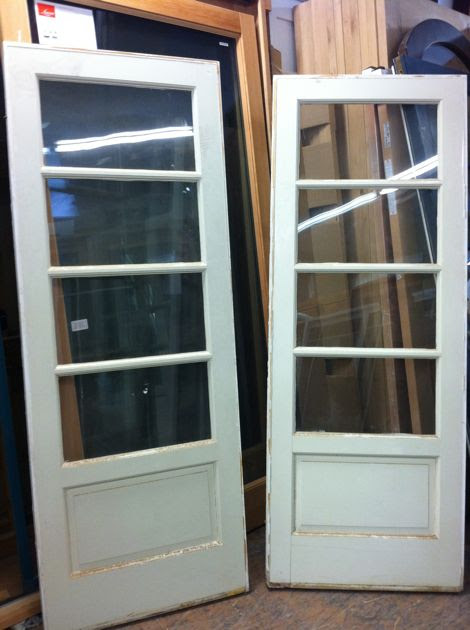 Here they are. Geoff and I returned to the salvage shop, and decided these two doors will be ideal. They've got a little history on them, a little dust, a little character, and they are going to let some morning light into the chicken coop.

Well, dear iPhone, you've done it again. You have been cute and convenient, a marvelous tool, and I am so very thankful for what you keep, for the play, the aid, the memories. Let us never part!

ah, ah ah!! You let your chickens into your kitchen! I love you and your family even more now!

Yes, buy that giant frame, put it on the barn wall and paint inside of it with chalkboard paint. Can you imagine!??

I used to be a total snob about camera phone pics because they were terrible. Apple proved they don't have to be, and I adore all of these moments! My mom recently got an iPad and it has been a hoot to see her get comfortable with it, and actually show ME things! I love every bit of this. I say that a lot, don't I? :)

Love it. When the kids were much younger, I convinced Geoff to make frames on a back fence. He hung large boards of varying sizes, then cut big molding strips... making our fence look like a massive art gallery. Then we painted them... the children painted some, and I played too. It was awesome. You are inspiring me to revive this idea!

We are in the "Our Moms Are Cool Club: OMAC!"
Katie, you know how to embrace life, and if you "love every bit of" anything, I figure it's gotta be good, too!

Those chickens are so very funny!

I don't know how you do it, but it seems no matter what tool you use, your pictures always touch me.

So awesome that you can use your phone for capturing images...I guess I am still old school using my camera.- the convience of haveing a phone that can do all that must be really appealing.

I've lived here all my life so how did I not know they were open 24 hours on leap day. Now I have to wait four years!!